Should Cannabis Transit Towards Recreational Space? 5 “HIGH” Stocks On ASX.

Is the world progressing at a pace that it would âgo greenâ when it comes to legalizing of cannabis? The controversy that this topic of taboo holds for the globe is paramount and never-ending; but lately, there has been paradigm shift and advancement in the cannabis space. Amid the debates and discussions, the one thing clear that is clear is that unlike older times, cannabis is no longer a topic to be nipped in the bud and can be openly talked about with the federal, state, and local authorities; paying heed to its positive effects on people and businesses.

Before we explore the cannabis space closer to home in Australia, let us look at a few positive developments that the no-more-a-taboo-word has made in recent times:

What is cannabis and why is it important?

Cannabis has its own adverse side effects if consumed in large amounts. However, the drug has found a safe haven in the medical industry after it has proved to be an aid to cure illnesses. Below mentioned is the medicinal significance of cannabis: 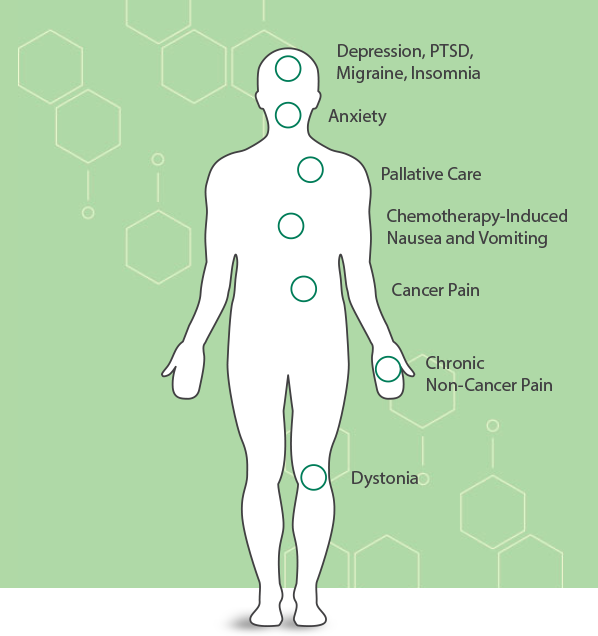 Cannabis in Australia and the recreational appeal:

Statistics say that almost 750,000 Australians use cannabis every week and it is the second most common drug type identified at toxicology for accidental deaths in 2016. Progressing along with other economies of the world, Australia legalised medicinal cannabis at the federal level in 2016. The recreational cannabis use is currently illegal in Australia and debates on its legalisation is doing its rounds amongst the countryâs senators and representatives. The cannabis market in the Aussie land is expected to be worth ~$55 billion by 2025.

Several market experts believe that Australia is falling behind by billions in tax revenue by failing and postponing legalisation of the recreational cannabis sales. It is arguable that the extra revenue generation from this sector can be further utilised towards causes of betterment like education, health and environment upgradation. Countries like the US and Canada, who have legalised cannabis, already reaping these benefits, should be considered as footprints to be followed. With one of the highest prevalence rates of cannabis in the country, Australians have often showcased their willingness to have cannabis legalised for recreational purposes and take pride to the fact that medical uses were made legal. 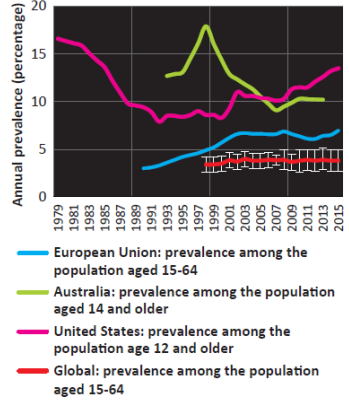 Who can use Cannabis in Australia?

The legal framework of The Narcotic Drug Amendment Bill 2016 allows cannabis cultivation in the country specially and only for medicinal and related research purposes. The law makes sure that during the commencement of the cultivation, production and manufacture of cannabis, international obligations are complied with. The cannabis use for recreational purposed is presently not legal in Australia.

There are three kinds of licenses prevalent in Australia associated with cultivation, production, packaging, storing and transportation of cannabis plants/resins: Cannabis Research Permit for research purposes, Medicinal Cannabis Permit for medicinal purposes and Cannabis Manufacture Permit for converting cannabis into drugs for research/medical use.

The market for medicinal cannabis in Australia is limited by demand. However, few companies are increasingly exporting after the export of medicinal cannabis products was legalised in February 2018 via the Narcotic Drugs Amendment (Cannabis) Regulations 2018.; like Medical Cannabis Australia have begun export to a German pharmaceutical research firm for research initiatives in developing pain-relieving drugs.

Even with the discussions and debates to blaze up recreational cannabis in moderation in the country by the contemporary section of parties and people, the issue remains in doldrums. What the future would have in store in this regard, would be an interesting watch.

Let us now look at 5 Pot Stocks, which listed on the Australian Securities Exchange and understand their latest updates and stock performances:

Profile: A cultivator, manufacturer and supplier of medical cannabis products, AC8 was listed on ASX in 1989.

Supply agreement: On 1 July 2019, the company signed a new supply agreement to buy a minimum of 30% cannabis resin from Tasmanian Alkaloids, the worldâs largest manufacturer of controlled substances producing alkaloid raw material, for an initial three-year period and extend the term by three more years. The company intends to obtain high-quality raw material for its hard-shell capsules and product pipeline.

Profile: AGH is the parent company of Althea Company Limited which holds several permits for the cultivation , importation and supply of medicinal cannabis in Australia.

First UK National Medical Cannabis Pilot: On 25 June 2019, the company announced that its wholly-owned subsidiary Althea MMJ UK Ltd had furthered its relationship with Drug Science for the Project TWENTY21, to enrol 20,000 patients before the end of 2021 post launch of UKâs first national pilot for medical cannabis.

AGHâs Patient growth over the past year (Source: Companyâs report)

Profile: BDA is a consumer discretionary player that distributes and markets two premium brands and products for the skincare, beauty and health industries, Dr Roebuckâs and BIOEFFECT. The company leverages the health benefits associated with cannabis and hemp.

New distribution Agreement: On 21 June 2019, the company announced that it has signed a distribution agreement with Burleigh Heads Cannabis (BHC) and partner associate, Cannabis Doctors Australia (CDA) for BDAâs pharma grade medicinal cannabis product, MediCabilisâ ¢, to meet growing demands. The company would access BHCâs wholesale network. CDA, on the other hand, had begun patient approvals for MediCabilisâ ¢ via its clinics and tele-health service.

Profile: Dedicated towards developing and commercialising pharmaceutical-grade hemp-based products for industrial, research and medical purposes, CPH was listed on ASX in 2016.

Revenue Generation from Canadian Cannabis Sales: CPH, via its Nova Scotia based Mernova Medical facility has commenced its first dried flower Canadian sale. The company expects initial delivery invoice of C$150K, which may generate more than C$5 million for the rest of the year.

Profile: A European based specialist medical cannabis biopharma company, the company aims to make Phytomedicines available in pharmacies and to patients in need. 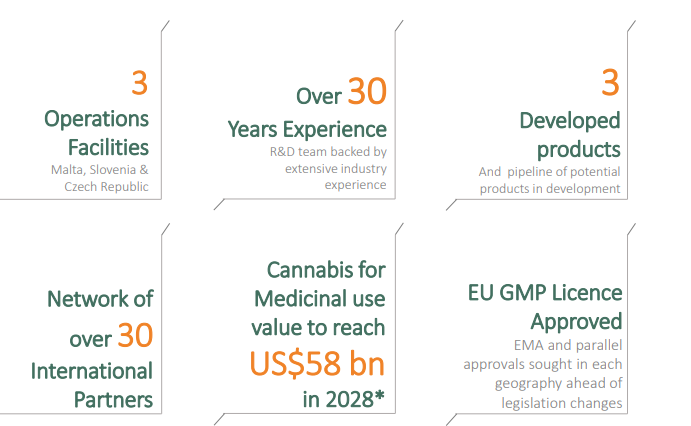 June Quarterly Report: On 11 July 2019, the company released its report for the three months ended 30 June 2019 and stated that sales and revenues had increased in the quarter with additional revenue of A$763k. Pharma product purchase orders received in the first month of operation were ~A$300k. Five global partners were signed who have access to the UK, Germany, Austria, Switzerland, Australia and Brazil market.