How Is The Trident Of U.S Inventory, Renewable Energy, And Oil Players Hitting The Oil Market?

The prices previously rose in the international market over the concern of supply disruption caused by the attack on Saudi’s oil tanker and middle east angst.

However, the United States- a contributor to the recent oil spill has built its inventory sharply, which in turn is exerting pressure on crude oil prices. 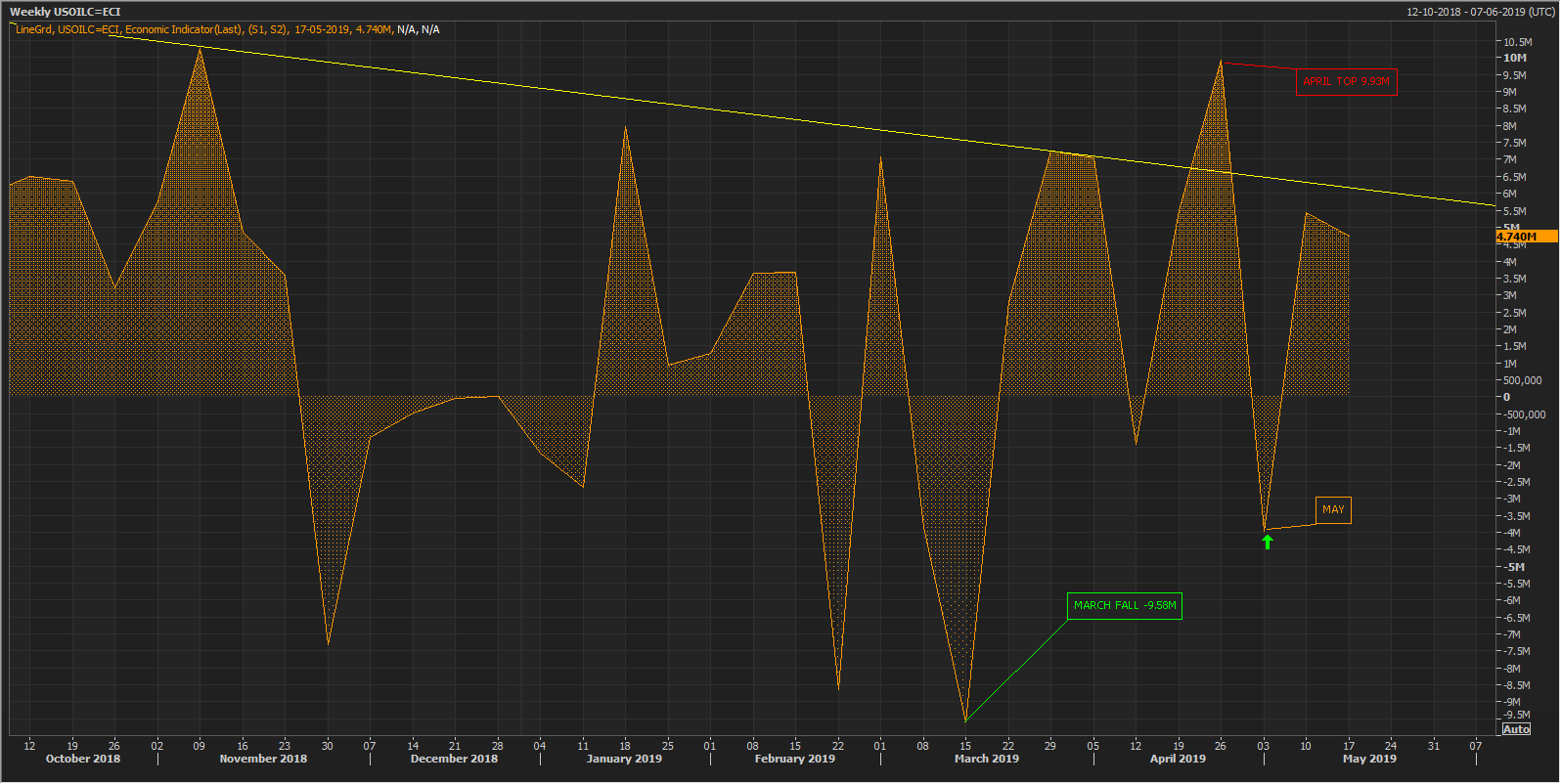 The overall inventory in the United States in March dropped till -9.58M barrels, which in turn, coupled with voluntary production cut from OPEC, raised the supply concerns in the global market and supported the prices.

April end marked the highest gain in inventory in the year 2019; the inventory rose till 9.93M (for the week ended 26th April 2019). The sudden increase in inventory exerted pressure on crude oil prices.

Apart from a rise in the inventory, another factor which should be taken into consideration by the market participants is the changing energy trend. The global economies are becoming more carbon resilient following the Euro-6 emission standards, which, in turn, is marking an inclination of the energy sector towards renewable energy.

Many international oil behemoths such as Total (France) and ENI (Italy) already included renewable energy projects under their portfolio. The major giants such as BP are burning extensive capitals on a renewable energy project. Such a divergence could signify that these significant oil mammoths are assessing the global oil scenario less optimistically. BP, in its outlook of oil, also mentioned that the global oil scenario is likely to mark an average demand in the long run, post a short-term demand boost.