The Australian health care sector represents a lucrative sector for investors with the potential to deliver huge profit in a short period of time. This sector comprises of medical service, medical insurance and medical equipment providers, as well as companies dealing in drug development and R&D activities. Demographic trends of the aging population, latest advancements in medical technology, invention of precision medicines, competition among health care providers and drug developers, and increasing popularity of medicinal cannabis are some of the factors contributing to growing interest of investors in the sector.

Besides, other variables that are taken into consideration include-

Hence, vigilance on the latest developments and other clinical information is required before capitalising money in stocks.

Letâs have a look at two players in health care sector, Mayne Pharma Group Limited (ASX: MYX) and CLINUVEL PHARMACEUTICALS LTD (ASX: CUV) and their recent updates on ASX. The comparative performance of MYX and CUV based on their YTD return is depicted in the figure below.

Headquartered in South Australia, ASX-listed Mayne Pharma is a technology-based pharmaceutical company with its expertise in developing novel drug delivery systems for the marketing of both branded and generic pharmaceuticals. With more than 100 clients across the globe, the company also deals in contract development and manufacturing services. MYX has a focus on treating womenâs health.

With over ten million American women using combination oral contraceptives, patches or vaginal rings each day, the contraceptive market in the United States stands at US$5.4 billion. 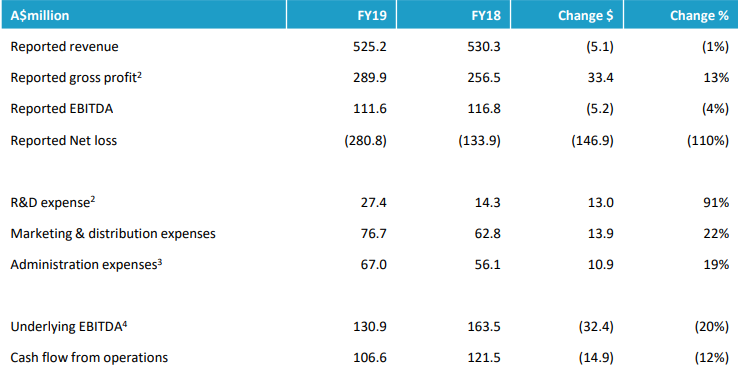 Headquartered in Melbourne, Australia, CLINUVEL PHARMACEUTICALS LTD is a global biopharmaceutical company engaged in the development of drugs targeted towards the treatment of patients suffering from a range of severe genetic and skin diseases. It came into existence after twenty years of testing the SCENESSEÂ® technology.

Dated 07 October 2019, the Company updated that the Employment Agreement of life science executive and CLINUVEL Managing Director Dr Philippe Wolgen has been renewed for a period of three years till 1 July 2022.

Dated 02 October 2019, CUV updated the market that a clarification notice has been released by US Food and Drug Administration regarding the PDUFA (Prescription Drug User Fee Act) goal date for review of the submission of CLINUVELâs principal candidate, SCENESSEÂ® (a formulation of synthetic peptide afamelanotide 16mg) scientific dossier to be on 8 October 2019, which was earlier reported to be on 06 October 2019 as a result of a miscommunication by the agency.