Previous Update: Great Southern Mining Ready to Get the Boots on the Ground; Porphyry Targets Identified at Edinburgh Park

The Company has been channelising its efforts towards the advancement of its Cox’s Find Project and has undertaken various activities like RC drill that have produced significant results. On 10 June 2020, GSN announced the commencement of the extensive Reverse Circulation (RC) and Diamond drill program, which is designed to build on the Company’s recent drilling success at the historic high-grade gold mine, at its Cox’s Find Project.

Break up of Drilling Program

With the expectation for the diamond drill rig to arrive on-site within a week, GSN has started with the initial phase of the 9000m drilling program using the RC drill rig on site. Moreover, the drilling program shall commence in two phases,

During the course of these two phases of drilling, a 3000m drill program will also be undertaken at GSN’s Mon Ami Gold Project that is located 80km to the south and 12km from Laverton, Western Australia.

Further, the RC drilling is designed to test the lateral extensions of the known mineralisation as well as testing the down plunge extension on the high-grade quartz lode that was historically mined. 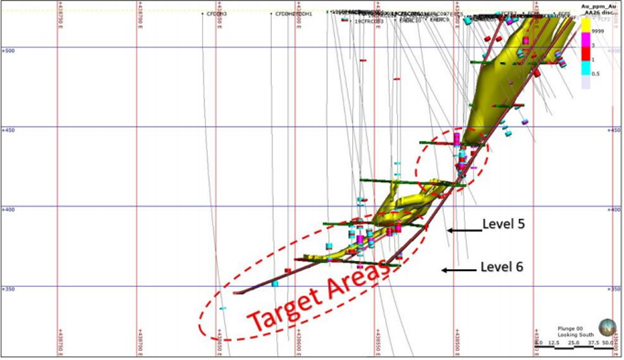 Moreover, the diamond drilling is intended to target the recently discovered unmined high-grade panel of mineralisation intersected between level five (132mbgl) and level six (158mbgl) to get an idea of the structural controls of the high-grade mineralisation.

In addition to this, there has been no diamond core drilling undertaken in the main lode of Cox’s Find and, this will be the maiden drill program of this nature to be undertaken by GSN.

GSN is optimistic that this program will offer invaluable insights into the structural setting of the high-grade mineralisation and will aid in the refinement of the geological model and facilitate in upcoming drill programs at Cox’s Find and for forthcoming untested targets. 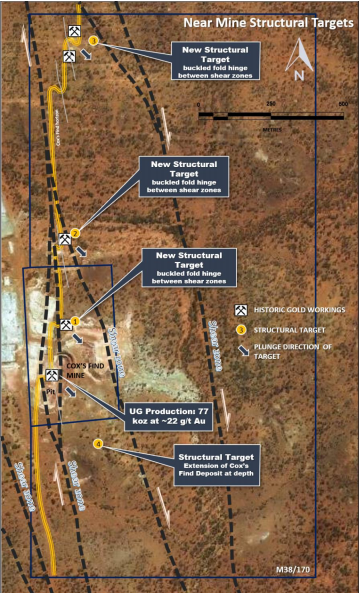 In addition to this, phase two of the drilling program will emphasise on numerous new near-mine exploration targets that offer untested geological ‘look-alike’ analogues for the Cox’s Find orebody that were identified and now field validated. Currently, the ranking of the targets is under progress and planning of a reconnaissance exploration drill program is underway as all three targets call for follow up work.