Five Small-Cap Stocks That Investors Have Been Eyeing

Small-cap stocks are those stocks which have market capitalisation of $300 million to $2 billion. The market cap of the company can be measured by a number of shares of outstanding times the price of each stock. During the expansion phase of the company, the stock price of small-cap companies generally go up, highlighting an advantage over the large-cap stocks. The companies categorised under small-cap stocks and less likely to pay a dividend because these companies re-invest their profit earned during the period as to grow their capital. The risk associated will these stocks are high when compared to the large to mid-cap stocks. These stocks may be ideal for those investors who have a long-term goal like saving for retirement or children’s education.

Why are Small-Cap stocks preferred by Investors?

Small-cap companies can be a good choice of investment when it comes to growth. The one who is investing in small-cap stocks gets a chance to get a foothold before the company explodes in size and stock price skyrockets. Therefore, if you can buy the stocks of small-cap companies at lower prices, there is a chance that you may earn a tidy profit later as the company grows and expand its operations.

Let’s look at following five Small-cap stocks that investors have been eying.

Simavita Limited is focussed on the development of disposable and wearable platform technologies for the healthcare market. Simavita is a MediaTech company which offers various products, which include SIM sensor, SIM pod, SIM assist application, SIM Wireless Fidelity enabling devices. Recently the company has announced the appointment of Dr John McBain as a Director. 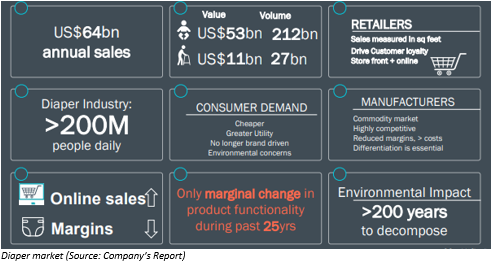 On 25 November 2019, the company is pleased to announce that it has received CE Mark approval for Smartz™. As a result, the Smartz™ now meets those standards which enable the technology to be sold throughout the European Economic Area. Smartz™ is an intuitive, easy to use technology, providing peace of mind to adults and infants. The Smartz™ can deliver a significant competitive advantage to major retailers, distributors and global diaper manufacturers.

On 14 November 2019, the company has confirmed the receipt of $683,621 under the Australian Government’s Research and Development Tax Incentive Scheme. The company’s net cash inflow after repayment of the Receivable Finance Facility and payment of fees is $379,663. Under the tax incentive scheme, the companies receive cash refunds for 43.5 per cent of eligible expenditure on R&D.

Bougainville Copper Limited, engaged in investment activities, is an independently managed company of Papua New Guinea. The company, via a release dated 25 October 2019, reported that there has been no production since 15 May 1989.

On 2 September 2019, the company has announced the half-yearly results for the period ended 30 June 2019, few highlights of the results are as follows:

On 18 November 2019, the company has announced the change few of its director’s interest. Below is the snapshot of the number of securities held after change by the directors: 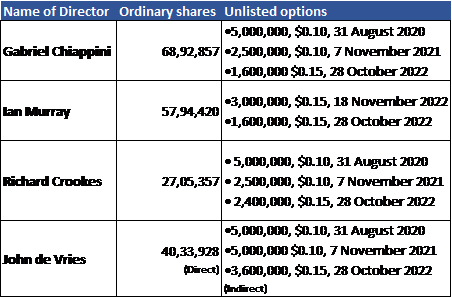 On 29 October 2019, the company is pleased to announce the September 2019 Quarterly Activities Report, a few highlights from the report are as follows:

On 18 November 2019, the company has declared the results of the Annual General Meeting. Below are the resolutions which were passed during the AGM:

Emerald Resources NL headquartered in Perth, Western Australia, is a developer and explorer of gold projects. In 2016 the company acquired Renaissance Minerals Limited through an off-market takeover and is focussed on its Cambodian Gold Project in the eastern region of Cambodia.

On 26 November 2019, the company has declared the results of the Annual General Meeting. Below are the resolutions which were passed during the AGM:

On 26 November 2019, the company announced the receipt of ministerial approval for the development of the Okvau Gold Project in Cambodia. A Sor Chor Nor, an official Government announcement letter, has been issued by the Council of Ministers approving the execution of the Mineral Investment Agreement by the relevant ministries.

Few highlights of the projects are as follows: