7 Players in the Streaming Wars and What They Offer Australians

So, it begins. Disney+ Apple TV+ both launched globally last month, disrupting the reasonably stable TV streaming market in Australia, which has been dominated by three companies until this point: Netflix, Nine Entertainmentâs Stan, and Amazon Prime. All of them have suffered on the stock market front since the new services were announced, and again since the two were launched (Disney+ Apple TV+), the wary investors hedged their bets in this brawl for gaining subscribers or jumped ship amid the growing field of competitors.

More big-name services are set to launch in the US next year. It seems like every single media company has heard the doldrums and is ready to offer their content on a subscription streaming platform. Sport, indie films, local networks - everyone is getting in on the action.

Thereâs a lot of new services to wrap your head around, so letâs cut to the chase: how much are these services going to cost, and what are we getting for the price tag?

The market leader for years, Netflix basically started the media subscription game. Originally a mail-rental service for DVDs, Netflix became an early adopter of streaming technology. It launched the streaming side of its business in 2010 and started creating original content in 2012. Netflixâs early recognition of the market potential for streaming TV and film, as well as its innovative and adaptive business model, are the reasons behind its lionâs share of global streaming revenue, which is near US$16 billion.

Netflixâs subscription plans start with one screen in standard definition for $9.99 and go up to four screens in glorious 4K for $19.99. The attraction of Netflix is the amount they have invested in original content â TV shows and movies that they produce themselves and host exclusively. Netflix is the only place to watch zeitgeist-defining heavyweights such as Stranger Things, Bird Box, Orange is the New Black, and Making a Murderer.

However, Netflixâs library shows are apparently more popular on the streaming service â with reports emerging in October that NBCâs The Office is actually the most watched show on Netflix. New subscription competitors â such as NBCâs Peacock, which has no Australian launch date â mean that Netflix will lose licensing agreements to more and more of these library shows, as companies begin to host their own content rather than license it to Netflix.

So, if youâre after original content, Netflix is the place to go. But if you long for the familiar embrace of Friends or Greyâs Anatomy, you might have to look elsewhere very soon.

I feel like people are always shocked when this fact comes up in a conversation: Stan is an Australian company! It is very reassuring that, in spite of a lobotomised network television industry and stone-age internet speeds, Australia has actually produced a very competitive subscription streaming service, and theyâve got the market share to back it up. Stan currently has Australian subscriptions surpassing 1.5 million but is not yet available internationally.

Stan is a much smaller company than Netflix and does not have the requisite capital needed for such a high volume of original content. They have a modest production schedule which includes the crime comedy No Activity and its American adaption, but little else of note. What is noteworthy is the exclusive distribution deals it has been signing.

Stan has had some very attractive licensing agreements pop up over the past couple of years. They distribute a large proportion of Hulu Originals â a Disney-owned streaming service that is not currently available in Australia â such as The Handmaids Tale and Veronica Mars. Even bigger has been the catalogue that Disney licensed to them, including most of the Marvel films, Star Wars, and the Disney Princesses. There was a speculation earlier this year that Disney may not bring Disney+ to Australia, but instead enter a partnership with Stan to serve both companies interests. This has obviously not transpired.

Stan lost all its Disney content last month when Disney+ was launched, and further losses could be on the way. At the Disney+ launch, the company announced plans to bring Hulu to Australia in September next year, which would gut Stanâs catalogue.

Stanâs prices are a little lower than Netflix but scaled in much the same way - $10 for one SD screen, $17 for four 4K screens.

Currently the cheapest on this list, Prime is available for $6.99 monthly payments or $59 upfront for a year. In my opinion this price is an exceptional deal, especially considering the tie-ins that a Prime membership gets you; free 2-day delivery on Amazon purchases, unlimited eBooks, and shopping perks. According to Amazon, most of their Prime customers are not even there for the TV streaming service, though they no doubt enjoy it as an added perk. This may help to buffer Amazon from a potential loss of subscribers when the competition fills out with services offering far better content.

Aside from Emmyâs juggernaut Fleabag, Primeâs originals havenât had nearly the same impact on social media and pop culture as Netflixâs. However, given it is part of one of the worldâs most valuable companies, they have plenty of capital to invest in order to outdo their rivals, if they so choose.

The newest kid on the block, Disney+ made a huge impact when it was launched in mid-November this year, with itâs first original offering â a Star Wars spin-off TV series called The Mandalorian. Billed as a âspace-western,â even if you didnât hear about this program, you probably saw a photograph from it. One character from the show, known online as âbaby-yoda,â has been memed into internet halls of glory around the world.

Disneyâs main advantage in the streaming war is its enormously popular back-catalogue of content. A series of high profile mergers over the past two decades has all led to this: a streaming service that can borrow content from Marvel, Star Wars, Pixar, 21st Century Fox, Hulu, National Geographic, ESPN (though a few of these will cost you a little extra), not to mention everything created by the Mouse-House itself. This is all being offered at an extremely competitive price - $8.99/month or $89.99/year â though it is also worth mentioning that Disney is only offering a 1-week free trial, compared to 1 month for the others weâve covered so far. 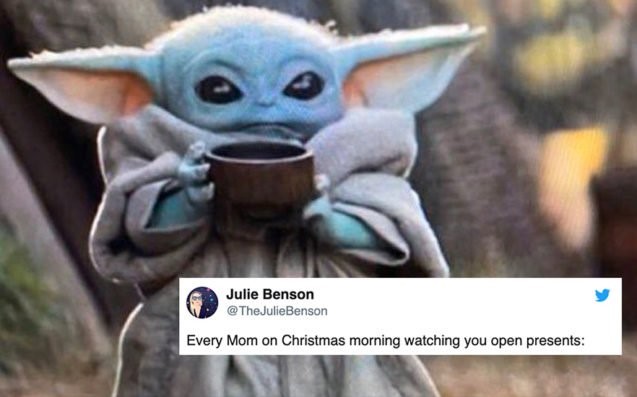 Apple TV+ launched two weeks before Disney+ is available at $7.99 per month, and if the similar branding wasnât embarrassing enough, the comparative receptions should do it. It was launched alongside the heavily advertised star-vehicle Morning Wars, a TV series that had already fallen flat with reviewers before the big day, which seriously took the wind out of Appleâs sails, and sales. A couple of the other original shows that launched the service, such as Dickenson, found fans online, but any buzz was quickly lost under the Mandalorian tsunami.

What Apple TV+ has got going for it is high-level integration with its existing hardware. I only realised the service had launched when an Apple TV+ app popped up on my MacBook during the latest software update. Since then, my Apple TV has been trying to trick me into watching it, as I scroll down determinedly to Netflix. Apple is already such a part of most of our lives that it makes it very easy for them to advertise the service. They also donât have to sell it as an outright product - Apple TV+ comes free for a year with new Apple purchases now, incentivising sales in another part of the company.

Obviously, they have the capital to stay in the game for the long haul, but if Apple really want to compete, theyâve got a way to go.

Yes, I know, itâs not available in Australia yet. But, oh boy, will I be ready for it if it comes.

If content is king, then HBO is television royalty. Pioneering the âprestige TVâ movement for which the 2010s will always be remembered, the American cable channel has produced some of the greatest television ever made. And itâs not just me saying that. Look at any list of top TV programs and youâll find it bursting with HBO content: The Wire, The Sopranos, True Detective, Game of Thrones, Veep, and more recently Chernobyl and Succession.

HBO already has a subscription streaming service in the US â HBO Now, available for US$15/week â which offers all their own TV shows. Whereas Max is different, in a way that it will have exclusive rights to host parent company Warner Brosâ back catalogue of TV and films, products such as Friends and Harry Potter.

Currently HBO content is only available in Australia through Foxtel products, and Warner Bros is spread across the streamers. If HBO Max comes to Australia, it will take another chunk out of some seriously dwindling licensing pies for Netflix and Stan.

Are people still buying the service for anything other than sports? If so, WHAT ARE YOU DOING?

Foxtel Now starts at $25/month for the most basic package, and anything you want that isnât part of that bundle is going to cost you dearly. Want to watch HBO content like Game of Thrones legally? $40/month minimum. Want access to Foxtelâs movie archive as well? Itâll be an another $20/month.

When compared with the value of the other products in this article, it is clear that Foxtel has priced themselves out of the game. As the streaming wars heat up, there will be less and less exclusive deals they can strike which will extort unbelievable fees from dragon-loving Australians. Winter is coming for you, Foxtel.

CLICK HERE FOR YOUR FREE REPORT!
Tags:
Netflix Disney Apple TV Amazon Prime Stan HBO Max Foxtel Now / Kayo Sports
All pictures are copyright to their respective owner(s).Kalkinemedia.com does not claim ownership of any of the pictures displayed on this website unless stated otherwise. Some of the images used on this website are taken from the web and are believed to be in public domain. We have used reasonable efforts to accredit the source (public domain/CC0 status) to where it was found and indicated it below the image.