Oil & gas exploration and development company, Sun Resources NL (ASX: SUR), on 1 November 2019, announced to have secured the federal permit for performing drilling activities at its Bowsprit oil project in the Breton Sound Area, inland waters of the US state of Louisiana.

Sun Louisiana LLC, the US subsidiary of SUR, was awarded the permit by the U.S. Army Corps of Engineers to drill first well, Bowsprit 1, at the project on petroleum leases covering a total of 1,154 acres. 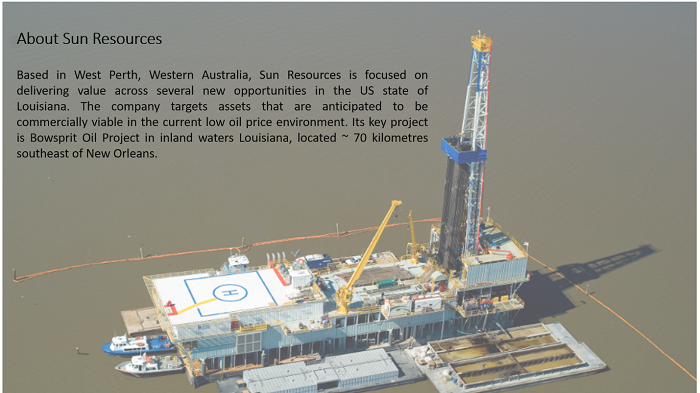 This is the second permit that the company received in less than 15 days for the project. Earlier on 22 October 2019, SUR announced to have secured the first state permit via its US subsidiary. The permit was awarded by the Department of Natural Resources Office of Coastal Management.

The third, also the last permit needed to start drilling the well, is pending and is expected to be received from the St. Bernard Parish within the next one month. The company is also yet to secure approval from the Port Authority.

Once obtained, the permit to drill the well remains valid for 12 months.

In September 2019, the drilling permitting applications were lodged with the authorities, after FensterMaker and Brammer Engineering, the company’s consultants based in Louisiana, conducted the final well site surveys.

The company is targeting to achieve the following objectives through the first well: 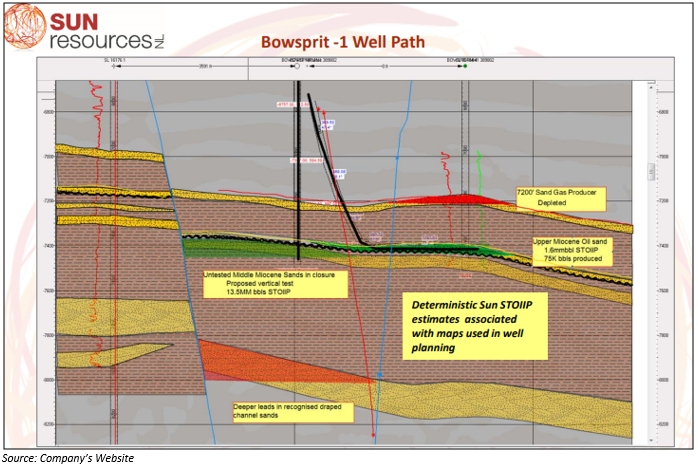 In August 2017, in an equal joint venture, the company secured the Bowsprit Oil Project with Singapore-based Pinnacle Exploration Pte Ltd. However, in July 2019, SUR executed a deal with the Singaporean entity to acquire the latter’s 50 per cent stake and increase its working interest in the project to 100 per cent. The deal is not yet completed, as it is subject to certain conditions.

The company, which is the operator of the leases, intends to drill the first well in the first quarter of 2020; however, the same is subject to securing funding for drilling activities whether via a farm-in partner or other sources.

The company believes that the Bowsprit structure can be developed with horizontal wells (up to 5 wells) and could potentially be produced through a simple unmanned production platform, after confirmation of the resources with the appraisal well. Sun Resources intends to flow test the horizontal well for a short period, aimed towards providing a commercial flow rate, following which it will be suspended as a future producer, assuming the results are satisfactory.

First commercial oil production from the project is expected in the third quarter of 2020.