Operating in the energy sector, Sun Resources NL (ASX: SUR) is an oil & gas exploration and development company, which is based in Perth, Western Australia and was listed on the Australian Stock Exchange in January 1992. The company is focused on conventional oil projects, with its major oil project - Bowsprit - located in the protected inland waters area, offshore Louisiana in the United States. 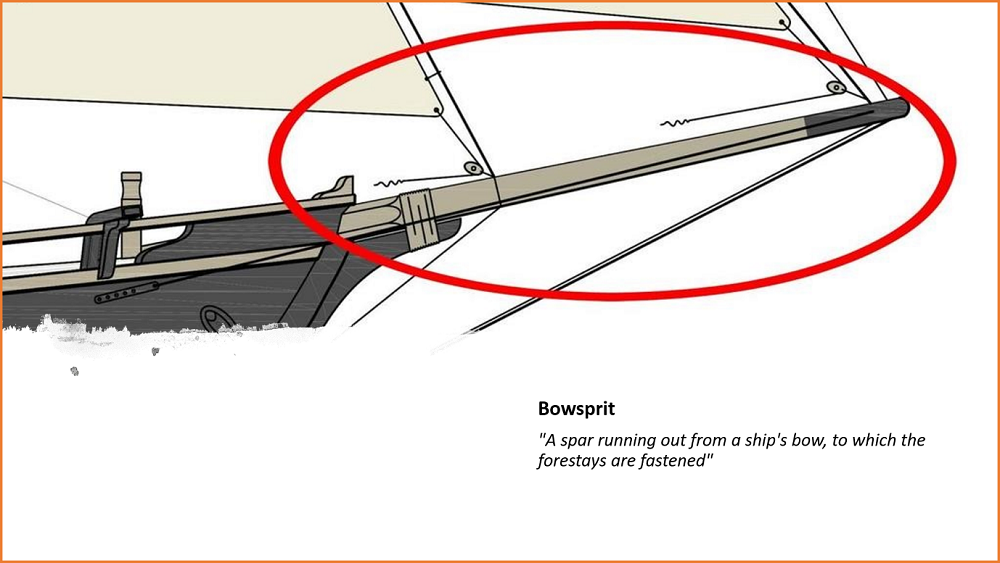 In August 2017, the company acquired the initial lease to the project in an equal joint venture with Singapore unlisted public company, Pinnacle Exploration Pte Ltd. However, in July 2019, SUR, the project operator, acquired the 50% stake held by the Singaporean player in the project, thereby completely acquiring the project (100 per cent working interest in Lease No. 21754 and 21787).

The leases 21754 and 21787, covering an area of 1,154 acres in the Breton Sound Area, are situated ~70km southeast of New Orleans in ~3m of water. Moreover, the leases are located near the boundary of St Bernard and Plaquemines Parishes, which have produced 5.2 trillion standard cubic feet of gas and 1.2 billion barrels of oil (as per publicly available records).

3D Geological Modelling: To pick an optimum location for the first well and boost its field understanding, Sun Resources performed 3D geological modelling of the field. Owing to which, the company shortlisted a primary well location. Additionally, better field understanding enables the company to be more confident while presenting in front of potential farminees as well as prospective funding parties.

The first well is aimed at

Site Survey: Additionally, a final well site survey was concluded by consultants, Fenstermaker and Brammer, on 9 September 2019. The survey completion facilitates in finalising drilling permitting applications, which are expected to be submitted shortly, with permitting anticipated in/by December 2019. The permit would be valid for a period of one year, once obtained.

Additional Lead: Based on new logs and improved seismic interpretation, Sun Resources has identified an additional lead in Middle Miocene that can be drilled with the current pilot well. The additional lead is estimated to have a success chance in the range of 5 per cent to 10 per cent, until the completion of further work.

RISC Advisory Ltd, which had estimated contingent and prospective resources, as well as STOIIP & GIIP, had not considered the Middle Miocene channel sand in its assessment. The sand is ~500ft below the current field and it can be easily assessed, provided the pilot hole (designed to test Middle Miocene and Horizontal Well to flow test Upper Miocene) is drilled by a further 500ft from its intended depth, requiring minimal additional cost. 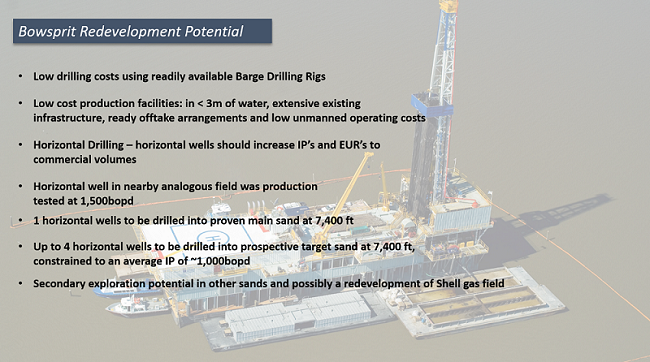 Contingent and prospective resources estimated by RISC Advisory Ltd for the project, as of March 2018 is depicted in the table below:

Under the Conceptual Field Development Plan, the company would drill an appraisal well in the first quarter of 2020, aimed at establishing that prospective resources are present and moveable (vertical pilot) as well as drilling and flow testing a horizontal section to prove deliverability of contingent resources. The first oil production is expected in the third quarter of 2020, with well cost estimated at USD 3.6 million.

As per the company estimates, five horizontal development wells would produce ~2.5 million barrels of oil and 3.5 billion standard cubic feet of gas at the project. Breakeven oil price is estimated at approx. USD 25-30 per barrel.

Bowsprit is believed to be a low capital expenditure, high margin, oil appraisal / development project, through which Sun Resources is expecting to deliver value to its shareholders. 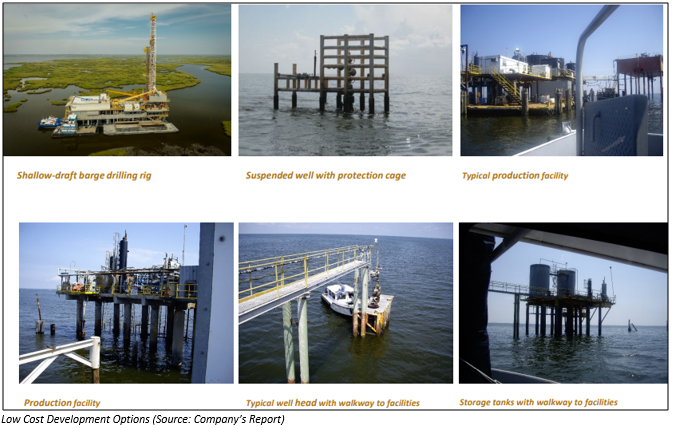 Sun Resources NL last traded at a price of AUD 0.002 on 25 September 2019, with a market cap of AUD 2.64 million and approx. 1.32 billion outstanding shares. Over the last three months, the stock has delivered a return of 100 per cent.