Those coming from any of the 16 places named in the list to the UK 30 June 04:00 onwards will not have to follow quarantine rules, Shapps said.  He also said that the government was planning to discontinue the quarantine norms later in summer for fully vaccinated people returning from amber list countries. 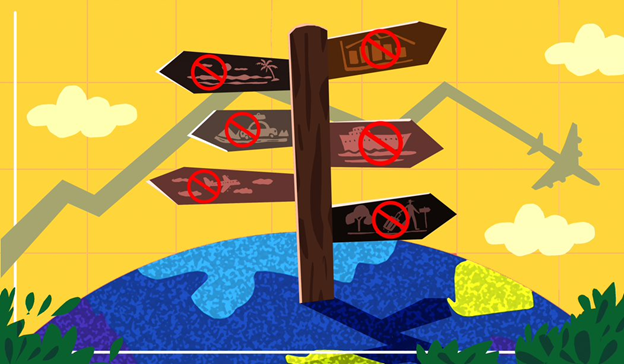 A part of the Caribbean, which includes Antigua and Barbados, have also been made a part of the green list taking 27 destinations in total. Though the travel industry has welcomed the announcement, it urged the government to add more to the green list.

Destinations added to the red list include Tunisia, Uganda, Eritrea, Haiti, Mongolia, and the Dominican Republic.

From 30 June, holiday goers returning from the updated green list destinations would have to take a PCR test on arrival but would not need to quarantine. Fully vaccinated travellers returning from amber list countries too would eventually not require quarantining but only a PCR test.

Here are some aviation stocks and how they reacted to the news:

The company announced plans to decarbonise the engines manufactured by it. Rolls Royce plans to power all its engines on renewables replacing fossil fuel powered engines in use currently. Rolls Royce has set its target for 2050. It announced that it would be manufacturing jet engines by 2030 that would be powered by sustainable aviation fuel.