ABF, PFD, CWK: Is it the right time to invest in these food stocks?

Food prices in the UK have reached a record high as producers have passed on the rise in input costs to the consumers. Especially those on low incomes are faced with tough choices as the expenses have surpassed their earnings. As a result, many people have cut down on eating because they can't afford to pay for their food.

According to a new survey report by the Food Standards Agency (FSA), three out of four people have expressed a 'major future concern' over the cost of food, which has been rising month on month. On the other hand, 22% of the respondents said that they reduced the size of meals or skipped a meal altogether as they couldn't afford it. 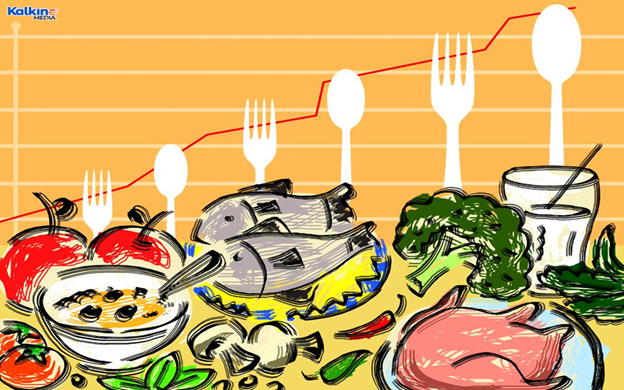 Over three out of five (64%) people who participated in the survey raised concerns over food poverty and inequality in the next three years.

Besides, the number of people using food banks or food charities climbed to 15% in March 2022 from 9% in March 2021, the latest figures shared by the FSA show.

According to the agency, food banks are playing a crucial role in the communities as people are struggling to pay for their meals.

In the wake of this news, let us look at some food-related stocks listed on the London Stock Exchange.

The food processing company is listed on the blue-chip FTSE 100 index. It operates in 53 countries and has customers in over 100 countries.

Associated British Foods holds a market capitalisation of £13,410.96 million and its shares closed at GBX 1,687.00 on Tuesday. The share value has plummeted by over 27% in the past one year. The year-to-date return, on the other hand, stands at -15.99% at present.

Premier Foods is a British food manufacturer and owns brands like Mr Kipling, Cadbury, Batchelors, and Lyons, among others. The company is a constituent of the FTSE 250 index.

Cranswick is one of the UK's leading food producers and is a constituent of the FTSE 250 index. It produces and supplies products like bread, meats, and snacks.