Why are these FTSE Stocks Trending Today-Rolls Royce, Lloyds, and Argo Blockchain?

The London Stock Exchange’s key index, the FTSE 100, on Monday was trading modestly in the green. While some stocks continued to drag, housebuilding stocks provided some support to the market as a report by Halifax revealed that house prices in London increased 9.5 per cent in May, versus the same month a year ago.

Here is a look at 3 stocks that were trending on the exchange.

The shares of this FTSE 100 banking stock were up by 1.20 per cent and were trading at GBX 49.52 on the news that the bank would be focusing on a home, hybrid, hub structure of working. The stock has a market capitalisation of £34,725.43 million.

Matt Sinnott, group people and property director, in a media interview, said that the company would be utilising this summer to understand how better it could use office space, meeting facilities, and new technologies more effectively.

Sinnott said that the plan was in sync with the bank’s aim to help the UK recover and at the same time be responsible to take care of its employees’ mental wellbeing and health. 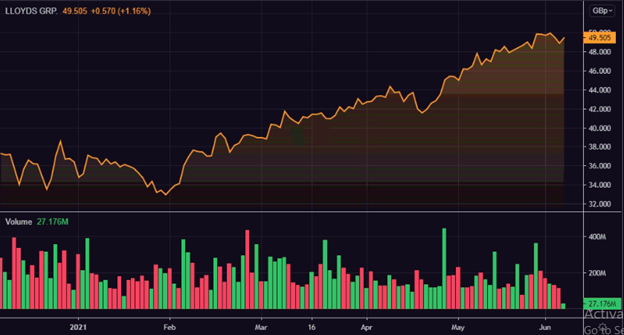 The shares of the company fell by 0.36 per cent and were trading at GBX 139.50 on analysts, slashing the company’s revenue outlook for this year as well as the next. The company present market capitalisation stood at £534.47 million.

The cut in forecasts was driven mainly by the crash in bitcoin prices in May. The advisory firm FinnCap slashed their 2021 estimate by 13 per cent, and the 2022 revenue outlook was reduced by 17 per cent. Several reasons contributed to the downgrade, including Argo’s buying of data centres in Canada, delays in production, fall in bitcoin prices and subdued mining, mainly due to uncertainty in China. 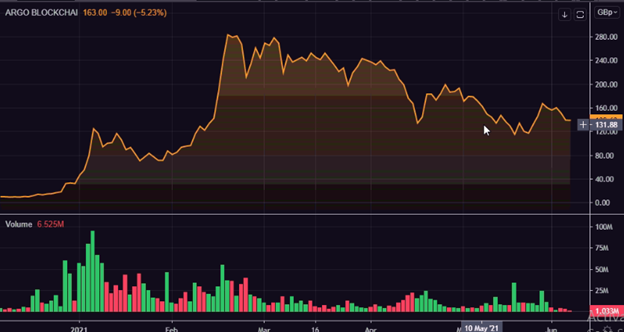 The shares of the luxury car maker were up 0.24 per cent and were trading at GBX 107.58 on expectations that the aviation industry was set for a strong recovery. The company has a present market capitalisation of £8,980.11 million.

The stocks of the company struggled in the last few months because government regulations suspended operations for airlines. 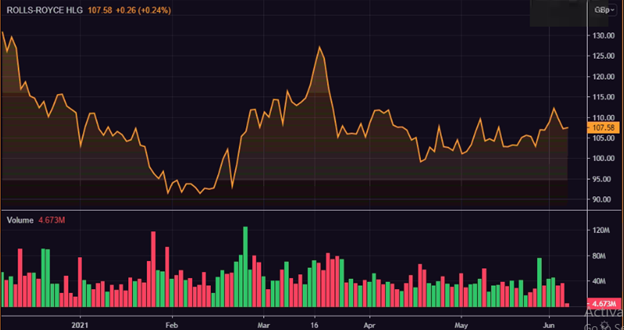 Though it is a luxury carmaker, it is also one of the largest manufacturers of aircraft engines and companies like Airbus and Boeing are among its biggest customers. It has begun ramping up production.

Most of the money Rolls-Royce makes are from the service contracts that it gets into with airlines which use engines made by the company, unlike manufacturers of other jet engines.