The Fickle Beast: The Problem with Bitcoin

In Darren Aronofsky’s urban horror film -  Requiem for a Dream – the two lead characters -  played by Marlon Wayans and Jared Leto -  stare into an empty safe once filled with cash. They talked about their longing for last summer when they were drug kings, raking in money hand over fist. They went from kings to peasants through a couple of unfortunate events, and now they stare hopelessly into the empty safe wondering how things went so awry so quickly.

There must be a similar feeling amongst Bitcoin traders at the moment, who got caught up in a huge wave only to get dumped viciously onto the rocky shore. 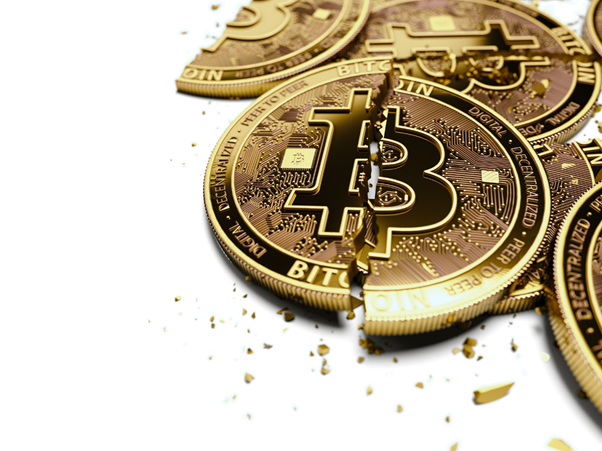 If ever there was a slice of time that perfectly represented the manic highs and lows of crypto trading, it would be the last two months. In that time, we’ve seen the world’s most valuable digital currency – Bitcoin -  go from a  record high of US$65,000 in April to lose nearly half its value.

Given that the crypto market is a complex machine with countless moving parts, it’s difficult to pinpoint one or two reasons for crypto’s recent epic decline. However, there are a handful of events that suspiciously coincided with significant price falls.

On 8 May, Tesla founder and aspiring Mars coloniser Elon Musk made history as the second non-entertainer to host Saturday Night Live. As Musk himself pointed out, it was also the first time someone with Asperger’s had hosted SNL.

In looking back at crypto’s trajectory, its downward spiral really began at this point. While it should be noted that correlation is not necessarily causation, it’s impossible to ignore the fact that just hours after Musk’s appearance, the price of Bitcoin, along with other cryptos, took a nosedive.

The irony was that Musk made no mention of Bitcoin while he was on the show. The whole purpose of his SNL appearance, it seemed at the time, was to bolster the price of the meme-based joke crypto – Dogecoin. 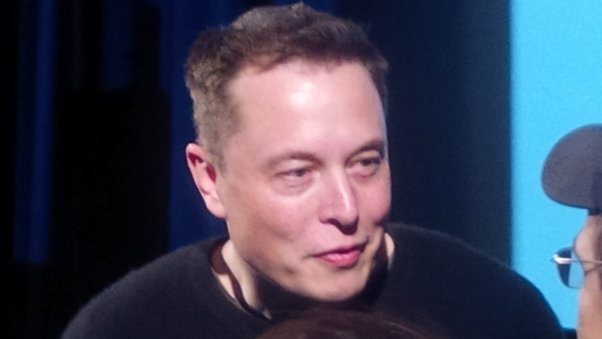 From the moment Musk announced he’d be hosting SNL, Dogecoin fanboys emphatically proclaimed Dogecoin’s inevitable rise to dominance. “To the moon!” - Dogecoin’s adopted moto was the expression touted by fanatics and holders throughout social media.

And it was all going swimmingly until the Dogefather himself appeared in the Weekend Update segment dressed as a fictional eccentric financial expert named Lloyd Ostertag.

Musk (or Ostertag) then gave several long-winded definitions of Dogecoin only for the anchor to pause in bafflement and ask, “So what is Dogecoin?”

Finally, the anchor asks, “So it’s a hustle?”, to which Elon (Ostertag) briefly pauses and replies, “Yeah, it’s a hustle”.

Quite a funny bit, especially by SNL standards, but the online reaction didn’t seem to agree as Dogecoin’s price dropped from 70 cents to 44 cents. Along with Dogecoin, several other cryptos became casualties of the “hustle” remark. Bitcoin also lost about US$3000 in the day or so following SNL.

If we were to assume that the dramatic drop was caused by Musk, it should be noted that it was all over a single word. On a comedy show.

It’s part of a theme that’s become painfully evident throughout the past couple of months. No, not Elon Musk.

It’s that cryptocurrency is dangerously fickle.

The Chief Executive of Tesla Inc. (NASDAQ:TSLA) would follow up his SNL appearance with another blow to Bitcoin.

In the week following the fated SNL appearance, Musk announced on Twitter that Tesla would no longer accept Bitcoin as payment for their vehicles, saying that the energy-consuming mining methods of Bitcoin were causing considerable damage to the environment.

Musk’s decision caused quite a stir, with many claiming Bitcoin mining uses mainly renewable energy. Some went so far as to suggest that Musk must have known about the impacts of Bitcoin mining prior to his decision to allow it as a payment option for Tesla and that he was simply manipulating the market. This led to rumours that the flip-floppy billionaire was being investigated by The Securities and Exchange Commission (SEC) over concerns that a simple tweet from him could turn the market sideways in the blink of an eye. Musk would later laugh off those rumours, claiming that “Fate loves irony”. 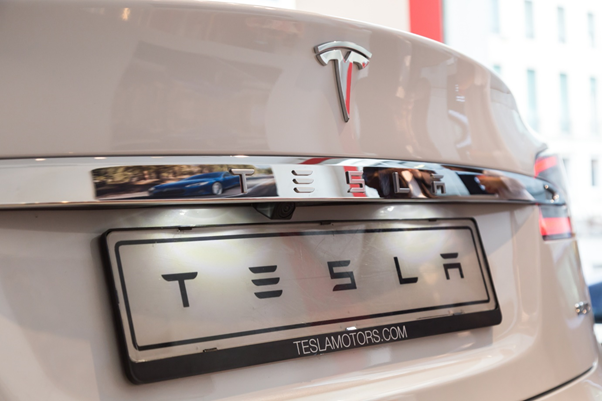 It’s unclear as to whether Musk realises the other irony in this whole debacle: the fact that crypto – a peer-to-peer system set up to democratise finance – was so heavily influenced by one powerful billionaire. If so, it would appear that irony loves billionaires.

In its latest quarterly report, Tesla said it had recorded record profits, by and large, because of its purchasing of some US$1.5 billion worth of Bitcoin in February. The company reported it had registered a net gain of US$101 million from Bitcoin sales.

The price of Bitcoin dropped severely again when another Musk tweet was interpreted as an announcement that Tesla would dump their remaining Bitcoin shares.

In response to a tweet claiming that the SpaceX founder would be justified in selling off its remaining Bitcoin assets as a response to the “hate” Musk had been receiving from disgruntled crypto investors, Musk replied, “Indeed”.

The single word response sent Bitcoin on another mudslide as the price plummeted 12%.

Twelve per cent. From a one-word response.

DO READ: Bitcoin at $35K, Ethereum at $2300: Why prices of cryptocurrencies are falling

Away from Musk’s interminable flip-flopping, another powerhouse’s decisions led to more Bitcoin sell-offs.

The Chinese government announced, in mid-May, that banks would no longer allow offering of services of cryptocurrency, further claiming that cryptocurrency has no intrinsic value.

The announcement accelerated the haemorrhaging of sell-offs as the price of Bitcoin dropped a further 30% to nearly US$30,000, a low not seen since January.

The Problem of Intrinsic Value

As we move forward into the second half of 2021, it appears that if anything has come out of the wild crypto roller coaster ride, it’s that value is long-term.

Bitcoin is currently the largest cryptocurrency. However, it’s top position is largely due to the fact that it was the first crypto. As for intrinsic value, it has none, and as its harmful impact on the environment is more realised, not only is it valueless, but, in fact, a burden on society.

In light of this, cryptos with higher utilities will likely become the dominant cryptos overtaking the more established Bitcoin.

Ethereum – the second largest cryptocurrency – with a market cap of over US$310 billion, has also been adversely affected during this tumultuous period dropping from just over US$4,000, in mid-May, to around US$2,700 where it stands currently.

However, Ethereum’s use of “smart contracts” make it more useful in real-world terms. For example, on the back of Ethereum’s technology, in which Ether is its currency, the Ethereum network allows for traditional financial instruments such as loans and interest rates – something that Bitcoin can’t offer. 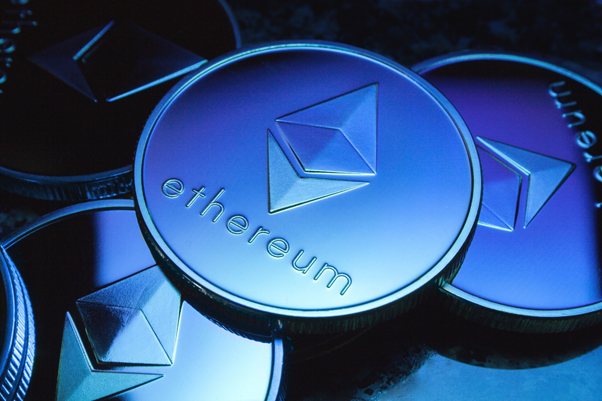 It seems more and more people are starting to realise this with Bitcoin’s growth over the last few months far outpacing Bitcoin’s with Ethereum adding 1000% compared with Bitcoin’s 300%.

The real turning point for Ethereum could come when it releases its updated Ethereum 2.0. The upgrade will mean that the mining method will go from a “proof-of-work” to a “proof-of-stake” meaning it will become much more environmentally friendly.

Other altcoins which present themselves as more effective versions of Ethereum have also started to pop up, garnering interest from would-be crypto investors.

For example, Polkadot, which started in 2016, is built upon a network aimed at improving scalability.

Binance, which runs atop the Binance Smart Chain, also uses smart contracts like Ethereum, but unlike Ethereum, its gas fees are considerably lower.

Although these and other altcoins are currently much smaller cryptos than Bitcoin, as the appetite for real use crypto’s become more prevalent, these altcoins, along with Ethereum, could be in for a dramatic rise.

More importantly, perhaps, investing in something with real-world applications will protect against the fickle blowing in the wind that Bitcoin has experienced over the last two months. This will mean there’ll be digital currencies to invest which won’t be subject to a single comment from a single person.

That sounds much better.