The Reserve Bank’s higher than anticipated rate hike of 25 basis points has hit homebuyers significantly. Those with a mortgage will now certainly see a sharp uptick in their monthly repayments. However, the economy may also suffer as household finances get tighter.

Currently, the cash rate stands at 0.35%, and the rate hike has been passed on by commercial banks to the consumers. All big four banks have raised the variable rates on mortgages by 0.25%, in line with the RBA’s hike. The market had largely expected a rate hike in May, though the magnitude of this hike was unknown.

The rate hike comes at a time when many crucial sectors, such as tourism and hospitality, had just begun to open after the pandemic. Fears loom that rising interest rates could prompt households to curtail their expenditure and might contribute to slower economic growth. As the RBA takes a more aggressive stance with monetary policy tightening, the economy might be in for a tough ride.

INTERESTING READ: How would a rate hike impact property prices in Australia?

The Reserve Bank of Australia (RBA) has cited a strong economy as the basis upon which the interest rate hike decision has been based. Governor Philip Lowe touched upon robust labour market conditions and the improving GDP in Australia in May’s monetary policy meeting. 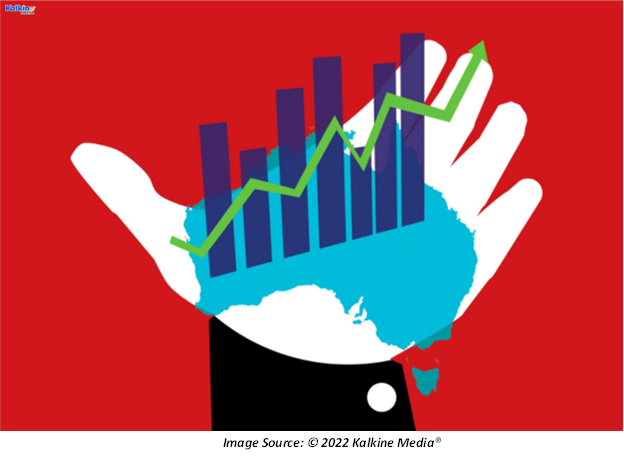 The unemployment rate has reached its lowest in about 48 years at 4%. This improvement in the labour market has paved the way for tighter conditions, which may ultimately lead to an increase in wages. The economic growth has also outperformed expectations, with the RBA forecasting the GDP to grow by 4.25% over 2022 and 2% over 2023. Additionally, the central forecast is for the unemployment rate to drop to around 3.5% by early 2023.

To put things in perspective, Australia had last recorded an unemployment rate below 4% in the 1970s. With this data acting as a positive driver for the economy, the Reserve Bank took the historic decision to raise rates by 25 basis points. It will be crucial to examine how long Aussies’ confidence in the economy will prevail following the rate hike.

While the high inflation rate projects an economy that is pacing ahead at a fast rate, a closer look highlights that the benefits have only flown towards a particular group. Recent economic gains have majorly flown into the stock market, and not much effect can be seen on the real wages. 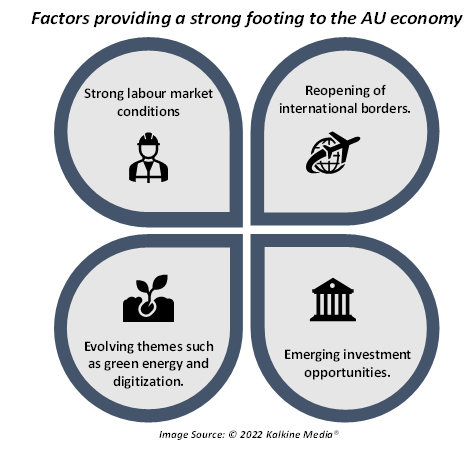 More worrying are the reports showing how labour shortages forced ill workers to show up to work for smoother flow. The economic gains have not seeped down to the ground level, leaving lower-income groups to depend upon unemployment benefits. Additionally, the rising job ads and openings have not been made equally accessible to the population. Some job-seeking individuals have had to wait longer than others to find a job, even as job ads are at an all-time high.

Thus, labour market data seems to have inflated the economic well-being of Australians, as many of them are still having to work two jobs to make ends meet. Additionally, many individuals are working on a temporary basis and do not have long term job security. This may factor into the wages growth, leading to a slower than the desired rise in wages.

However, analysts at big banks have stated that the Australian economy will grow this year and the next year. It will be enticing to see how these forecasts will hold true despite the global inflationary pressures and supply-chain disruptions. Emerging themes such as a shift to green energy, an increased digital outlook and the availability of large amounts of capital might keep the economy afloat in the coming months.

Moreover, with the reopening of international travel, tourism revenue might also help the economy along with a steep rise in immigrant student fees. At the same time, many emerging segments provide grounds for greater investment by global enterprises.

However, the economy still stands in a very precarious situation as global pressures have not yet eased, and households are facing the consequences in the form of rising prices. While inflation in Australia is relatively lower than in other countries, a rise in interest rates could change the picture.

ALSO READ: Why is EU split on Russian oil ban?