How would a rate hike impact property prices in Australia?

Consequently, property prices are on the move, possibly affected by interest rate speculations. A large population of homebuyers in the recent demand surge includes first-time homebuyers.

Following the recent rate hike, Aussies are likely to pay a higher amount on their mortgage. Consequently, many households would not be able to finance these higher costs. Thus, most mortgage holders, especially those that have never had a mortgage before, are expected to bear the harsh brunt of a cash rate hike.

Notably, the property market has been showing an impact of a rate hike even before the RBA’s interest rate decision. The most recent interest rate hike is considered the first among a string of hikes in the subsequent months. The ongoing interest rate hikes are expected to deplete confidence across the real estate market.

DO NOT MISS: Three top hedges to shield your portfolio against inflation

How is property market performing in Australia?

Demand for property has eased over recent months as buyers fear locking in high rates in their mortgage. Many of these buyers would already be paying significantly higher mortgage repayments once their fixed-rate period ends. Most of the loan holders in Australia have a variable rate loan, which means that much of the Australian population is highly sensitive to interest rate changes. 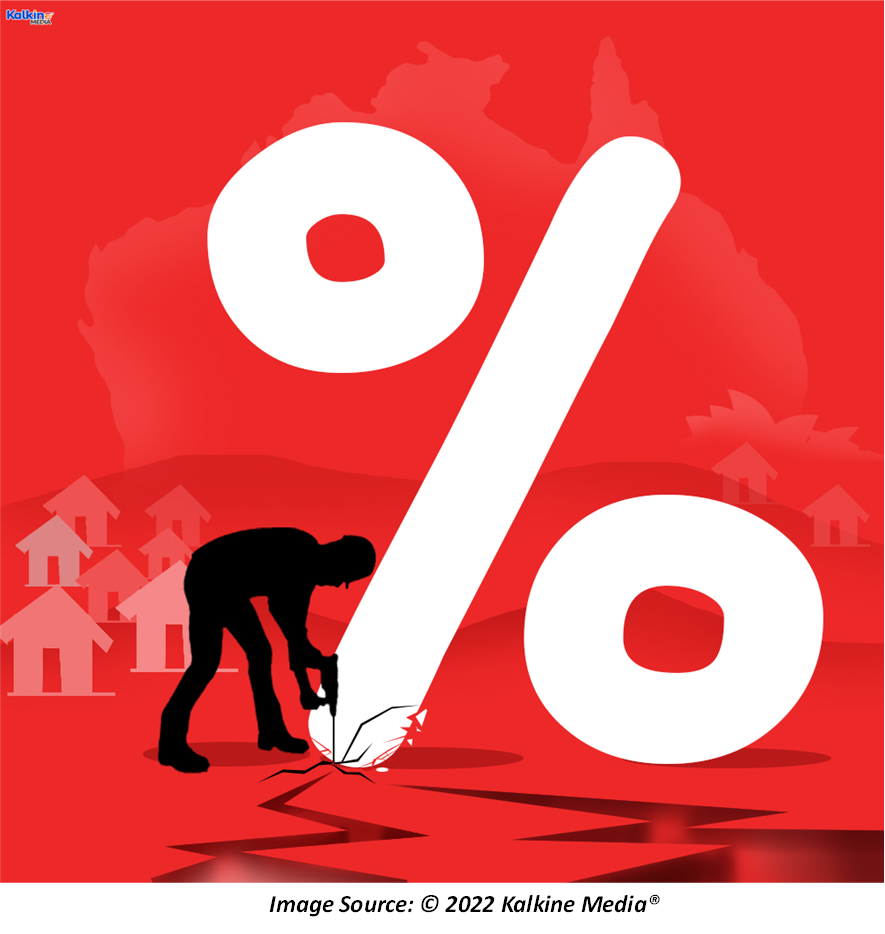 This is visible in the sharp turnaround in property prices across the cities of Sydney and Melbourne. Both the cities had touched an excruciatingly high price level when interest rates were at their lowest at ten basis points. However, as the possibility of interest rate hikes became a pressing reality, these cities recorded a sharp decline in their property prices.

INTERESTING READ: Which policies are unveiled by Australian opposition ahead of elections?

April marks the first month wherein the quarterly trend across Sydney and Melbourne has reached a negative territory. This slowdown largely emerged from the expectations of a rate hike building up in April. As inflationary pressures became a painful reality, experts started predicting that the Reserve Bank would raise rates earlier than previously expected. And their predictions have certainly come true with the latest rate hike.

The CoreLogic report further threw light on the crucial fact that the trend was not the same across all capital cities. The report showed that half of the capitals are still recording a monthly growth rate above 1%, sharply in contrast to the scenario building up in Sydney and Melbourne.

Prices in Adelaide, Brisbane, Canberra, and Perth have shown a monthly increase. However, prices across these capitals have eased, though they have not yet reached a negative territory. These cities had previously recorded higher monthly rises in property prices. Perth and Darwin are the exceptions among other regions, as they recorded a faster incline in property prices in April.

What to expect from the property market ahead?

While an interest rate hike is an important factor behind the visible slowdown of the property market, there are many other factors that have contributed to the same. Unemployment has been at its lowest since the 1970s, and labour market conditions are expected to tighten further.

Low unemployment, coupled with the possibility of rising wages, make the perfect grounds to keep distressed listings at comparatively lower levels. However, the impact of rising interest rates is likely to become more pronounced in the coming months. The Reserve Bank of Australia recently pointed out that a 2-percentage point hike in interest rates could potentially lower housing prices by 15%.

Softer growth rates across cities are eventually expected to pave the way for a lower national index. Additionally, the property consultant’s research has shown that an inverse relationship exists between movements in the cash rate and the rate of change in housing values.