What is wrapped Bitcoin?

Wrapped Bitcoin (wBTC) is a version of Bitcoin that has been developed for using on the Ethereum network which has shown growth in the field of decentralised applications (dApps). These Ethereum tokens extend the advantage of integration with the smart contracts, dApps and Ethereum wallets.

In January 2019, wrapped Bitcoin was launched with the objective of enhancing the liquidity of the Bitcoins by participating in the Ethereum DeFi network.

To convert a Bitcoin into a wrapped Bitcoin, a wBTC partner is required. wBTC was created with the aim to empower Bitcoin holders and allowing them to participate in the DeFi apps used extensively for Ethereum.

Wrapper Bitcoins are backed by Bitcoins on a one-to-one basis, that is, the value of one wBTC is equal to the Bitcoin. wBTC are verified by Bitcoins through the “proof of reserve” system.

Wrapped Bitcoins are maintained by a group of 30 members who are known as wBTC DAO.

Within the 18 months of launch, $800 million Bitcoins were converted into wrapped Bitcoins.

What is the working of wrapped Bitcoin?

For converting a Bitcoin into wBTC, a request is sent to the merchant for ERC-20 tokens in exchange for the Bitcoins. After receiving the request for ERC-20 tokens, the merchant carries out two things, that is anti-money laundering and the Know Your Customer process in order to verify the identity of the customer. After the verification of the identity, the transaction is initiated with a custodian. The custodian mines the wBTC and after that the mined coins are sent to the merchants’ Ethereum address.

The coins can be collected from the merchant in two ways. Firstly, a transaction can be conducted through a centralised exchange. Secondly, a peer-to-peer transaction can be conducted through a decentralised exchange, which is also known as an atomic swap. Through these trades, the merchant receives Bitcoins, and the customer receives the wBTC. After the completion of the trade, the wBTC can be used across DeFi platforms such as MakerDAO and compound.

For converting the wBTC into Bitcoins, a request will be sent to the merchant and the trade back will be executed. When the merchant receives the wBTC, wBTC will be destroyed and this is termed as burn transaction. 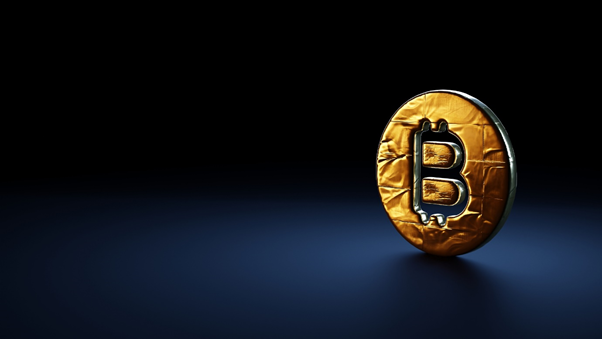 How to use wrapped Bitcoins?

Collateral – There are DeFi platforms that lend cryptocurrencies, and the lender is required to pay collateral which is held until the payment is made back. Earlier, the collateral was Ether tokens, but only one currency as collateral exposes Ethereum to greater risks and volatility. The problem has been solved by wBTC as Bitcoins can also be used as collateral.

Generating interest income – The lenders can generate interest income by lending currencies to the borrowers. The calculation of the interest rate is done by the algorithms which assess the supply and demand of the currency.

Governance tokens – Some of the DeFi platforms allow the traders (lenders and borrowers) to gain voting rights in decisions like an upgrade in the protocol or in the mechanism of lending and borrowing. Moreover, the lenders and borrowers receive the tokens which can be converted into Bitcoins. The additional token earned is further a motivation to trade on those specific platforms.

Margin trading – There are some DeFi platforms that allow margin trading through wBTC stablecoins and ETH. The margin trading process is not complicated, it only means that transaction is conducted by taking a loan from the market. With a higher stake, higher yield can be generated and also the traders can make higher losses by putting a higher amount at stake. Only experienced traders should enter in margin trade. Moreover, a trader can lend their holdings for margin trade and earn income out of it.

What are the benefits of using wrapped Bitcoins?

One of the major benefits that have been brought forward by wrapped Bitcoin is liquidity to applications that are operating on the Ethereum network. With the increase in the acceptance rate of wBTC by wallets, exchanges and merchants, the conversion of Bitcoins into wBTC would also grow tremendously.

The introduction of wrapped Bitcoins has shattered the conceptual and technical boundaries. Earlier, the Bitcoin holders were not able to engage in decentralised finance. After conducting crypto market analysis for years, it was observed by the analytics that speculation amid the ETH and BTC will favour one blockchain  over others. This concept was known as chain maximalist.

The wrapped Bitcoin innovation opens the paths for the Bitcoin users to gain exposure to the DeFi ecosystem of Ethereum along with enjoying the interest on their present holdings. This will not have any significant impact on the value of the BTC holdings as wBTC is backed by Bitcoin on a one-to-one basis. The interpolation of the BTC and ETH leads to the avoidance of the maximalist notion. Moreover, it minimises the risk of trading outside Bitcoin networks along with a reduction in the hassle of conducting trade.