What is a Venn Diagram?

Let us take an example to understand the concept:

Graphically the above statement is interpreted using a Venn Diagram as below: 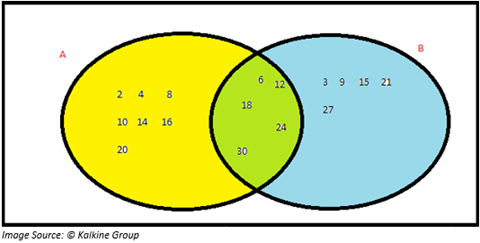 A set is defined as a list of elements. In other words, it is the grouping of individual elements into a whole. It is essential to understand that the elements are clear and unambiguous.

An example of an unclear set: {set of tall boys}

An example of an unambiguous set: {set of even numbers less than 20}

What are the different types of sets?

How do Venn Diagrams help users?

As described above, a set describes a group of elements which are represented within curly brackets ({, }). Now suppose there are three sets, and we want to understand if there exists a relationship between these sets. In such a scenario, Venn diagrams prove useful.

To understand the relationship, let us consider an example where there are two sets of players from cricket and football. Students is the set of all students studying in a class (universal set).

Through the Venn diagram, “Cricket ? Football” includes those students that either play cricket or football or both (area highlighted in pink). 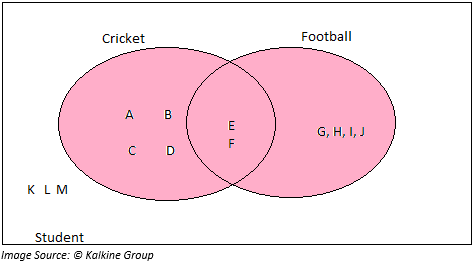 In an intersection, the set comprises of these elements which are common in both the sets. In this case, two students are playing both cricket and football.

Through the Venn diagram, “Cricket ∩ Football” includes those students highlighted in the pink region. 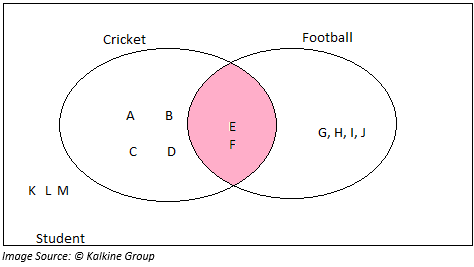 In simple terms, a difference in mathematics means to subtract. So, if we say Cricket – Football, then the set would include only those players who are playing cricket and not football.

Through the Venn diagram, “Cricket – Football” includes those students highlighted in the pink region. 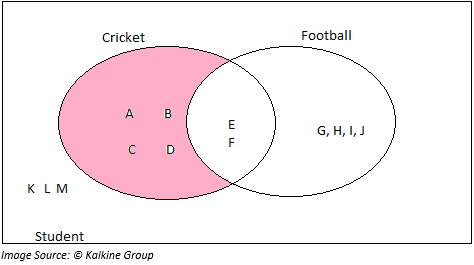 If we say Footballc or Football compliment, it means that the set would include all the students in the classroom who are not playing football at all.

Through the Venn diagram, “ Footballc “  includes those students highlighted in the pink region. 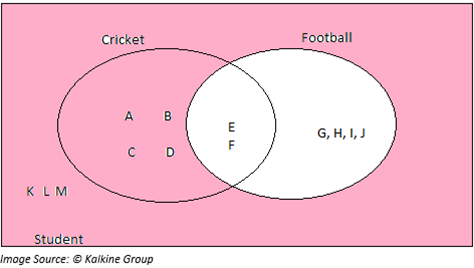 Some cases where Venn Diagrams can be useful include: