What is a Sedimentary Rock? 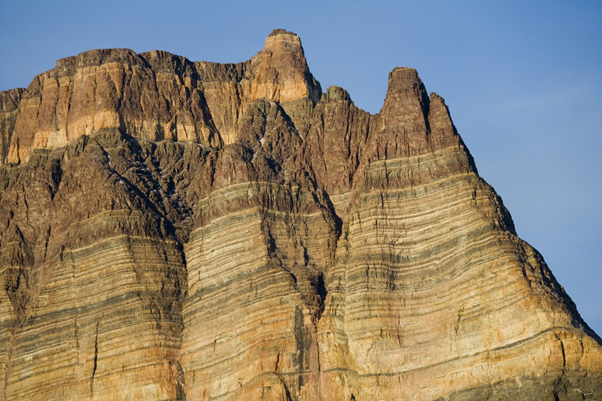 Erosion, weathering, transportation, deposition, and lithification are the major steps in converting clastic sediments into sedimentary rocks. Sedimentary rocks are the ultimate source of fossil fuels, drinking water, ores and coal. The study of the sedimentary sequence also tells us about the history of the earth.

What are the different types of sedimentary rocks?

Based on the origin, sedimentary rocks can be classified into four major groups. Let us have a look at them one by one. 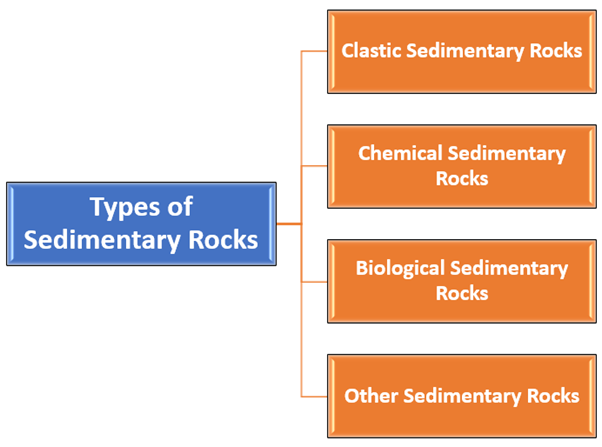 Clastic Sedimentary Rocks: The accumulation and lithification of debris forms these rocks. These rocks are made up of clasts of pre-existing rocks. Rock pieces are weathered and transported to a low-lying area after erosion. The sediments get deposited into the basin and gets cemented, forming sedimentary rock.

Chemical Sedimentary Rocks: These rocks are formed by the precipitation of dissolved material from the solution. This is the most common process for the formation of chemical sedimentary rocks. The rocks, which are made up of gypsum and halite, are known as evaporites. The precipitation of minerals forms limestones out of water due to change in the temperature of the water. Limestones are generally formed in the oceans.

Other Sedimentary Rocks: The fourth category of sedimentary rocks contains miscellaneous rocks, including volcanic breccias and volcanic tuff. These are formed by the decomposition and cementation of lava fragments that are erupted by volcanos.

What is the process of formation of a clastic sedimentary rock?

There are five major steps involved in the formation of a clastic sedimentary rock. Let us have a look at each step briefly. 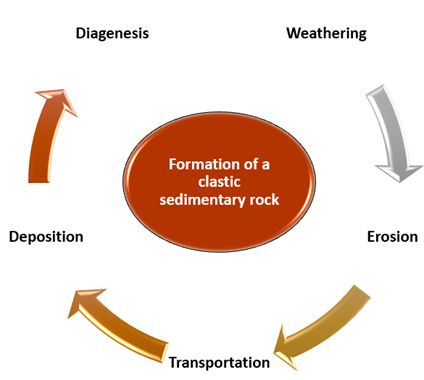 How can sedimentary rocks be classified based on composition?

Sedimentary rocks can be classified based on their mineralogical composition. Let us have a look at their types briefly.

What is the importance of sedimentary rocks?

Sedimentary rocks have various advantages. Let us discuss the most important advantages one by one:

Which are the hottest ASX-listed lithium stocks?

Why are these five penny stocks generating buzz on ASX today?

Which are the hot ASX-listed battery stocks?

What are battery metals? Why is their demand growing?

i3 Energy Plc Moves a Step Closer to Dividend

Which 6 NZX stocks made the biggest moves in the market?