What is meant by securitisation?

Securitisation is a financial procedure in which securities are issued and backed by a pool of assets, usually fixed-income assets. The final product, i.e. the security, is widely known as Asset-Backed Security (ABS). Since the process converts an asset into a security, the process is called securitisation. The owner of the security owns a portion of the underlying asset and hence earns income from it.

The concept of securitisation is very similar to that of mutual funds as both have an underlying asset whose income is divided among its holders—the difference between the two lies in the kind of assets that are held as underlying assets. For example, mutual funds have publically traded stocks and bonds as the underlying asset. On the other hand, asset-backed securities are backed by less liquid debt assets.

Which are the assets used for securitisation?

One of the main aims of a securitisation transaction is to allow a lender to refinance the debt owned by them. In other words, a lender can securitise his assets to further invest in the business. As a result, the underlying assets are usually illiquid. Further, such debt assets are difficult to be sold directly as each of those debts have unique features, including different credit profiles. While primarily large debt like mortgage debt is used for securitisation, it also includes short term and low-value debt assets like consumer debt and credit card debt which generate lower returns. In a securitisation transaction, multiple debt assets of a similar kind are clubbed together to create one large pool of assets. In effect, securitisation pools together multiple assets with similar fundamental characteristics, but challenging to be traded individually to create one marketable asset.

Following are some of the common debts used for securitisation:

What do we know about the securitisation process?

The securitisation process is a complex transaction involving multiple parties-

The first party in the process is the originator, who holds the underlying asset. He initiates the process by selling the assets by creating a legal entity called a special purpose vehicle (SPV). An SPV aims to contain the risks of the final investor with regards to the originator. As the assets are sold to an SPV, the originator does not have any legal claims on the assets. As a result, the end investor is protected from the risk of the seller turning insolvent. 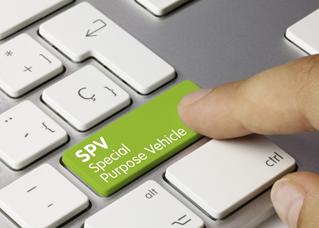 The role of an SPV varies from case to case, but broadly, its role is primarily legal. It does not have an active role in the whole process. In certain situations, the SPV issues the securities. On the other hand, there are also instances wherein the SPV sells the pool of assets to a trust. The trust then creates and issues the securities to the investors. In such cases, the trust typically acquires assets from multiple SPVs and uses them for securitisation.

One of the key players in the process is the arranger. Usually a bank,  the arranger is in charge of setting up the transaction and evaluating the pool of assets. Further, it also plays an active role in deciding how it will be fed, the features of the securities to be issued, and the fund's perspective structuring. The arranger also plays an important role in the distribution of securities to end investors. The distribution process is especially critical in securitisation since these securities are traded over the counter to a small number of customers.

In certain types of securities, the underlying assets can be "topped up," which means the pool of assets can be replenished over the security's lifetime. For example, this allows short-term loans (such as credit card debt) to be refinanced with long-term bonds.

As can be understood, the three actors: the "originator," "SPV," and "arranger ", combine to create the "Originate-to-Distribute" paradigm, which has prospered over the last few years.

Why are these 5 NZX financial stocks in focus in November?

From Kogan to Perenti Global: Why these 10 ASX stocks generated buzz on ASX

What are Mortgage Bonds?

The Last Trade || What helped ASX close at record highs?

From Westpac to Woodside Petroleum:  Why these five ASX stocks were in focus today

Hottest stocks on the ASX today

ASX Top Stocks: Which Stocks are on investors radar today?

ASX 200 on Thursday: Top five things to watch out for