What is an Orphan Drug?

Orphan drugs are medicinal products that are meant for the prevention, diagnosis, or treatment of rare diseases or orphan diseases. Due to their limited market, very few pharmaceutical companies engage in the research and development for such drugs. 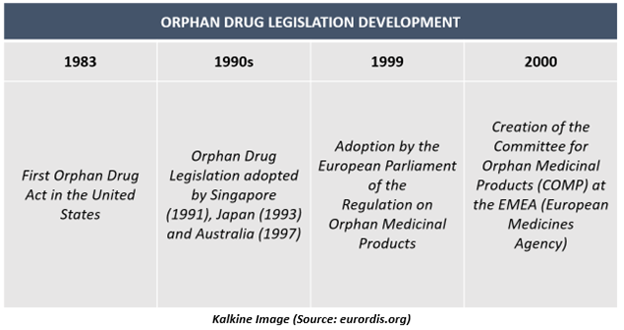 Pharmaceutical companies are generally not interested in developing orphan drugs under normal market conditions. This is because the costs related to the drug development process and marketing costs cannot be retrieved by the anticipated sales of medicines without providing incentives.

What is an Orphan or Rare Disease?

Symptoms of some orphan diseases might be observed at birth or during childhood. Some of the rare diseases include spinal muscular atrophy, patent ductus arteriosus (PDA), lysosomal storage disorders, cystic fibrosis, and familial adenomatous polyposis (FAP). Over half of orphan diseases occur during adulthood, for example, glioma, renal-cell carcinoma, and acute myeloid leukemia (AML).

As rare diseases are a global concern, the agencies work closely together on the designation as well as the assessment of orphan medicines.

What is an Orphan Drug Designation?

Orphan drug status gives pharmaceutical companies exploring cures for orphan diseases the exclusive right for manufacturing drug or treatment for a specific condition. Orphan drug designation can be granted for new drugs, and drugs that are already approved and in the market. However, in the case when the drug is already approved, the sponsor must submit a reasonable assumption on how the drug is clinically superior to former drugs or undeveloped drugs.

In the European Union (EU), applications for orphan drug designation are examined by the EMA's Committee for Orphan Medicinal Products, using the network of specialists that the Committee has built up. The evaluation takes a maximum of three months from validation.

After receiving applications for ODD application from the applicants, MHLW may give the orphan designation to drugs or medical devices after assessing the drug against the following points:

What is the Orphan Products Development (OOPD) Program?

The Orphan Products Development (OOPD) mission of the FDA is to advance the evaluation as well as the development of products such as drugs, biologics, medical devices, or foods used to diagnosis and/or treatment of orphan or rare diseases.

The program offers incentives for sponsors to develop products for rare diseases. Since 1983, this program has facilitated development and commercialization of over 600 drugs and biologic products for orphan indications.

The OOPD program provides orphan status to medicines and biologics that are described as those meant for the treatment, prevention as well as diagnosis of a rare condition or disease. 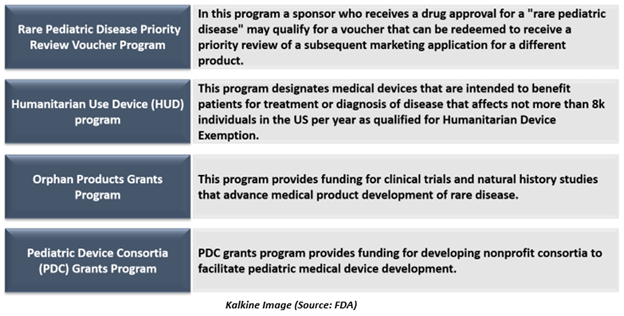 In the United States, a sponsor seeking orphan designation for medicine or device must submit an application for designation to OOPD with the information necessary in 21 CFR 316.20 and 316.21.

Sponsors requesting designation of a similar drug for a related rare disease or condition as a previously designated product must submit their information to support their designation request.