What are Key Ratios?

Creditors, investors, and managers, in particular, can determine a company's financial position by defining and estimating key financial ratios. The stakeholders can use numbers from the financial statements to perform various calculations. However, some are less significant than others. Financial experts have discovered leading indicators of a company's operating success in main market fields: liquidity, activity, leverage, cash flow, profitability, and cash flows.

What are the Liquidity Ratios? 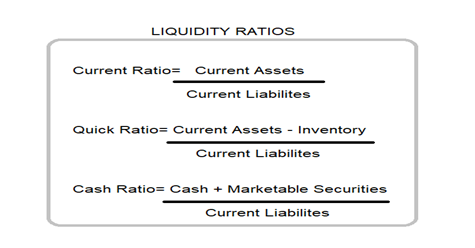 The current ratio is the ratio of a firm’s current assets to its current liabilities. It may be noted that current assets are comprised of cash, accounts receivables and inventory of the firm. Current ratio less than one implies that the short term liabilities are more than the assets that it can turn to cash- this indicates liquidity risk; a value of 1 means just enough cash to pay off short term debts. It is ideal for maintaining a ratio of two or more to minimise liquidity risk.  However, there is a trade-off between minimising liquidity risk and blocking more cash in networking capital, which is the excess of current assets over current liabilities. Too high a current ratio is indicative of a firm struggling to clear its inventory. The quick ratio, also known as the acid test ratio, considers only the quick assets- current assets that  instantly convert to cash, i.e. marketable securities and liquid cash. The consideration for accounts receivable is specific to the ease of cash convertibility in each case. When firms consider only cash and marketable securities, it is called the cash ratio.

What are the Turnover Ratios and Activity Ratios?

Turnover Ratios assess the efficiency of working capital management. It measures how fast firms turn accounts receivables to cash or inventory to sales. The more the required financing period of the firm, the higher is the short term liquidity risk. 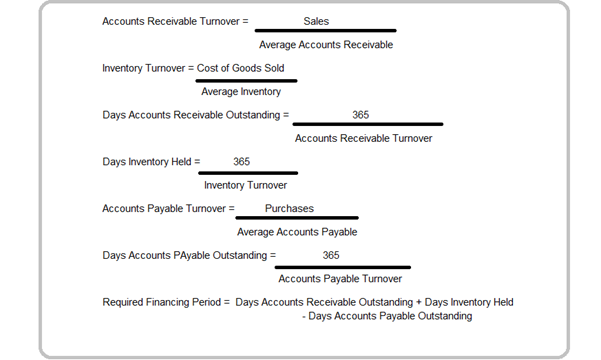 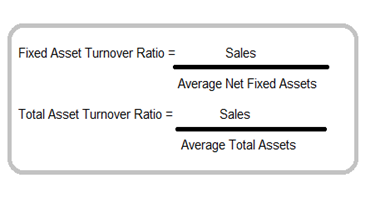 What are the Profitability Ratios?

The main profitability ratios used for financial analysis of a company as further classified into margin ratios and return ratios as explained below:- 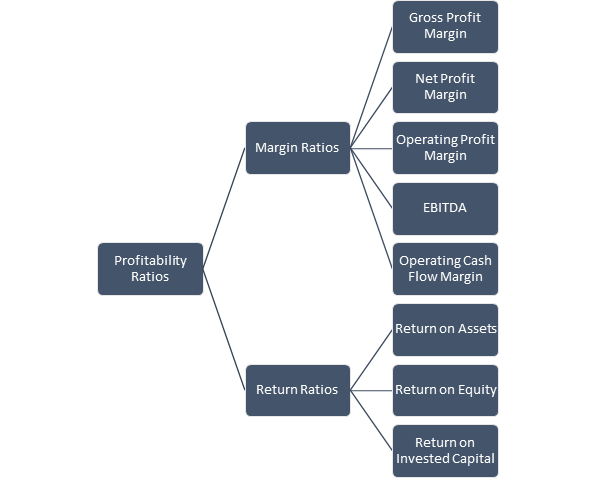 Gross profit is the profit left over after selling a product or service and deducting the cost of production and sales. It is used to analyse the firm's efficiency in the usage of raw materials, labour and other resources used in production.

The gross profit margin ratio is used to assess efficiency in core operations, i.e. the firm's ability to provide earnings to the firm even after paying up operation expenses, depreciation, dividend, cost of borrowing etc.

Operating margin also referred to as return on sales, shows much of revenue generated from sales remains after the operating expenses of a business. A strong operating margin creates value for shareholders, and the higher the margin lesser the financial risk. Operating margins may improve through cost control or revenue inducing higher pricing, marketing and increased demand. When operating profit margins are high, companies are better equipped to pay for fixed costs and finance their debts. It can also explore the possibility of offering prices lower than its competitors.

In financial modelling, EBITDA is commonly used as a starting point for estimating free cash flow.  When comparing two companies, the Enterprise Value/EBITDA  ratio can be used to give investors a general idea of whether a company is overvalued (high ratio) or undervalued (low ratio). Thus, EBITDA is important to compare companies that are similar. The EBITDA metric is often used as a cash flow proxy. When a business is not profitable, investors may use EBITDA to assess the company. Business owners use it to compare their results to that of their rivals.

The operating cash flow margin is a profitability ratio that calculates the amount of cash generated by a company's operating operations as a percentage of net sales over a given time. It calculates the percentage of sales revenue that is operational cash. It demonstrates how effectively an organisation generates profit from its sales. Operating cash flow margin is also a measure of profitability. Operating cash is the money a company makes after subtracting expenses associated with long-term investments, such as capital items and shares 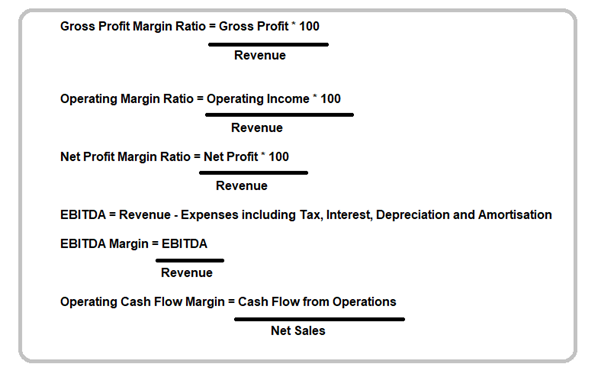 When a company's return on invested capital (ROIC) is compared to its weighted average cost of capital (WACC), it can be determined whether or not invested capital is being used efficiently. The term "return on capital" is often used to describe this metric.

What is Market Value Ratios? 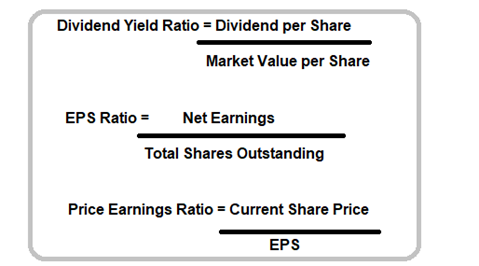 The earnings per share (EPS) ratio calculates how much net income per share of common stock received over a given period. It is a common metric for determining a company's overall profitability. Values associated with preference shares are excluded from the estimation of the EPS ratio. The EPS figure is highly significant to current and prospective common stockholders because dividends and possible increases in stock value are primarily dependent on the company's earning power. Analysts, stockholders, and potential investors all use and depend on earnings per share (EPS). In certain nations, public corporations must disclose this number on their income statements by law. The higher the earnings per share (EPS) percentage, the better. A higher EPS indicates higher profits, a better financial position, and a trustworthy business to invest in. EPS should be observed over the years and not just for a single year to better review the firm.

Stocks to keep an eye on if you feel retirement nervousness