By definition, Key rate is the interest rate that is responsible for the lending rates for banks as well as the borrowers’ credit costs. The federal funds rate and discount rate are the two commonly seen interest rates in the US. There are different types of Key rates and the main purpose of the same is to exercise control in terms of the lending capacities of banks in the long run.

There are times when banks fall short of their reserves. This is when the key rate is used as the parameter for interest rate for borrowing by them. This borrowing may either be from different other banks or in other cases from the Federal reserve. It is usually for a short period of time that these funds are borrowed. The discount rate is the rate at which these banks can lend them money is known as the discount rate, while that in the case of the Federal Reserve is known as the Federal Funds Rate. 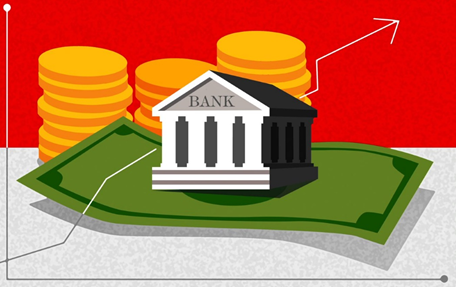 This kind of situation may arise when a huge volume of account holders due to some reason withdraw their money from banks. This is when the bank may tend to face conditions like insufficient funds or issues with liquidity. This directly impacts how much money one can withdraw. There may be times when clients may not be able to receive money when requested, simply because the bank has a shortage of the same. In order to ensure such a situation doesn’t arise, there is a fractional reserve banking system that is maintained by the federal reserve. This is why banks are required to maintain a particular section of their total funds in cash, in terms of the reserve requirement.

What is Fractional Reserve banking?

This is the system which ensures that only a segment of the bank deposits use the available cash on hand for withdrawal.  This is the process to ensure that the economy is expanded by the sense of freeing up the capital that is used for lending. While it is essential for banks to keep a certain amount of in-hand cash, the entire sum need not be kept ready for liquidation. In terms of the bank reserves, there is need for a certain amount of money to be kept in hand by the banks. There are even some banks that are exempted from the process of keeping reserves, however all banks are paid interest on the reserves.

What are the key considerations to be vary of?

One of the primary tools made use of by the Federal Reserve system, Key Rates are essential in the monetary policy implementation. When the reserve wishes to increase the supply of money, there will be the lowering of the discount rate, so as to bring down the borrowing cost. When a contractionary phase is being witnessed by the Federal Reserve, it usually increases the rates to facilitate the borrowing cost.

In order to control the supply of money, the Federal Reserve adjusts the key rate. This is because the prime rate is dependent upon the key rate. The consumers are offered the prime rate in the form of a benchmark. As seen generally, the prime rate issued nationally tends to be higher than the Federal Reserve Fund rate by at least 3%. Now when the discount rates increase and result in rate increase by the Federal reserve, the prime rates shall also witness fluctuation. The consumer loan rate like credit cards and mortgage will also witness an increase due to this chain reaction. With the key rates witnessing an increase the borrowing costs see an increase too which tends to cause money saving for the customers, hence resulting in an economy contract. When the key rates are lowered, the borrowing cost tends to get lower which will result in the spending going high and the levels of saving going lower, hereby leading to an expansion in the economy.

What are the different kinds of Key Rates?

The rate at which different banks charge each other for loans that are used in meeting their reserve requirements are known as the Federal Funds Rate. This is responsible for overnight lending, which is made available for credit unions, private sector banks as well as different other institutions for loan. In simple terms whenever a bank decides to borrow money from the Federal Reserve, they are charged the discount rate.

The discount rates which are set by the Federal Reserve, have an effect on the Federal Funds Rate. In case the discount rate witnesses an increase, banks tend to get reluctant in terms of borrowing, because the borrowing cost tends to be set higher.

In this case, there will be reserves built by the banks by ensuring that lesser money is lent to businesses as well as individuals. On the flip side in case the discount rate tends to be reduced by the Federal Reserve, it shall result in lower interest rates for banks looking to borrow. This will in turn help them in lending out more money as well as help in the borrowing of further funds in order to ensure the reserve requirements are met.