What are Issued shares?

Issued shares are those shares which the company has sold to all its shareholders. It includes all the shares held by promoters, management, institutional investors, retail investors and even the ones held by the company itself (treasury shares). The maximum shares that a company can sell is legally limited by its articles of incorporation and is termed as the authorised shares. In other words, authorised share capital is the maximum capital that the company can raise from its investors by issuing shares. Authorised shares are the shares that a company's founders or board of directors have approved in its corporate filing form.

For example, Company X’s charter (also known as articles of association) states that the company's total authorised share capital will include 1 billion ordinary shares and 100 million preferred shares. Therefore, the company cannot issue more than 1 billion ordinary shares or 100 million preferred shares without legally raising its authorised share capital limits in its charter. However, a company's charter might allow the authorised capital to be amended through shareholder approval.

How do issued shares differ from authorised shares?

Suppose, based on company X's current investment requirements, it requires only US$800m. Assuming shares are priced at US$1 each, company X can raise this by issuing 800 million ordinary shares. The 800 million shares, thus issued, will be known as issued shares. 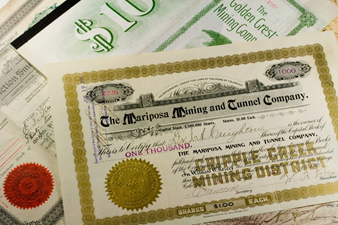 The company is authorised to offer the remaining portion of the authorised shares, the unissued shares, and when the requirement for capital arises. These shares are often used to compensate parties involved in each stage of growth for a company. For example, the company may use these shares to attract investors from potential investors in a later round of funding. Companies often keep these shares as a compensation tool in the form of employee stock option plans (ESOPs).

Continuing with the above example, company X has 200 million unissued shares, which it can issue at a later point of time as and when the requirement arises. These 200 million shares will be included in the authorised shares for the time being but will not be considered as issued shares. If the company requires further investment at a later date, it can issue a portion or whole of the unissued shares to raise the required capital. 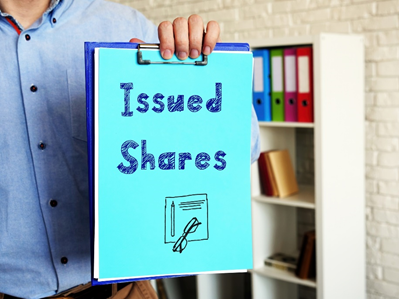 What are the types of issued shares?

Outstanding shares are the shares that are available to shareholders for trading on the secondary market. A corporation only issues a share once; after that, investors can sell it on the secondary market to another investor. These include restricted shares owned by the company's management, promoters and senior employees and shares owned by institutional investors and retail investors. Institutional investors are large investors and usually invest on behalf of mutual funds, hedge funds and retirement funds. In a small privately held company, all the issued shares are held by the founders' initial owners.

In company X, all the 800 million shares issued will be available in the secondary market initially and hence, will be considered outstanding shares. These shares are freely available on the stock market, and investors can trade in them.

On the other hand, treasury stocks are the stocks which the company itself owns. A company, which has sufficient cash on its balance sheet might decide to buy back some of outstanding shares from its investors. These shares brought back are known as treasury shares and form a part of the company's issued shares because the company might resell them. The result of such action is the reduction of the shares outstanding. As a result, such shares are not considered while distributing dividends or even computation of earnings per share (EPS). Consequently, the earnings per share and dividends tend to be boosted by such actions.

Suppose, after five years, Company X has excess cash of US$100 million on its balance sheet compared to its investing requirements. The company might decide to do a share buyback with the total excess cash. As a result, the company's outstanding shares will reduce by USD100 million or an equivalent number of shares (assuming the shares are priced at US$1 each). Thus the outstanding shares will now be 700 million, and the 100 million shares bought back will be accounted as treasury shares on the balance sheet. Dividends and earnings of the company need not be distributed to the shares bought back. Hence, the company will not use these 100 million shares for earnings per share (EPS) and dividend per share (DPS) calculations. However, it must be noted that these shares continue to be a part of the issued shares. Company X has the option to resell these shares at a later date as and when requirements arise.

Shares outstanding, which refers to the issued shares less shares held in treasury, is mentioned on the company's regulatory filings. Details regarding the number of shares and their various classifications are also detailed in a company's annual report.

What is the link between issued shares and ownership?

Since shares provide ownership of a company, an investor’s ownership stake in a company can be assessed by analysing the proportion of issued shares owned by the investor.

For instance, if an investor holds 10% of a company's issued shares, it implies that the investor owns 10% of the company. Consequently, the person is legally authorised to get a 10% share in the profits earned and dividends declared by the company.