What is meant by indemnity?

Indemnity refers to the provision under which one party can manage the risk attached to a contract he has entered. Under this provision, the losses suffered by one party are paid for by the other party. An indemnity contract's scope and strength are determined based on how the contract is made and what it entails.

Simply stated, indemnity is the promise by one party to compensate the other party under a contract in case of an unexpected trigger event. This event can include breaching a contract, a party’s failure, or some specific action. 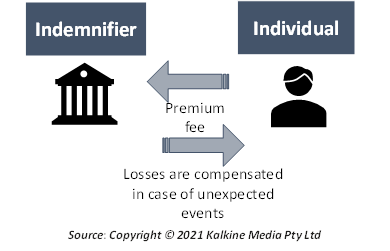 Indemnity can be understood as the transfer of risk between the two parties based on a contract. It can also refer to a legal exemption from paying for damages, wherein the word indemnity has the general meaning of “holding harmless”.

What are the different variations in the meaning of indemnity?

Indemnity may have multiple meanings which change based on the context they are used in. Firstly, indemnity may be used to indicate that an injured individual has the right to claim reimbursement or compensation for the damage suffered by him. This compensation is received from the person in charge as mentioned in the contract.

The second definition of indemnity refers to the compensation offered when there is loss because of the actions of another party.

Finally, the third definition states that the secondary party would compensate the person who bears the losses in case of loss or damages.

How do indemnity clauses work?

The functionality of the indemnity depends highly on how the contract is drafted. However, indemnity may include the following types of coverage:

What types of indemnity clauses are there?

The most common types of indemnities include the following:

What are the key aspects to be considered in indemnities?

Any indemnification agreement should have the following aspects:

How a particular indemnity agreement works out depends solely on how each agreement is made and what all is covered in it. 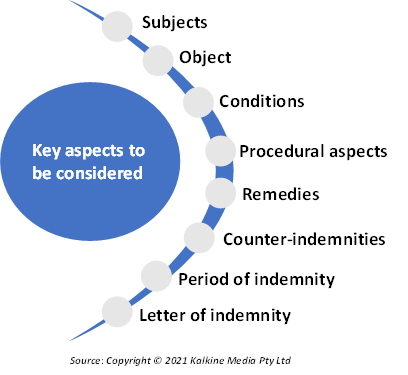 How is indemnity linked to insurances?

Thus, an insurance is an indemnity in which the insurer is paid a premium and promises to pay the insured in case of an unplanned event.

When can indemnity not be applicable?

There are certain instances where indemnification of loss may not be possible. This includes the case when the individual getting indemnified deliberately tries to incur a loss just to receive the compensation. If the unexpected events occur because of the actions of the individual himself then indemnity may sometimes not work.

Indemnity may also not be applicable when the loss is incurred due to some fraud or crime committed by the receiving party. Thus, illegal activities are strictly left out when it comes to providing indemnity. (S

A Peek into latest developments in General Insurance sector

Here’s why EML Payments (ASX:EML) should be on investors’ radar

Why Indivior (LON: INDV) shares suffered a 20%-crash on Friday

What is next for ASX 200 listed NAB share price?