By definition, Imputed Interest is known to be the approximate interest rate on a given debt, rather than what the debt agreement indicates it to be. Imputed interest comes into play when the rate of interest associated with the particular debt is exponentially different from the market rate. The IRS also makes use of imputed interest for the collection of taxes incurring on debt securities which are usually of minimal or no interest value. 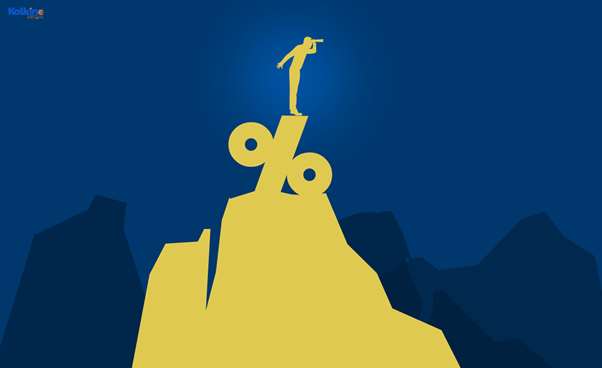 Determining the rate of interest that works best

So, for instance, when two given parties reach a business agreement that involves note payment, it is usually assumed that the related interest rate shall be close to the percentage set by the market. There are, however, instances when interest rate is not mentioned or  even though mentioned, it is very different from the market rate.

In case the mentioned interest rate happens to be very different from the one stated by the market, there is a need to choose an interest rate that is more befitting to the market rate. The ideal rate therefore would be the one that approximately would have been used if it were two individuals entering an agreement as lender and borrower. There are, however, a few situations that are exempted from this school of thought, these include:

The usual and preferred course of action followed for deriving the imputed interest rate is to determine the exchange price for the services or goods in question; using which interest rate is then calculated. This exchange price is usually perceived  to be what would be paid in the case of a cash purchase. According to this, it means that the items or services in question are usually recorded at “fair value”. If there’s a difference or discrepancy notices in the fair value and the present value, it shall then be dealt with as a change in the rate of interest. Examples of this are premiums and discounts over the course of the note, respectively.

In cases where it isn’t possible to establish the exchange price, there must be the determination of a feasible interest rate, which is to be fixed  during the issue of the note. The rate so determined should be the existing rate applicable to borrowers in similar credit rating situations, which could be adjusted keeping in mind factors like, the credibility or the credit standing that a borrower holds, not collateral, agreements relating the note, that are restrictive in nature, the tax situations of the sellers or buyer involved as well as the rate of interest being offered by other financing sources in similar situations.

In this case, any market changes occurring in the rate of interest shall not be taken into consideration.

What is the interest method?

Once the appropriate rate of interest has been determined, it is then used in the amortization of the discrepancy between the rate on the note and the imputed interest rate, over the course of the note, with the interest expense account responsible for any difference in the same. This is better known as the interest period.

The IRS had to establish apt federal rates in the 1984 Tax Act. The reason for this was that several interest-free and low-interest rate loans, which went by untaxed before this. For this purpose, the AFR established the lowest interest rate on loans, which was below a particular threshold. Now the potential income figure generated using the interest rate was the imputed income. Since the existence of the AFR, the IRS was able to collect tax revenue from loans that were previously untaxed.

How is Imputed Interest calculated in case of a Zero-Coupon Bond?

An essential tool to ascertain pension pay-outs, Imputed interest is used when people get the money, they have saved for their twilight years. For instance, when an employee reaches their retirement from a company, where there was a pension plan in play, the Company may either offer them a lumpsum payment or smaller, yearly payments in terms of benefits. Determining the federal rate for short term, the retiree can establish whether they could take the lumpsum amount and invest it into a high-yielding annuity instead of taking out the monthly or yearly payments. This would mean better benefits for the pensioner, by multiplying their money, rather than withdrawing it at the pre-decided value.