ICON is an online platform that enables the interactions of the independent blockchains, also known as communities. In the ICON platform, a network of nodes is used to define the community and the nodes follow a sole governance system.

The main goal of the ICON is to provide a platform where a range of industries such as security, insurance, commerce, educational, healthcare and finance can conduct transactions and interact with each other through a single network.

ICON’s native coin is ICX. The ICX can be utilized for numerous purposes such as launching smart contracts, creating new tokens and executing the payment. It is similar to Ethereum’s ETH. The ICX is used for conducting transactions between the different cryptocurrencies. For doing so, the exchange rate is calculated by employing Decentralized Exchange (DEX). ICX is different from NEO and ETH, as it can be used in cross-communication blockchain also. 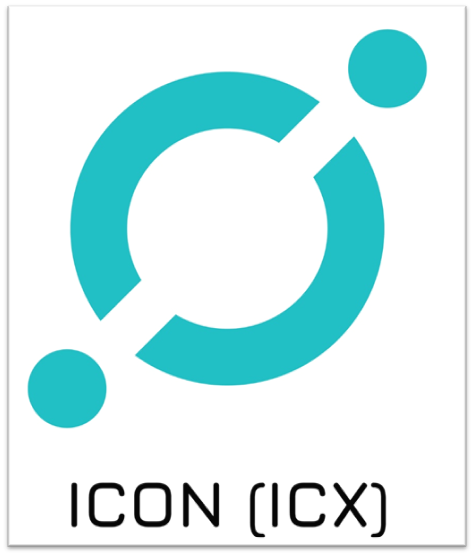 What are the goals of ICON?

ICON was founded with the aim to construct a network that is created by cryptocurrencies powered by individual networks. Blockchains that are part of the icon project can indulge in the transaction of the currencies through the decentralized exchange (DEX).

A currency reserve is created by the DEX for each community of the blockchain, it allows the exchange of the currency in real-time. The exchange rates are decided for transactions by employing the AI analysis model. ICX coins are utilized as the intermediary currency for executing the transaction.

The rules which define the interaction between the independent blockchains and the republic blockchain is known as the Blockchain Transmission protocol (BTP).

What is the technology behind the ICON?

ICON platform revolves around a loop chain based on the blockchain, a smart contract system. It can be customized in terms of the consensus mechanism, ruleset and other features. In the ICON ecosystem, the connections between different blockchains are based on specific structures and systems.

Communities – A network that is composed of a range of nodes within a single governance system is known as the community. Each community has a different consensus mechanism and rules. To illustrate, Ethereum and Bitcoin can be termed as the community. Moreover, the government, banks, healthcare, e-commerce and so on can be described as the communities.

C-Nodes – C-nodes stand for the community nodes which have the right to transact but cannot participate in the verification of the transaction. Moreover, they cannot vote in the governance in the ICON republic. Chiefly, the job of the C-nodes is to maintain their community and govern their own blockchain community.

C-Reps – C-Reps stands for the community representative and they have the right to vote in the governance and authenticating the transactions within the ICON platform. C-reps are appointed by the community and incentives are given to them in order to maintain the ICON republic.

Citizen Nodes – The nodes allow the communities and the individuals to establish a connection with the ICON platform and undertake transactions. Additionally, it allows the usage of DAPPs which are built on the loop chain. Citizen nodes do not have the right to participate in the governance.  DAPPs are the decentralized platform which can be built by ICON users. Once the application is listed on the DAPP store, then all the citizen nodes can use them by downloading the same.

The blockchain with the ICON Republic is known as the nexus. A nexus can be defined as the collection of the communities that are connected with each other through C-Reps. Nexus is not only limited to providing connectivity but it also provides scalability in the network.

What services are extended by ICON?

ICON technology is part of the decentralized finance (DeFi) which is growing rapidly. The decentralized exchange of the ICON maintains and establishes a currency reserve for all the blockchains which relate to the ICON. It empowers the members of the ICON community to exchange the value or the currency in real time.

ICON works with the blockchain partners which employ ICON networks such as the government, healthcare and finance.

BROOF is one of the services which is extended by the ICON’s blockchain which involves providing document issuance service. The service is used by the Pohang University. With digitizing the diploma issuance process, the chances of frauds have been deducted considerably. Moreover, it allows the employers to verify the diplomas of the students. Lastly, ICON also extends anti-spam technology which is employed by dozens of banks and the South Korean government.

What precautions should be taken while dealing with ICON?

The focus of the ICON project is not limited to creating a cross communication between the blockchains and the different cryptocurrencies, therefore competition as a factor needs to be taken into considerations. ICON is in alliance with the Aion and Wanchian, which extends a competitive edge to the ICON project.

It is important to acknowledge that the ICON project is new in the hyperconnected world. Therefore, it is difficult to state the long-term success of the project and the communities which will be participating in the project. In case, the ICON is not able to expand its adoption rate, then the value will suffer significantly.

FPH, SUM, BLT: 3 healthcare stocks in focus amid a spike in COVID-19 cases

Who are the world's richest people in July?

Gas Monkey NFTs set to launch in near future

MWE, DGL, FWL: Why are these NZX wine stocks in the spotlight today?