Hypothesis testing is a process in which an analyst makes inferences or calculated guesses about a specific parameter. Based on the nature of the data and reason for analysis, the analyst decides on the methodology that he/she would follow next.

The primary objective of hypothesis testing is to assess the feasibility of the hypothesis with the help of sample data. The sample data is taken from population data or data generating process. 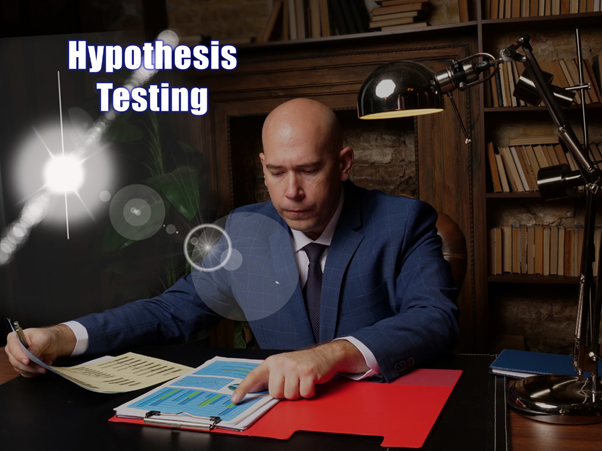 When we conduct quantitative research, the objective is to answer the research question or test a set hypothesis.

Terminologies to understand and remember in hypothesis testing

Null hypothesis refers to the statement that explains the probability model generating the data. In this process, we test the possibility of the statement being true to decide whether to accept or reject the alternative hypothesis.

The null hypothesis is denoted by H0. It includes signs like =, ≤, or ≥

Significance level refers to the statistical strength of the hypothesis testing. It is also known as alpha, and it defines the possibility that the null hypothesis is denied.

It is characterised as the possibility of incorrect assuming that H0 is untrue.

Test statistics refers to a random variable calculated from sample data. It is used in hypothesis testing to verify whether to accept or refuse H0.

Test statistics measure the degree of agreement between a sample of data and H0.

It is a statistical test where the critical area of the distribution is one-sided. The one-tailed test shows that the sample mean would be greater than or less than the population mean. While using a one-tailed test, the analyst tests the probability of the link in one direction of interest and ignores the link in another direction.

The analyst doing one tail test must set H0, Ha and p-value. 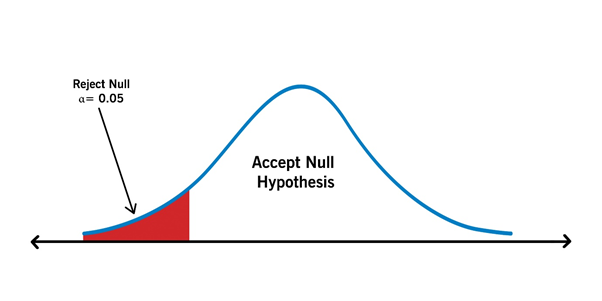 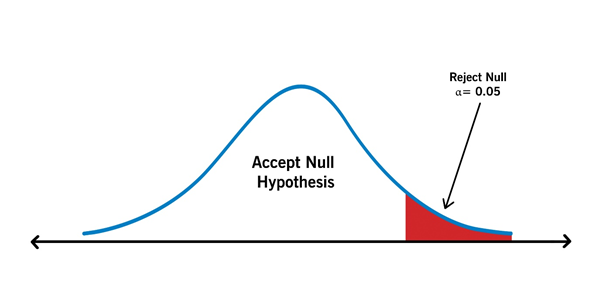 In a two-tailed test the critical area of the distribution is two-sided. It tests whether the sample is less than or greater than the range of values. While using this in null-hypothesis testing and testing for statistical significance, if the sample tested falls in the range of either of the critical regions, then we choose an alternate hypothesis instead of a null hypothesis. 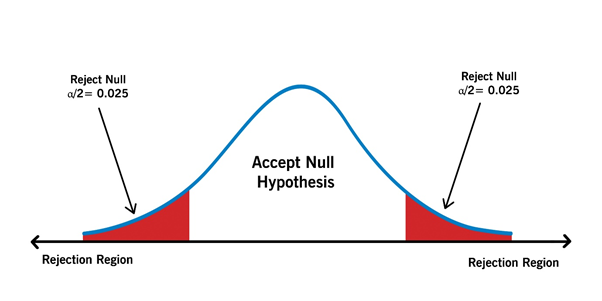 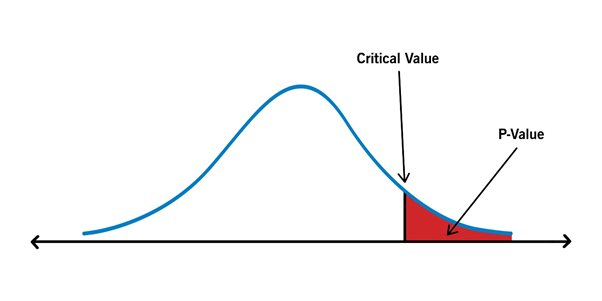 What are the steps involved in hypothesis testing?

Once the analyst is familiar with the above terms, he/she is ready to test the theory. In this section, we would see the steps to follow while doing hypothesis testing.

The third step in the process is determining the significance level, which is α. Generally, a significance level of 5% (0.05) is set. However, as per case to case basis, the value may defer. It could also be 0.1 or 0.01.

In this step, we calculate the p-value or the calculated probability of achieving the null hypothesis.

In hypothesis testing, there are primarily two types of error- Type I and Type II.

In Type I Error, the null hypothesis is correct. However, it is rejected incorrectly.

In Type II Error, the null hypothesis is incorrect. However, it is not rejected. 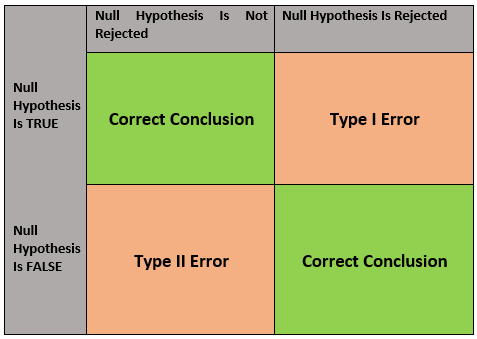