What is the Dark Web?

The dark web is one such portion of the World Wide Web which is not accessible by regular search engines. The dark web is considered a hotbed for criminal activities, and it is much more than that. Various websites exist on an encrypted network inside the dark web. Standard web browsers and programs cannot find these websites. Once inside the dark web, different sites and pages can be accessed like one does on the web. Scientists believe that the internet we see is only 4% of the entire ocean of the web, meaning the 96% consists of the "Deep and Dark Web".

The user interface used in the dark web is usually internet-based, but it utilises special software which is not part of the standard ones. There are dozens of web browsers to surf the internet, but they all work in the same way. These standard browsers use ports and protocols to request, transfer and view data on the Internet. The website you access may look familiar, but as you enter, it may be illegal or something familiar but otherwise not monitored by anyone else. Therefore, the deep web and the dark web are famous for being anonymous.

Also read: Cyber Espionage Campaign: Strings that tie China, Australia and the US

In order to access a few areas which are restricted, the user may need a password and a process to follow. A special software called TOR (The Onion Router) or the Freenet has these non-standard connections. These browsers are unlike standard internet browsers and have a process to access. They allow the users to browse around the dark web and are focused on keeping the user identity anonymous. If hacked or accessed, the regular web browser can easily provide user information such as who the user is and whereabouts. Though the dark web is providing 100% anonymity, federal agencies have been successful in tracking down criminal activities on the dark web. It is often said that the person you are talking to on the dark web could either be an FBI agent or a criminal. 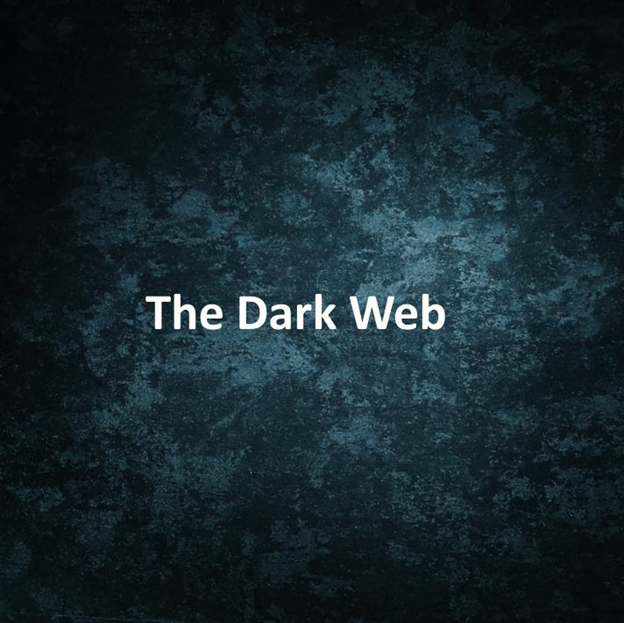 What happens inside the world of the dark web?

The dark web is famous for allowing sinister activities, but many users go on the dark web to access information which otherwise may not be accessible on standard internet. Such as users from extremely oppressive governments who cut access to the world for their citizens. Unfortunately, such confidential environments also provide open platforms to criminals, terrorists and other such individuals involved in illegal activities.

Hence, experts advise users to not access the dark web even out of curiosity as it is a lawless environment. There have been many incidents where innocent, curious users were trapped and forced to get involved in criminal activities or their digital devices hacked and compromised without their knowledge.

A study conducted by a University of Surrey researcher Dr Michael McGuires in 2019, Into the Web of Profit, shows that the dark web has become worse in recent times. Since 2016 of all the listings on the dark web suggested, 60% could harm companies. Everything illegal and criminal can be found on the dark web, it also has other legitimate options such as chess clubs or book clubs, but because of the anonymity, the user will not know whom he/she is interacting with. Inside the dark web, anonymity and lawless nature make the crimes which exist otherwise in our society hard to trace.

The payment procedure inside the dark web is also different from the World Wide Web. Most often, Bitcoin and Monero cryptocurrency are used for the transactions.

What’s the difference between the deep web and dark web?

The dark web is part of the entire deep web and is hidden from regular browsing access. Most people confuse the deep web and the dark web as one entity. It is not. The deep web content includes anything hidden and restricted behind the security wall such as content which otherwise requires paywall or sign-in or blocked by the author. Content which cannot be easily accessible on regular internet such as medical records, membership websites, paid content are available on the deep web; hence it is also called Invisible Web.

ALSO READ: Technology has changed the way we work amid the COVID-19 crisis: A look at in-demand technologies 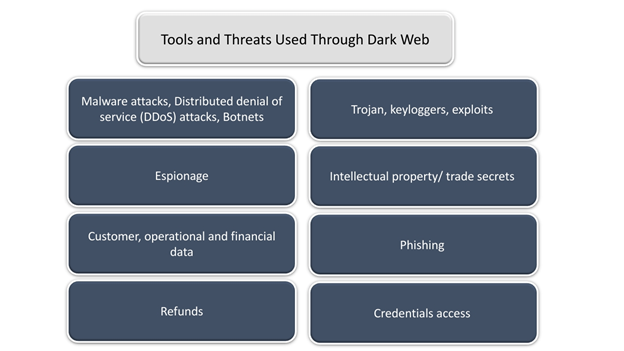 Also read: It happens again, NZX being bullied by Cyber-attackers- Down for the fourth day

What kind of risk companies face due to the dark web?

The Into the Web of Profit report listed below threats various organisations around the world are facing, especially the ones who have weak or insufficient cybersecurity measures.

Also read: Cybersecurity and the Requirement of a Resilient Environment in Australia

Are there advantages and disadvantages to the dark web?

The dark web provides complete anonymity, the users get complete privacy to perform any activity, be it illegal or legal. Many countries in the world still have authoritarian regimes offering no civil rights to their people. To such oppressed lot, the dark web provides an opportunity to access news, information, data and also express their views. The dark web is also a perfect place for law agencies to map criminal activities while being undercover. It is also easy to commit gruesome crimes through the dark web as it is complicated and lawless. Criminals can easily use the dark web to compromise someone's privacy, steal data or private information or even hire someone to commit murder.

Do internet users need to be concerned about the dark web?

The simple answer is no unless the user is using the dark web. Study says that most young people visit the dark web out of curiosity. They do not want to indulge in any criminal activity but want to see how the hidden and secret world of the dark web operates. And that is where the possibility of the electronic device IP address getting hacked by other criminals to perform their criminal activities lies.

The earliest use of darknet dates back to the year 2000. Freenet was created at the University of Edinburgh based on a student research paper. Ian Clark wrote the paper in 1999 on the possibility of such an encrypted internet base. Freenet was created to oppose censorship and provide a platform for free speech. The most powerful dark web is TOR, and it was created by the United States government to have a secure encrypted communication in case of emergency and complete disaster. Even today, many law agencies are secretly active inside the world of the dark web to gain access in the criminal world and stay one step ahead.

How to launch Web3 projects on RLY Network with SuperLayer?

Why are ASX travel and healthcare stocks on investors' radars today?