What is dark cloud cover?

The dark cloud cover is significant in the stock market as it shows a shift from upside to the downside. This pattern is observed when an up candle is trailed by a down candle. A confirmation is received when the third candle further indicates lower prices. 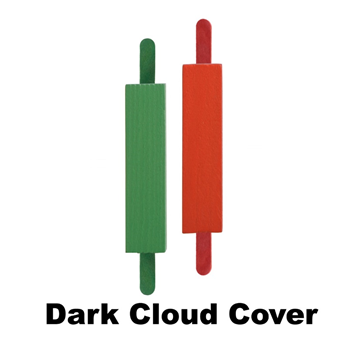 When a large black candle is formed over a preceding up candle, then the dark cloud cover is observed. In a bearish market, the buyers increase the price of an asset at the beginning but at the later stage/session the seller takes over the market and by selling the shares, the prices are brought down sharply. With the shift in the prices from upward trend to downward trend or from buying to selling, a price reversal can be predicted from the downside.

The dark cloud cover is only considered useful by the traders when the downward trend is preceded by the rise in the prices or an uptrend. When the prices of stocks are continuously moving up, then the potential move towards the downside becomes important. When the price action is choppy, then it is likely that the pattern remains choppy afterwards and holds less significance for the traders.

The pattern will be marked as dark cloud cover pattern when:

The end of the bearish candle is generally used for exiting the long position in the stock market. The trader might take the exit decision the next day if the price of the shares keep on declining, that is, a confirmation is received regarding the dark cloud pattern. A trader can use stop loss for protecting themselves, by placing the stop loss on the bottom of the bearish candle. Traders do not target profit when the dark cloud covers are forming.

The dark cloud cover can be used in conjunction with the technical analysis.

How to locate a dark cloud on a candlestick chart?

What information is given by the dark cloud cover?

In a dark cloud cover, a bearish candle appears within the upward trend and the bearish candle opens above the bullish candle. This pattern indicates that initially buyers had control over the market and the buyers have pushed the prices high till the sellers take control. After this change in the momentum, the prices of the stock closes below the midpoint of the bullish (up and green) candle. The trend is only significant when it appears within an uptrend. Furthermore, the candles should have large bodies. The short bodies are generally ignored as they have no or very little strength to change or impact the overall momentum. The pattern finds significance when the bearish candle has no shadow and closes below the mid - point of the previous up candle. 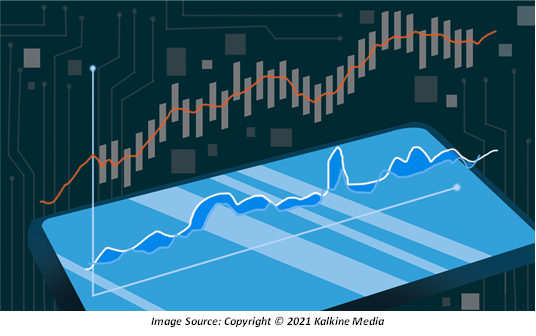 The pattern loses its significance when it appears within a choppy market and is considered highly significant when it appears in an uptrend market. In an uptrend market along with the dark cloud cover, the traders generally exit the long position and to gain a better position, they enter a short position. Most of the traders generally wait for confirmation.

No calculations are involved as the dark cover are visual patterns. Therefore, while deciding upon the exit plan, a trader should also utilise technical analysis tools. Stop-loss can be used to protect oneself from declining prices. A relative strength index can be considered to predict the trend in the market. If the value is above 70, then a fall can be predicted.

What are the advantages and disadvantages of dark cloud cover?

Advantages – Dark clouds are easy to locate. The risk to reward ratio provided by dark cover is better than the bearish engulfing pattern. Also, the pattern can be observed in the beginning.

Disadvantages – The trader cannot take decisions solely based on the dark cloud-related information, and it should be accompanied by technical analysis tools. It is important that the pattern occurs at the top of the uptrend.

What is Propy crypto & why is PRO token soaring?

Is Wood Group (John) Plc a good buy after its strategic sale?

Bunnings issues warning to its consumers on data breach

5 best US fintech stocks to consider in 2022

Darktrace (LON: DARK): Should you buy this stock now?

Spark (NZX:SPK): How did it fare last month?

What awaits the cryptocurrency market this year?