A central Bank Digital currency (CBDC) is the digital form of a nation's currency backed by the trust of its regulating government. It is usually under the control of any country's central bank, backed by national governments. The concept is of a new type of currency and is still in developmental stages worldwide. CBDCs are based on blockchain technology and the same underlying principles as cryptocurrencies. Countries around the world are experimenting with it. Some ambitious and tech-pro countries, like China and South Korea, have already finished the demo and pilot testing for their CBDCs.

What are the key features of CBDC? 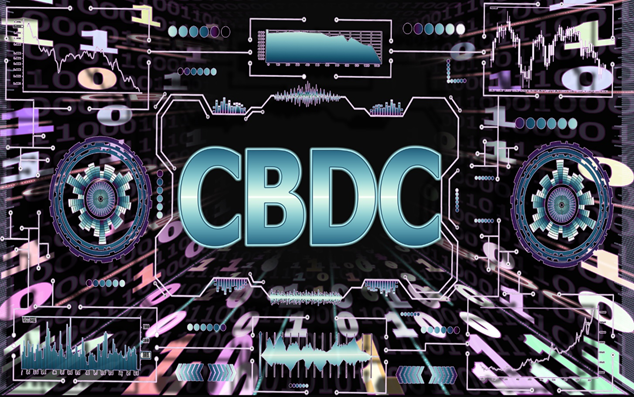 Which technologies back CBDC?

Though government backed and centralised, CBDC uses blockchain technology like other available decentralised virtual currencies. Being government backed, CBDC needs to keep a record of all transactions by every entity on a centralised database. After all, digital fiat currencies or CBDC will act as a digital representation of a country's fiat currency. It will also be backed by a suitable amount of monetary reserves like gold or foreign currency reserves. This is why a shared or distributed ledger system becomes essential for the central banks before launching a CBDC. It is a reason why several nations are still testing the implementation and design of CBDC. UK, Sweden, China, Venezuela have already launched experiments with or without blockchain technology.

As per the Bank of England's illustrative model of CBDC, it would work in the following way- 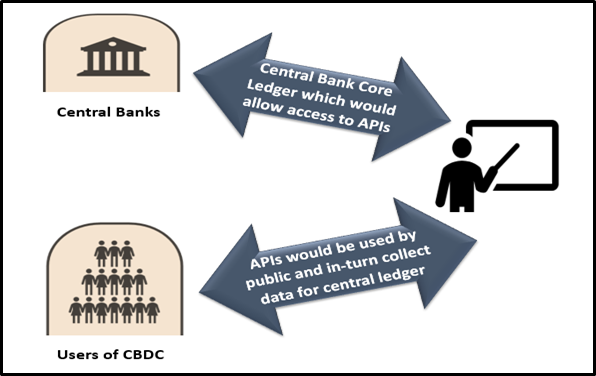 The Central bank would provide a secure, resilient platform for the CBDC and a core ledger functionality as per the above model. It would give access to Authorised Payment Intermediaries (APIs) to connect to the core ledger. The APIs would develop interfaces for users, which would be compatible with computers, mobiles or cards. Registered users with the APIs would then be able to use the CBDC for transactions.

What are the advantages CBDCs will bring?

How is a CBDC different from any Cryptocurrency?

Though CBDC and Cryptocurrencies both work on similar backend technologies, there are still a few differences.

What are the currently known types of CBDC?

CBDC can be either wholesale or retail, based on its purpose.

There are two known systems using which central banks are seeking to roll out CBDC.