How to define the ability-to-pay principle?

The ability-to-pay is an essential principle in economics that suggests the amount of tax that is to be paid by an individual to the government of a particular nation. The amount of tax must depend upon the income and wealth of that individual.

How to define the ability-to-pay taxation?

How did the ability to pay taxation emerge?

The theory of ability to pay taxation and progressive taxation was first introduced by Adam Smith in the year 1776. He is also regarded as the father of economics. 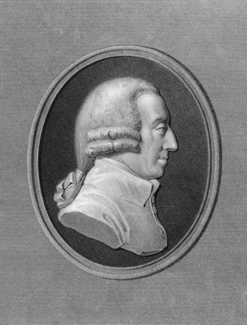 Therefore, it can be rightly said that the theory of taxation is an age-old concept suggested back in 1776.

What is the concept of progressive taxation?

The concept of progressive taxation refers to the bit by bit increase in the taxation level as per the increase in annual income of individuals or yearly turnover in businesses and corporations. The main aim of progression taxation is to make a fair practice of tax collection from the citizen with diversity in income.

The progressive tax system is followed in Australia. As per the tax rate of 2020-2021, anyone earning above $18,200 must pay a certain percentage of money from their income to the government as their tax. An income below $18,200 would not cause you to pay any tax.

What are the advantages of ability-to-pay taxation?

The citizen of a nation highly relies upon the government for availing of its services such as the police, healthcare, education, etc. In that case, resourceful people can put forward enormous contribution and funding to the government for all needed services.

The ability to pay taxation theory and progressive taxation method allows the taxpayers to pay tax according to their income and wealth. The tax amount increases along with the increase in income and wealth. Thus, the low-income individuals are not burdened in this process to pay a heavy revenue. They are made to pay a nominal percentage of money from their income as tax, and the rest can be utilised for their expenses.

What are the discredits of the ability to pay taxation?

The ability to pay taxation theory and progressive tax system restrict employees to gain a higher incentive. A significant amount of gain in their income could also result in them paying a higher percentage of their salaries as tax. Therefore, there is always a slight rise in the income of the employees as a yearly incentive.

Why is the ability to pay taxation important?

Spell Token’s trading volume up 1,200%: Is stablecoin MIM the reason?