Post a gradual increase in the index; the REIT space is now seeming to be moving into hibernation with the index hovering around 1,300 to 1,200 for quite some time.

The recovery in the REIT space is currently backed by market sentiments with some of the stocks operating in the segment such as Goodman Group (ASX:GMG) reaching to a new record high of $18.440 (as on 13 August 2020), while some such as Dexus Property Group (ASX:DXS) consolidating with the index and sloping slightly down on charts. 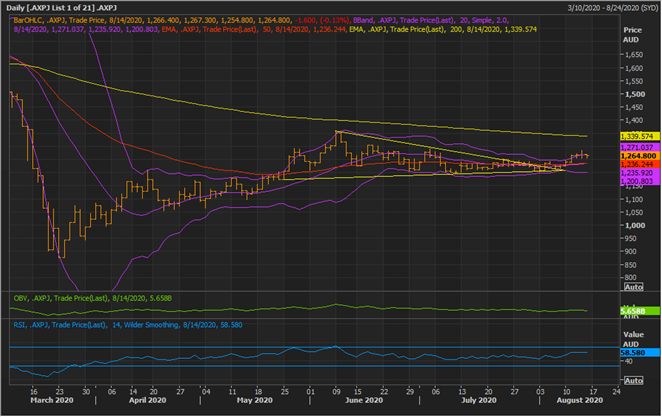 On following the daily chart, it could be seen that the index is presently consolidating in a range post a gradual recovery and attempted a volatility breakout with prices trying to breach the +2 Standard Deviation of the 20-day simple Bollinger band during the trading session on 13 August 2020. 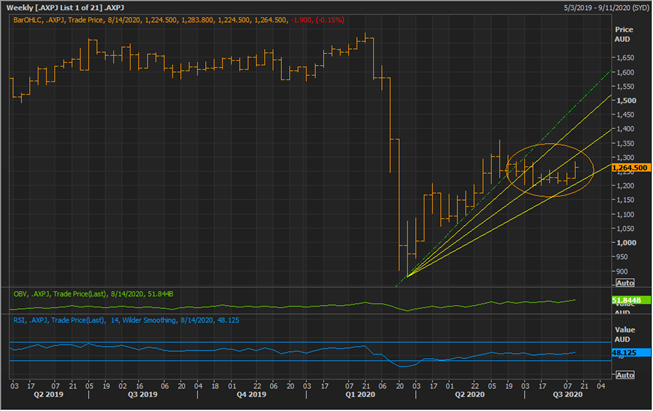 On the weekly chart, the index has demonstrated a failed pipe formation with the emergence of two outside bar, which till now has not been followed by a breach of the high point of the pipe.

Also, the 14-week RSI is currently below the overbought zone and near the mean value, suggesting that if bulls succeed, the rally could be steep. 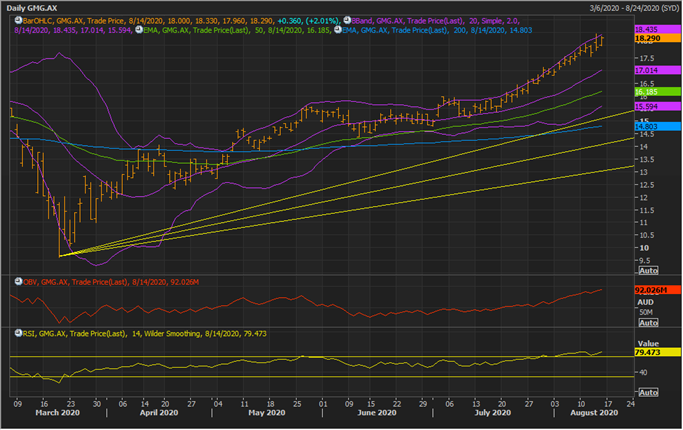 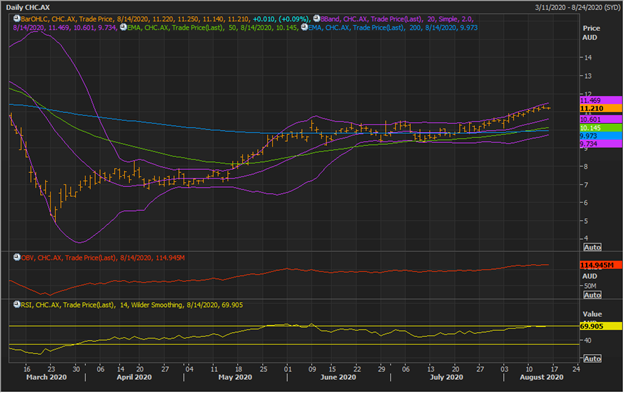 On following the CHC on the daily chart, it could be seen that the stock is closely mimicking the action of the index and its peer group stock – GMG with a recent attempt for a volatility break, which subsequently failed. 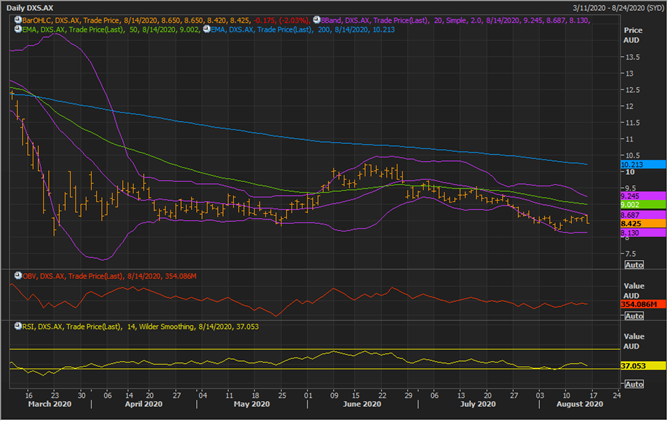 On following the daily chart, it could be seen that the stock is currently taking the support of -2 SD of the 20-day simple Bollinger band.