Great Southern Mining Wraps Up A Successful Quarter, Plans Significant Progress at Priority Projects in the Next Quarter

GSN has made remarkable progress across its project portfolio in Western Australia as well as Queensland over the last three months, and various activities have returned significant results highlighting the prospective nature of the projects and adding value to the portfolio.

A two-phase drilling program commenced at the 100% owned Cox’s Find project during the quarter to test the lateral extensions of the known mineralisation as well as testing the down plunge extension on the high-grade quartz load that was historically mined. This drilling program consisted of: 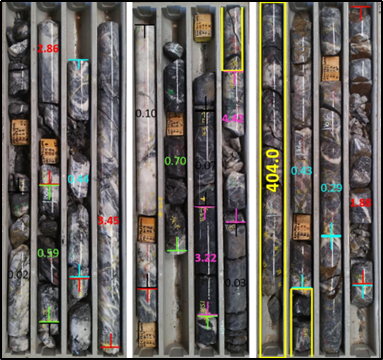 Interesting Read: Great Southern Mining Surges 23% on the Back of Commencement of Drilling at Cox’s Find Project

Moreover, during this first phase of drilling, one near-mine target had initial scout holes drilled.

GSN has received laboratory assay results for the first six RC holes and remaining results from the program and awaited.

Presently, Phase 2 of the current drill program is underway with a focus on multiple new, untested near mine gold exploration targets with geological look-alike analogues to the historical Cox’s Find mine.

Another significant move after the June quarter was the lodgement of applications over four strategic and highly prospective tenements lying immediately adjacent to the Cox’s Find Gold Project in Western Australia. The tenements include:

GSN is of the view that the tenement applications once granted shall contribute towards the extension of Cox’s Find Project tenure 16-fold to a total of 54km². Moreover, this would also comprise of more than 2km of access to the evidently identifiable mineralised trends that host both the Garden Well and Rosemont gold deposits.

Additional processing of hyperspectral data was undertaken during the quarter to assist with identifying illuminations of indicative geological alteration systems related to porphyry and Intrusive Related Gold Systems (IRGS).

These targets identified have been allowing a focused field exploration program around the highly prospective systems.

In addition to this, GSN has identified several gold-bearing shoot extensions along strike and down plunge of the existing resource area, which are yet to be completely tested. GSN’s focus for the drilling shall be this extension along strike.

Other developments on the financial front include the following:

After navigating through quite a successful quarter, GSN now looks forward to making significant progress with its priority projects and anticipates recurrent news flow as the results from GSN’s exploration programs emerge over the ongoing and coming quarter.