In this article, we would discuss the three stocks with exposure to Copper, Gold, Molybdenum and Vanadium. These three stocks had recently released updates pertaining to their operations, grant of tenement and testing results.

Let’s look at these three stocks from Metals & Mining group:

On 01 July 2019, Axiom Mining Limited (ASX: AVQ) reported the monthly quarterly activities for the June Quarter. According to the release, mining operations continued at San Jorge, and the company witnessed a steady increase in the daily mining production rate per day for operating days. Previously, in May, due to continuing rain and construction activities, the production rates in opening days were impacted; however, in the last half, improvements in daily mining rates were witnessed by the company.

In May, the company had an addition, as new mines manager Mr Mike James. It was reported that Mr James had demonstrated experience in planning, design and schedules. As per the release, the company’s San Jorge received a positive report from an inspection by World Bank funded Mines Inspector on behalf of Solomon Islands. 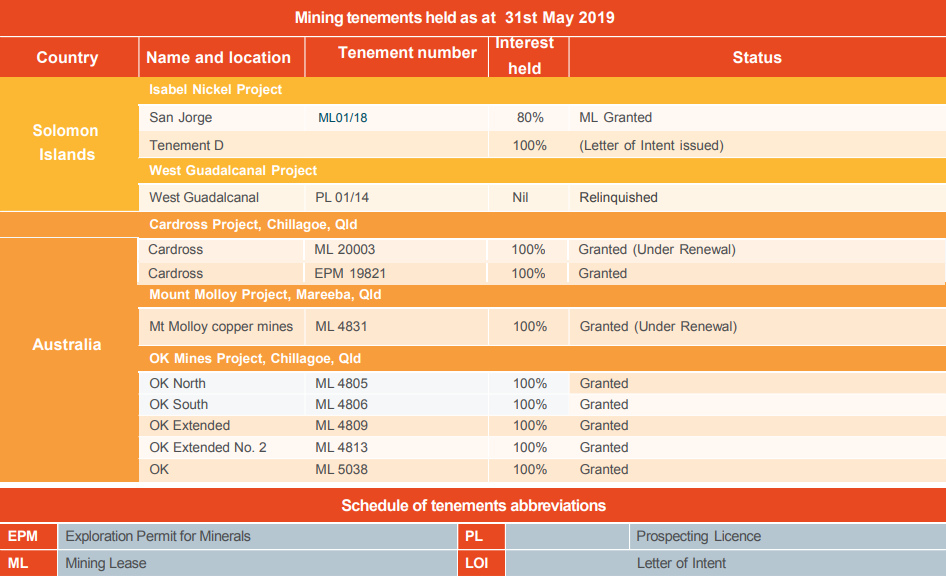 In Australia, the company currently holds prospective copper/gold tenements in North Queensland, and also review these tenements following the commencement of field geochemical and geological program in June and December 2018 quarters.

Reportedly, the completed field work at Mountain Maid, which included core density and mine scoping along with geological mapping backed up the desk studies of gathered data from the program undertaken in the March quarter. Further, to renew the Cardross ML 20003, an application was filed at the Department of Natural Resources, Queensland Government.

On 01 July 2019, the company also released monthly cash flow report ended 31 May 2019. According to the report, some notable cash flows included- net cash of A$819k from the financing activities. Further, from financing activities, A$387k was recorded in the proceeds from shares issues, while A$453k was recorded in the proceeds from borrowing. Lastly, the company is expecting cash flows to be A$505k for the next month.

AVQ had earlier notified the market that its stock was under trading halt on 27 May 2019 and had requested for the suspension of its securities from 29 May 2019 till 21 June 2019. On 24 June 2019, it further, requested for the extension of the voluntary suspension of its shares, pending a release of an announcement to the market, with regards to the conclusion of the capital raising, until the earlier announcement to the market or the recommencement of trade in the AVQ’s securities on 3 July 2019.

On 01 July 2019, Inca Minerals Limited (ASX: ICG) announced the grant of tenement EPM27124, which is one of the two tenements comprising the Company’s MaCauley Creek Cu-Au-Mo Porphyry Project in Queensland, and it has been acquired through open-ground tenement application and MOU.

Reportedly, EPM27124 (now granted) and EPM27163 (application) are the two tenements in MaCauley Creek comprising an area of 359km2, which hosts multiple indications of a mineralised porphyry system. Also, the area covering EPM27124 had completed three phases of mining/exploration- where historic small-scale mining was targeted at ten mine workings at 4 sites, and some main locations include Mt Long Mine, Western Mine, Silver Prospecting Area and Copper Knob. 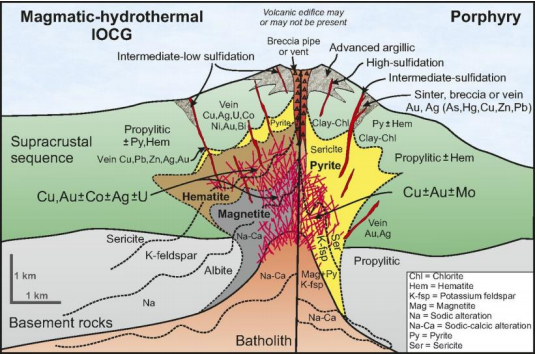 Past Assessment on Exploration

The company interprets that past exploration validates and strengthens the porphyry potential of MaCauley Creek. Reportedly, the mineralisation hosting Cu-Pb-Zn-Ag was identified in the previous drilling below historic mines at shallow depth. Also, gold was largely not tested earlier by NQM, but RMA was associated with Cu-Mo-Ag. Reportedly, a geophysics survey conducted by RMA had produced targets less than 100m depth below surface remain untested. Further, the geochemical pattern of various porphyry elements (Cu, Ag, Mo) is also suggestive of porphyry mineralisation.

The company intends to form a partnership at MaCauley Creek by communicating with major miners actively searching for porphyries in Australia. Meanwhile, it also intends to implement an exploration program, which would immediately investigate the strong porphyry evidence known in the project area. Inca also provided a 24-month program which intends to interpret and integrate the RMA and government geophysical data, ground investigation focussing on known target areas and old mine workings and detailed mapping and sampling to generate priority drill targets along with drill testing on high priority porphyry targets.

It was reported that the Snettisham Project consists of critical infrastructure to underpin processing of vanadium-rich magnetite concentrate and exporting. Some of the infrastructures include the availability of cheap electricity, access to bulk handling and transport facilities and an experienced workforce to support operations. 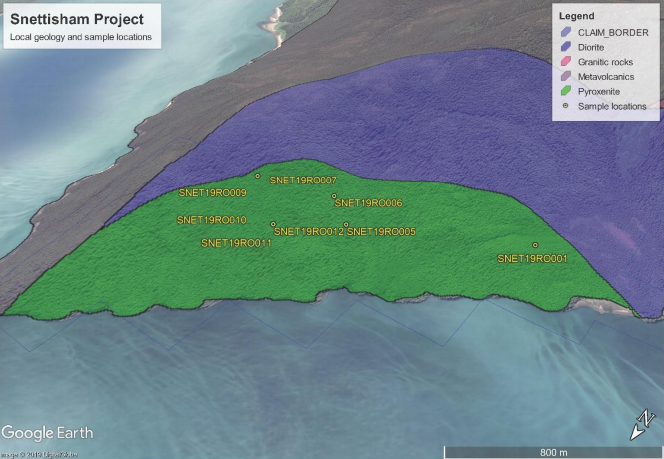 On 20 June 2019, the company advised that the 1 for 3 right issue at 5 cents per share, with one free attached option for every 2 shares subscribed, closed on 17 June 2019. It was reported that shareholders had subscribed for total 2,576,400 shares, which includes 2,235,159 entitlement shares and 341,241 shares additionally subscribed.

As per the release, the maximum shares offered under this were 20,937,802, which had resulted in a shortfall of 18,361,402 shares. Also, the quoted number of shares subscribed may be reduced if there are any dishonoured cheques at the bank. Importantly, after the completion of rights issue, the company has updated the exercise price of options as per the listing rule.