Redflex Holding’s Subsidiary To Enter Into A Multi-Year Contract; A$43 Mn In Revenue Expected

Redflex Holdings Limited (ASX: RDF) is an innovative technology company that designs and creates solutions for the world on the move. 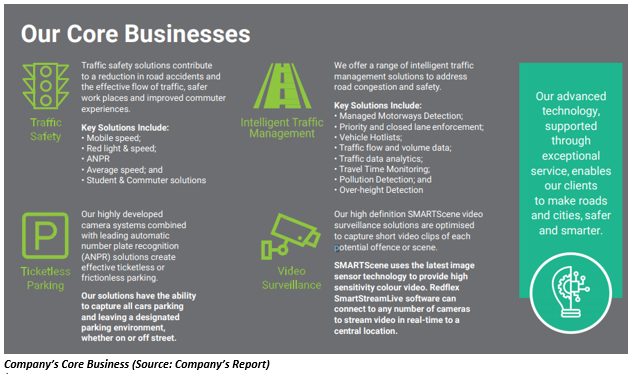 On 21 May 2019 (U.S time), Redflex Holdings Limited announced that its subsidiary company Redflex Traffic Systems, Inc was notified of an intent to enter into a multi-year contract with the Pennsylvania Turnpike Commission and Pennsylvania Department of Transportation for the operation of the Statewide Automated Work Zone Speed Enforcement (AWZSE) Program in the state of Pennsylvania in the USA. The initial term of the contract will end on 16 February 2024 along with a further two 12-month options to renew.

The contract is expected to generate a revenue of A$43 million for the company over the initial term of the contract.

Under the AWZSE Program, Redflex will be providing the Commission and the Department with AWZSE (automated photo enforcement) equipment. RedFlex will also be providing the data collection services and violation and appeals processing for work zones situated on U.S. federal-aid highways under the jurisdiction of the Department and highways under the jurisdiction of the Commission.

The safety of Roadway worker is an important part of the mission of Redflex for creating safer roads and alleviating congestion.

Recently, on Monday 20 May 2019, the company announced that House Bill 1631 (“Bill 1631”) was passed by the Texas state legislature in the United States of America. Bill 1631 is awaiting signature by the Governor of Texas and will be effective immediately once it gets signed.

Bill 1631 it will prohibit the future implementation as well as operation of photographic traffic signal enforcement systems with respect to a highway or street which are under the control of a local authority within the state of Texas. Other than this, Bill 1631 will also prohibit the local authorities, based on a recorded image that is produced by the photographic traffic signal system from issuing a civil or criminal charge or citation for an offense or violation.

The balance sheet of the company witnessed an increase in the net asset base due to a fall in the total liabilities. The total shareholders’ equity during the period was $78.155 million.

There was a net cash inflow of $4.519 million from the operating activities of the company. The cash inflow was due to the increase in the receipt from customers.

The company used $2.496 million for purchasing property, plant and equipment and paid $1.071 million as capitalized development cost. Thus, the net cash outflow through the investing activities was $3.576 million.

There was a net cash outflow of $0.396 million from the financing activities of the company. By the end of the period, the company had net cash and cash equivalent of $20.054 million. 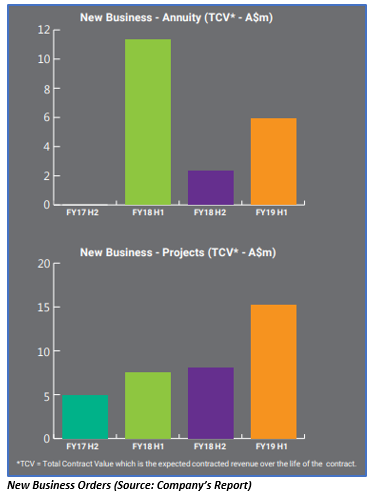 At present, the shares of RDF are trading at A$0.405, up by 3.846% as compared to its previous closing price. RDF holds a market capitalization of A$58.59 million and has approximately 150.22 million outstanding shares.