Penny stocks are the stocks which trade under the price of $1 per share, containing low market capitalization. By the closure of the trading session, on 8 July 2019, S&P/ASX 200, the benchmark index of Australia, was at 6672.2 points or down by 1.2%. The S&P/ASX 200 Information Technology (Sector) slipped by 0.98 percent. In this piece of article, we will cover the latest updates on six penny stocks from the IT sector and see how the respective stocks have performed on ASX.

8common Limited (ASX: 8CO) is a company from the IT sector, dedicated to bring thrilling as well as advanced enterprise software ideas to existence. The company focuses on financial technology. The software of the company helps the customers get organized, improve their productivity as well as deliver results. The Core product of the company ‘Expense8’ helps in delivering Travel & Expense Management (TEM) along with Card Application & Management to big enterprises such as Woolworths, Broadcast Australia, Amcor and so forth. Its clients include of international corporations and publicly listed entities from Australia, Asia and North American region.

Fintech company, 8common Limited on 8 July 2019 released its consolidated Quarterly along with the full Year Cash Flow for the quarter ending on 30 June 2019.

The key highlights for the quarter till 8 July 2019 are as follows:

RightCrowd Limited (ASX: RCW) was established in 2004 for developing a software suite to aid entities in ensuring that they comprise of the right manpower, in the right place and time. RCW attained this goal by connecting physical security systems along with HR and IT systems. The company was listed on ASX in September 2017. The company has acquired Offsite Vision Holdings during 2018 and Ticto in the initial period of 2019.

RightCrowd Limited on 8 July 2019 announced that FY2019 recognized the revenue growth for software and services relating to its core business to be of ~60%. The revenue growth is exclusive of additional revenue from recent two acquisitions of OffSite Vision Holdings in New York and Ticto in Belgium. There was an increase in the core RightCrowd business from $5.521 million in FY2018 to $8.85 million, unaudited in FY2019.

The recognized revenue from the recent two acquisitions of OffSite Vision Holdings in New York and Ticto in Belgium are expected to contribute another $400,000 from software, hardware as well as related services

Dotz Nano Limited (ASX: DTZ) is another company belonging to the IT sector and is known as a technology leader in the development and marketing of new advanced carbon-based materials utilized for the purpose of tracing, anti-counterfeiting as well as product-liability solutions. 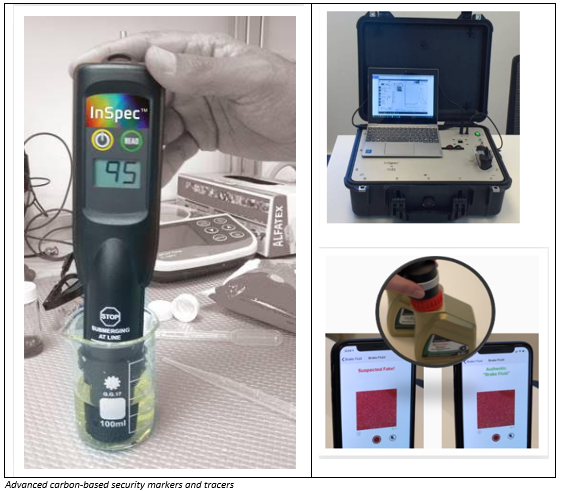 On 8 July 2019, Dotz Nano Limited announced that it had signed a partnership agreement with licensed medicinal cannabis producer Seàch, based out of Israel to further develop its novel in-plant end-to-end anti-counterfeiting solution.

Seàch is one of the distinguished medicinal cannabis companies from Israel, which produces a wide range of cannabis strains. Its product range comprises of buds, rolls and oils.

Under the agreement, the non-toxic BioDotz™ markers of the company would be added to the cannabis plants at the global growing facilities of Seàch for creating distinct in-plant security identifiers which can neither be forged or removed.

Further, the partnership was the outcome of successful in-house proof of concept. The BioDotz™ was implanted in the plants with a close biological structure to cannabis in May 2019.

MyFiziq Limited (ASX: MYQ) helps in boosting current technologies, where it enters into a partnership with the prevailing applications and offers its partners with a more in-depth understanding into the data which they retrieve from their users.

MyFiziq is a technology inserted into a partner’s application, which uses images from a smartphone for the creation of a representation of an individual on 3-dimension avatar with precise circumference dimensions. By inserting the Software Development Kits of the company in their fresh or already existing applications, the partners can personalize the experience to gratify their branding needs.

On 8 July 2019, MyFiziq Limited provided its shareholders with further validation of the MYQ’s patented smartphone technology. Recently, the company engaged Dr Jonathan Staynor, PhD of Body Composition Technologies Pte Ltd (BCT) to take on an internal accuracy validation test on the technology. The outcome of it has now been obtained, and it proved that there is an excellent correlation between the results and the 3D laser accuracy study, concluded by Kuehnapfel Study in 2016.

The Kuehnapfel Study regarded the reliability of 3D laser-based anthropometry for replicating perimeter measurements made by skilled physicians.

Dr Jonathan Staynor PhD tried to replicate this study where he collected physician measured anthropometry data along with the front and side images of 1,500 male and female participants in the age group of 18-65 years. These anthropometry data, as well as these 1,500 images, were used for developing as well as training the deep neural network model for the MYQ and BCT smartphone apps. Further, the neural network in the smartphone application was used to predict body weight along with other body parts such as chest, hip and thigh circumferences of randomly chosen 183 participants who were not a part of the development of this model.

The summary of the result is as below:

In the above summary:

The result shows a perfect correlation between the 3D laser scanner and the physician measured circumference in the majority of cases. However, there was an exception in case of thigh circumference where the MyFiziq technology was found to be much more precise.

The announcement also explained the weight prediction. MyFiziq has created a wide data set that is used for the validating the weight of a person through its proprietary machine learning algorithms. The weight of the participant is captured using their accurate 3D rendered model and height via MYQ’s smartphone app.

Xref Limited (ASX: XF1) is a company from the IT sector and got listed in the early part of year 2016. XF1 has placed itself under the HR technology industries and functions in the Europe, APAC as well as North American regions of the world.

The company has a cloud-based, automated platform which provides unique candidate referencing solution that saves time and money of its customer and support them in making smarter and well-versed hiring decision. 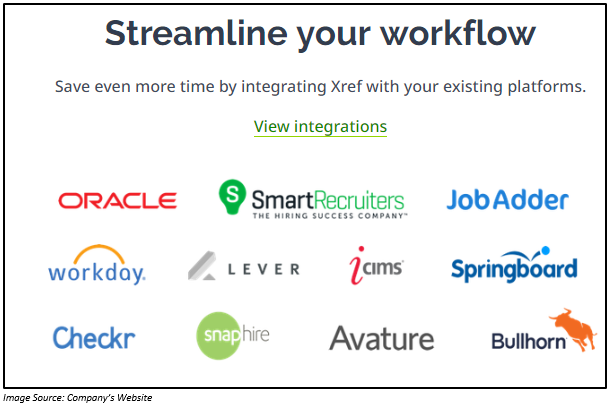 Recently on 1 July 2019, XF1 announced that it achieved record sales as well as credit usage in the Q4 period in FY19. The sales during the period went up by 38% to $2 million. The details can be read by clicking here.

FinTech Chain Limited (ASX: FTC) was formerly known as TTG Fintech Limited. The company provides services in the region of business intelligence as well as FinTech specialization. The core business of the company includes: 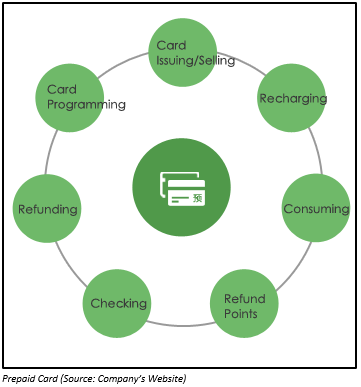 The directors report highlighted the revenue model of the company which was on the basis of Information technology services from T-linxTM integrated payment business, which is the percentage of the total transaction payment volume processed by T-linxTM system, within those financial institutions as well as Merchants network which supports T-linxTM system. The revenue model was also based on the system development services for banks, blockchain technology services, which includes the development of token management system as well as blockchain credit and digital tokens processing. The revenue of the company is also generated through the point-of-sale machines from T-linxTM integrated payment business, which includes rent and maintenance of point-of-sale machines to the customers of the partners of FTC.

The company reported a 341% growth in the revenue from RMB10.030 million in FY2018 to RMB44.186 million in FY2019, which was the outcome of successful implementation of blockchain technology of the company. The net profit attributable to the members stood at RMB 3.020 million.