Australia’s technology sector is expanding at a fast pace with the number of new app developers entering the market between March 2017 and January 2019 totalled a whopping 20,000 according to the recent reports by certain media houses. This represents a significant 20.35% growth in that time period, with app developer numbers staggeringly increased to over 130,000. The adoption of new technologies across the world is also bringing well-paying jobs for people of all qualifications, improvements in quality of life, increased connectedness and benefits for consumers. More on the technology space can be READ here.

Change Financial Limited (ASX: CCA), established in 2012 and based in Brisbane, Australia, is a US-centric fintech solutions and blockchain investment company that offers innovative and scalable technology solutions to clients including businesses and financial institutions. Change Financial has a market capitalisation of around AUD 4.84 million and approximately 98.84 million shares outstanding. Today, on 1 July 2019 (AEST 3:42 PM), the CCA stock is trading at AUD 0.049 with around 38,163 shares traded. In addition, CCA has generated a positive return yield of 16.67% for the last three months.

Ivy Project Divestment Finalised- Today, the company announced that further to its announcement on 11 January 2019, the proceeds from the divestment of the company’s interest in the Ivy Project had been received marking the conclusion of the its involvement with the project.

According to the final terms of the transaction, Change Financial has also agreed to transfer 117,000,000 Ivy tokens back to Ivy Koin LLC, which translates to 90% of the Company’s tokens. Ivy tokens held by the Company have been carried at cost at a value of $ 1. Of the 117,000,000 tokens returned, the company has made it a requirement that the Ivy Project coordinate the distribution of a proportion of these tokens to existing token holders with the remaining tokens designated as treasury tokens. The company will retain 13,000,000 Ivy tokens.

The proceeds received (cash) have been indicated to be directed towards supporting the on-going working capital requirements to fund the completion of the company’s enterprise banking solution and payments processor business.

The company’s results for the half-year ended 31 December 2019 are tabulated as follows. 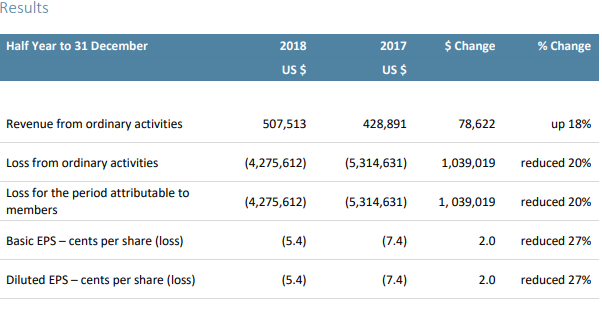 Perth, Australia-based iCandy Interactive Limited (ASX: ICI) is an investment holding company engaged in designing, developing and publishing mobile based games and digital entertainment for a global audience of over 350 million mobile gamers worldwide. In addition, iCandy Interactive invests in mobile interactive entertainment studios in Asia. With a market capitalisation of around AUD 14.4 million and approximately 334.91 million shares outstanding, the ICI stock is trading today, 1 July 2019 (AEST 03:42 PM) at AUD 0.046, zoomed up 6.98 % by AUD 0.003 with around 261,169 shares traded.

Dedicated eSports Division- Today, the company pleasingly announced that it is establishing a dedicated eSports Division to advise the board on current and future eSports initiatives. eSports encompasses the competitive tournaments of online video games and has been broadly regarded by tech industry as a new industry that is fast gaining traction amongst sponsors, advertisers, gamers, media and tournament organizers, in a similar fashion as that of major global sports leagues and their associated businesses.

The iCandy eSports Division would be employing a multi-pronged approach to develop business in a couple of areas to consolidate and coordinate current and future eSports initiatives. These areas include developing iCandy’s own mobile games tournament platform, forming of partnerships with other participants working on eSports initiatives to generate new business, provision of game content to third-party esports platforms and eSports Community Building amongst others. The company expects eSports division to start contributing to the revenue by the end of this year.

Addressable market- The global eSports industry is estimated to generate ~ USD 1.1 billion in 2019 and the industry is expected to grow to USD 1.8 billion by 2022, making it one of the fastest growing areas in the gaming industry worldwide.

Director Resignation- Recently on 21 June 2019, the company reported that Mr Phillip Lord had resigned as the Executive Director of the Company, effective immediately. 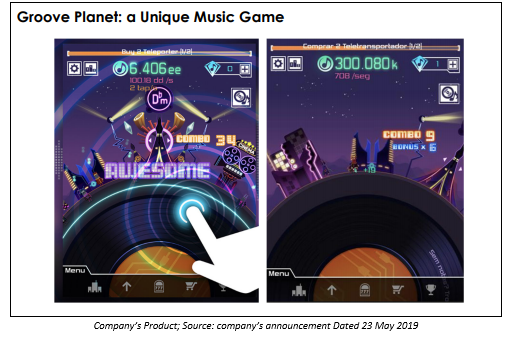 BVS Proposal Update- In February 2019, GBST Holdings received unsolicited non-binding indicative proposal from Bravura Solutions Limited (ASX: BVS) to acquire 100% of the ordinary shares of GBST via a cash or cash and scrip alternative offer of $ 2.50 per GBST share. Deutsche Bank AG, Sydney Branch has been the financial adviser to GBST, and Norton Rose Fulbright has been acting as legal adviser.

Today, Bravura Solutions announced the market that it had not executed a Process and Exclusivity Deed with GBST Holdings and consequently, Bravura did not make, and has withdrawn its preparedness to make, the Updated Proposal.

Bravura has also reported that GBST has not accepted the non-binding indicative offer it made, and announced, on 19 June 2019 (19 June Revised Indicative Proposal) and therefore, Bravura has withdrawn the 19 June Revised Indicative Proposal. The shares of GBST would be on trading halt until the earlier of the start of normal trading on 3 July 2019 or when the announcement on the acquisition is made to the market.

SS&C Technologies proposal – Also today, the company has informed to have received a non-binding indicative proposal from SS&C Technologies to acquire all of the shares in GBST at a price of AUD 3.25 cash per share, which represents a 64.6% premium to the unsubscribed closing price of GBST shares on 11 April 2019 of AUD 1.975. GBST Board has recommended the proposal to its shareholders. Subject to due diligence and other conditions.

Half-Year Results- In the half-year to 31 December 2018, GBST Holdings recorded a 3% rise in the revenues to $ 43.9 million from the prior corresponding period (1H FY18), $ 1.2 million favourable to 1HFY18 with licence fees and third party up $ 1.7 million and service revenue down $ 0.5 million. A snapshot of the results is as follows: 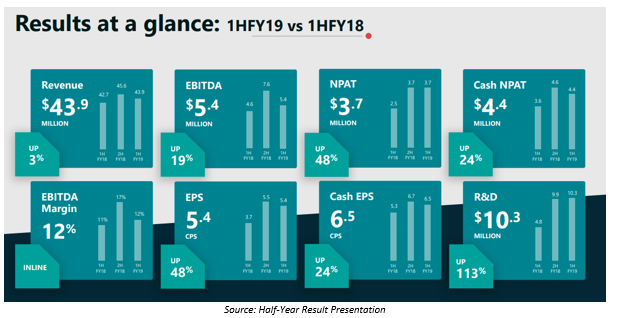