Information technology helps the user to produce, operate, store, transfer and broadcast information using computers. Application of IT is seen in the areas of science and technology, business and commerce, education, governance, education, etc. In this article, we will cover recent updates on two IT stocks, with different core businesses and client base. 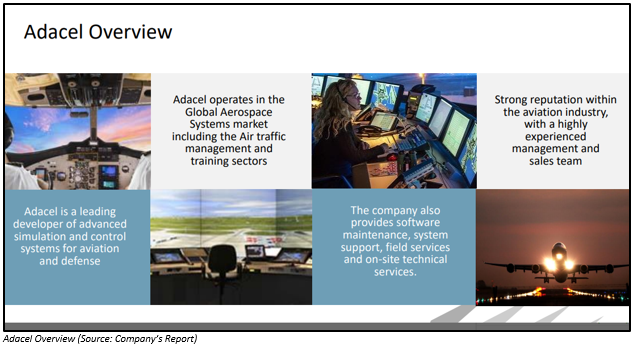 The company is expecting to register $1.7 million-$1.9 million loss before tax during FY19.

In the previous financial year, the company registered profit before tax of $ 10.2 million. The three factors identified during the review, which would reduce the financial performance of the company, are:

Further, the company has also recognized 30 potential clients for the sale of its Approach and Tower Control software platform.

The guidance for FY2020 indicates a more rigorous forecasting procedure and focused product set, in addition to a cost structure right-sized to result in high-probability contracts, ~ 77 per cent of the forecast revenue for the year. Moreover, the guidance reflects completion of the Guadeloupe, Fiji and NavPortugal projects, removal of unprofitable products and services, and ongoing belt-tightening in several business aspects.

About the Company: Headquartered in Melbourne, Xref Limited (ASX: XF1) has positioned itself within the HR technology industries and operating in the regions of Asia-Pacific, Europe and North America.

The company has a cloud-based, automated platform, which not only saves the time of its clients but also helps in saving their money during the recruitment process. It also supports its clients in taking much smarter and informed recruitment decisions.

Xref has the potential to gather 60 per cent additional data and is 5 times quicker than the traditional reference checking method.

Recent Updates: On 1 July 2019, Xref Limited announced that it was able to achieve record sales and credit usage in the fourth quarter of FY2019. In Q4 FY2019, the sales of the company increased by 38 per cent year-on-year to $ 3.6 million. The credit usage also surged by 40 per cent to $ 2 million on pcp. Of the total credits, 28 per cent was used by clients integrated through its channel partners. Below graph depicts the companyâs credit usage and sales graph. 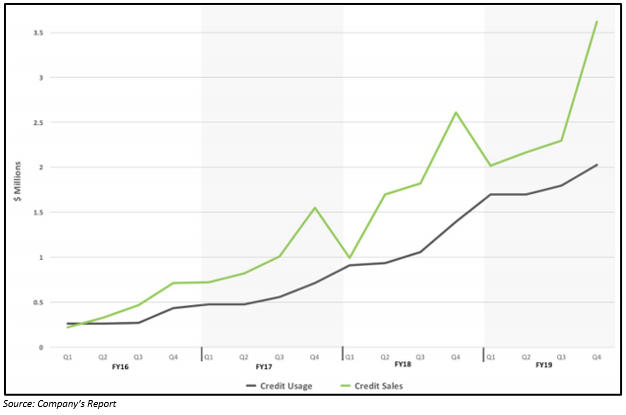 The international sales of the company also registered strong growth during the reported period. The overseas offices contributed 20 per cent of the sales, which was 10 per cent in the prior corresponding period.

During Q4 FY2019, the company added several new clients. Some of them are the Ministry of Foreign Affairs and Trade in New Zealand, Melbourne Cricket Club in Australia, Southampton Football Club in the UK, Uncommon Schools New York in the US, Mantena AS in Norway, The Ritz London in the UK, and Tipico Services in Malta.

In the same announcement, the company also unveiled that it has decided to acquire Rapid ID Pty Ltd, which has a disruptive ID verification and fraud prevention platform, namely RapidID. The platform aggregates leading customer verification technologies so as to provide flexibility as well as continuous integration for onboarding and risk analysis monitoring. It simplifies the process of identification, screening and compliance in an all-in-one, integrated API, enabling identity check in real time. The platform aids in global ID checks, AML & KYC compliance, ID document verification, and biometric verification. 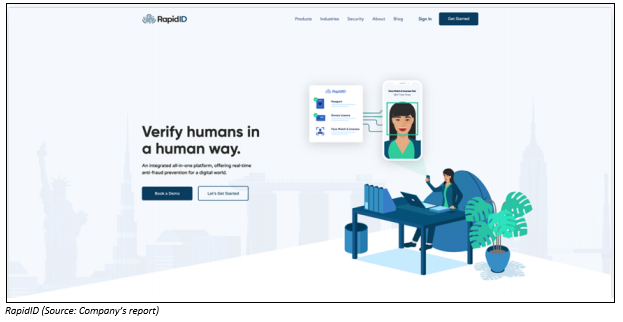 The acquisition of RapidID is highly complementary for the company, as it would make the company capable of verifying candidates are who they say they are. RapidID has been integrated with XF1âs core platform. The additional paid ID checks would be provided to the customers of XF1 along with its channel partners.

The company has agreed to purchase all the shares in Rapid ID Pty Ltd along with its related intellectual property. XF1 plans to complete the deal with a combination of cash and its shares to a total value of $ 1.5 million. Ashley Hoey, who is the founder of RapidID, and his development team will join XF1 to continue to develop the RapidID platform and business.