IT sector: IT sector is considered as the new age industry, it consists of companies that deal with computer software, hardware or semiconductor equipment. This industry also involves companies that offer internet and internet related services. The major segments within the IT sector consist of:

These industries are further segregated into further categories.

Let’s have a look at four IT stocks from different industries as follows:

FinTech Chain Limited (ASX: FTC) is a financial technology company that provides Integrated Payment Acquiring infrastructure for banks, as well as Industry Application Solutions (which is collectively known as T-LinxTM System) in Greater China. T-Linx TM has been recognized, approved and has been provided to 400+ banks.

The deployment of the T-Linx platform would help in establishing a valuable Bank-Merchant-Consumer network. T-Linx platform will serve as a new business solution for extending the power of the banking system from banks to merchants/ SMEs/ core enterprises and customers.

The company successfully negotiated as well as secured the increased fee income of 0.03% as against the 0.02% transaction fee in the contracts that were signed earlier.

Bigtincan Holdings Limited (ASX: BTH) is a leading provider of Sales Enablement Automation software, which is used by 100s of organization worldwide.

The company also helps the sales and service teams to increase win rates along with customer satisfaction.

On 12 June 2019, the company released its investor presentation. In the presentation, the company provided its investment highlights. The company has hundreds of users, which include AT&T, Thermo Fisher, Merck and ANZ Bank. It has more than 150k licensed users along with an established business in North America and an emerging business in the United Kingdom as well as European markets.

It was also highlighted in the presentation, that the company is on track to meet its recently upgraded guidance. The company expects its revenue growth to exceed 40% year on year basis in FY2019. In May 2019, the company raised $15.6 million to accelerate key strategic priorities as highlighted in 1H FY2019 results. The raised funds would be used in

In the US, there are more than 20 million sales professionals who are fighting to seek customers’ attention. An 85% of the buyers in the US reach a decision-making point before talking to any salesperson. 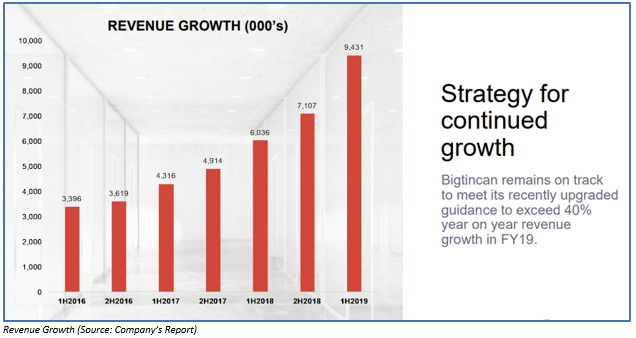 Xref Limited (ASX: XF1) during the initial part of 2016 has set up itself within the HR technology industries of North America, Europe along with the Asia-Pacific region.

Its cloud-based automated platform provides exceptional candidate referencing solution that helps the clients in saving both time and money during the process of recruitment. Apart from this, the platform also helps the clients to make smarter and informed hiring decision.

The company used A$1.938 million in its operating activities. There was a net cash inflow of A$0.455 million from the financing activities. By the end of Q3 FY2019, XF1 had net cash and cash equivalent worth A$9.594 million. The estimated cash outflow for Q4 is expected to be A$4.090 million.

TV2U International Limited (ASX: TV2) was founded in the year 2008 and has now evolved as a global leader within the OTT media and content delivery space. Thus, driving the industry towards streaming media assets across any network and to any device worldwide. OTT content stands for Over-the-top content, generally used in broadcasting and technology business. The content could be an audio, video or any other media source that gets transmitted through the internet. 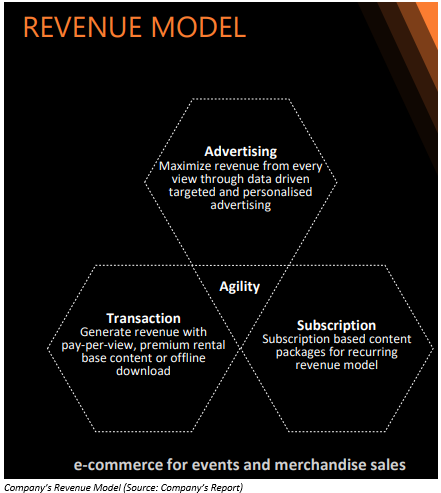 On 12 June 2019, the company entered into a definitive agreement in order to acquire the intellectual property portfolio of Talico Technologies Pte Limited.

As per the agreement, the company would be acquiring the IoT and OTT intellectual property of Talico along with all IoT-focused commercial projects that are being undertaken by Talico. Thus, it would have a positive material impact on the business model of the company. On the other hand, the commercial projects of Talico have progressed before the project timeline and require continuous technical support which will be provided by the company. Thus, the business model of the company would now split between IoT consultancy and IoT/OTT platform delivery. Further, the company would resell opportunities for the full technology stack which would under its control.