Korab Resources (ASX: KOR) is a mining and exploration company with operations across Australia and overseas. It explores for magnesium carbonate, phosphate, cobalt, copper, nickel, gold, silver, zinc as well as lithium. Some of the company’s active projects are as follows:

Along with its use in the production of refractory materials necessary for producing steel, cement, and glass; magnesium carbonate’s demand has lately shot up after the introduction of high-capacity rechargeable magnesium-ion batteries for electric vehicles, expected to be commercialised within next 2 years; potential markets being the European Union, China, the US and India. 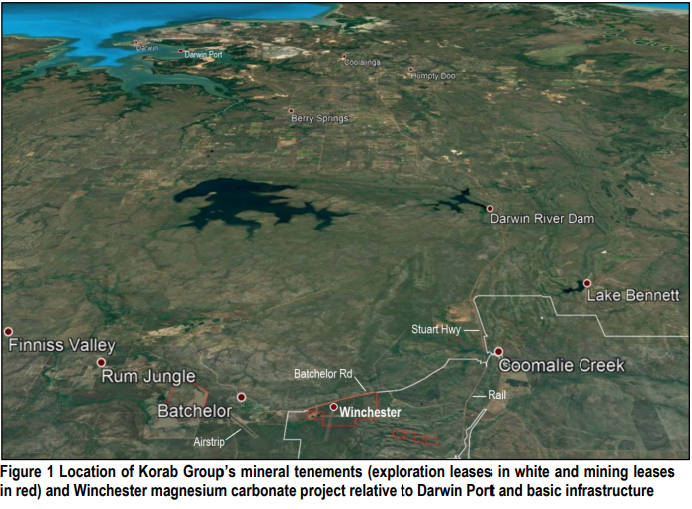 Korab Resources recently released its Quarterly Results for the three months to 31 March 2019. The company worked on progressing Winchester Magnesium Carbonate to production, and an updated Feasibility Study was released on 5 April 2019.

On 17 Jan 2019, Korab executed an agreement with Poland-based producer and supplier, ZM Ropczyce SA for an offtake and co-operation regarding funding, research, development, markets expansion and development of new projects. On 24 April 2019, the company and its subsidiaries Australian Copper Pty Ltd and Australian Copper Holdings Pty Ltd informed to have executed a term sheet with Great Fingall Mining Company NL and extended the option (to 21 October 2019) for GFMC to purchase the Mt Elephant Project.

In the last four months, Korab reported placements including 2 million shares at 2.5 cents each on 7 January 2019 and ~ 2.343 million shares at 3.5 cents each to un-related exempt investors on 29 April 2019. Funds would be directed towards working capital, the progression of project permitting and reducing liabilities.