In this article we would be discussing about some market movers from different sectors.

Recently, the company through a release updated the market on its performance for the period ended 30th September 2019 (Q1 FY20) and outlined the following highlights: 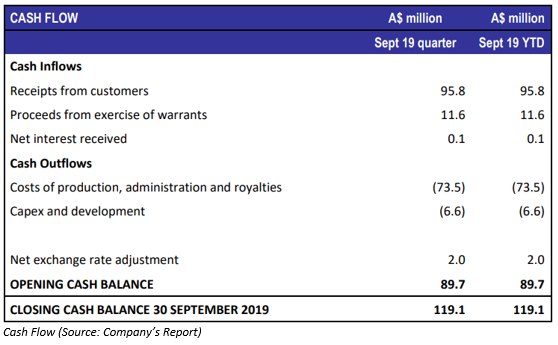 On the stock performance front, Lynas Corporation Limited last traded at a price of $2.58 per share with a fall of 0.769% from its last close on 22nd October 2019. It experienced a rise of 27.45% return in the time frame of six months.

Functioning since more than 5 decades, Nick Scali Limited (ASX: NCK) is involved with the business of home furniture and associated accessories’ sourcing and retailing.

In another update, the NCK announced that it would be holding its Annual General Meeting for this year on 29th October 2019 and following would be the key business agendas:

Formed in 1918, Inghams Group Limited (ASX: ING) is engaged into the sale and production of chicken and turkey products throughout its vertically integrated free range, further processed value enhanced and food products categories.

Sundance Energy Australia Limited (ASX: SEA) is primarily in the exploration, production and development of oil and natural gas in the USA.

Recently, the company through a release updated the market with its results for the second quarter, closed 30 June this year, wherein it communicated about the operational and financial performance for the period:

On the stock performance front, Sundance Energy Australia Limited last traded at a price of $0.140 per share with a fall of 3.448 % from its last close. It gave a return of -68.82% in the time frame of six months.

Stockland (ASX: SGP) owns, manages and develops a range of assets, which include shopping centres, office and industrial assets etc. 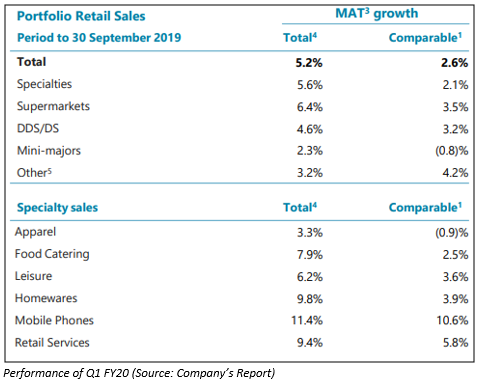 On the stock performance front, Stockland last traded at a price of $4.780 per share with a fall of 2.846% from its prior close 22nd October 2019. It provided 26.48 percent return in the time frame of past six months.