After a major slump in property prices over the past few months, the Australian housing market is showcasing a steady recovery graph. Improving auction demand in the real estate industry is a sign that the silver lining in Australiaâs gloomy property cloud is finally visible and is steadily shining.

Home Auction in the Last Week of July

Clearance rates demonstrate the percentage of properties that are sold at an auction. According to CoreLogic, a property consultant firm, in the last week of July 2019, 1,115 properties got listed for auction in the capital cities of Australia. These properties had an average clearance rate of 71.21 per cent, representing a 40 per cent increase when compared with the same period in 2018. As clearance rates are regarded as a prime detector of the health of a countryâs property market, growth in the rates during the reported week, emerges as a good sign for the Australian economy, even though the number of properties listed for sale remained to be on the lower end.

What do the Auction Statistics Reveal?

Given the auction statistics, real estate experts are confident of the fact that the property market is gradually uplifting, especially after the federal elections. However, the presence of less properties remains to be an alarming reason of discontent among buyers, toppled with the low number of total auctions.

Let us get into the pensive of the recent past, focusing on the Sydney auction during the first week of July. The relaxed lending standards by the banks and the period right post the second interest rate cut, drove the auction market to be back on track. The market was boosted with approximately 289 properties listed for auction during the first week of July 2019, made buyers believe that the market might spike on the back of the new APRA determination, as there was more positively when compared to the situation, a year back.

The property market is an integral and vital component which contributes directly to the growth of an economy. In Australia, the housing stock is worth approximately A$ 6.8 trillion. The last two years have been a period of free fall for the Australian property market, following a downward trajectory driven by the adverse impacts of the global financial crisis. The decline in the housing prices was the epidemic that spread nationally in Australia, only to better recently.

Improved sentiments, RBAâs consecutive rate cut policies, coalition win and loosening lending by APRA acted as the catalyst that has driven the Australian property market to gain good health after a long time. In the March quarter, the Australian residential property prices fell by 3 per cent, with Sydney and Melbourne accounting for a decline of 3.9 per cent and 3.8 per cent, respectively. This was reversed in the following months after the building approval was improved in May 2019.

With the housing recovery gradually creeping into the Australian cities, experts believe that both auctions and private sales need to be strong for a complete recovery. With these getting better with time, buyers would be buoyant and confident to spend money and buy properties.

Factors that have affected the recent upliftment of the Australian property scenario are discussed below: 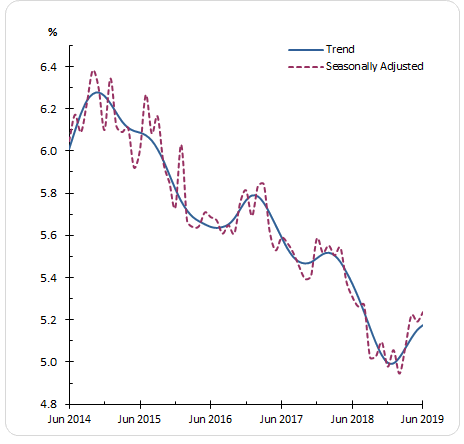