What are Reverse Mortgages?

A reverse mortgage is a loan secured by a homeowner who is 60 or older, that enables him to convert his home equity into cash by borrowing against the value of their home. The borrower can receive the funds in the form of lump sum amount/fixed monthly payment/ line of credit. However, the reverse mortgage does not require monthly mortgage payments like the traditional mortgage. Also, the ownership of the home remains with the borrower with a reverse mortgage.

After obtaining a reverse mortgage, the borrowers must pay taxes and insurance on the property and keep the home in good repair. The home equity built up by the elders can be accessed with reverse mortgage, and the entire loan balance is payable when they sell, die or move out of the home.

The following are the primary features of reverse mortgages:

The ASIC (Australian Securities and Investments Commission) began with a review of lending for reverse mortgages in mid-2017. The review was focussed on the reverse mortgage lending from 2013â17 under which the regulator commissioned in-depth interviews with 30 borrowers. The review report mentioned that the demand for equity release products would be affected by the growing population of older Australians.

The following are the key highlights of the ASICâs review:

Concerns Raised by ASIC in Review

The ASIC raised following concerns over the health of Australiaâs reverse mortgage program in the review:

The Australian Securities and Investments Commission warned the Commonwealth Bank of Australia (ASX: CBA), Heartland Group Holdings Limited (ASX: HGH) and Bankwest over reverse mortgages in August 2018. The regulator called for scrutiny of the stigmatised reverse mortgage product as ASIC found that the lenders primarily focussed on the borrower's short-term objectives.

By 2006, there were more than twenty banks, non-bank lenders and credit unions that offered reverse mortgage loans in Australia. However, many of these institutions stopped offering new reverse mortgages between 2008 and 2010 due to the global financial crisis. The reverse mortgage market showed some signs of recovery in 2014.

But, the Westpac Banking Corporation (ASX: WBC) and Macquarie Group Limited (ASX: MQG) withdrew from the reverse mortgage market in late 2017 due to the growing demand for reverse mortgage loans in Australia owing to costs and regulation pressures.

Why Did Banks Walkout of Reverse Mortgages Market?

Also, the reverse mortgages are expensive for lenders as the borrowers need not make any repayments, and the interest rates get compounded. With a perception of higher interest rates and higher fees, the banks decided to withdraw from the market.

The Heartland Group Holdings Limited (ASX: HGH) headquartered in New Zealand, provides banking services through its subsidiaries. The companyâs reverse mortgage loan is designed for the needs of seniors. A Heartland Reverse Mortgage enable borrowers to get access to the finances required to make their life more comfortable, easier and enjoyable in retirement. The company's current Standard Reverse Mortgage interest rate is 6.54 per cent, and it could change from time to time due to the variations in the funding market and economy. 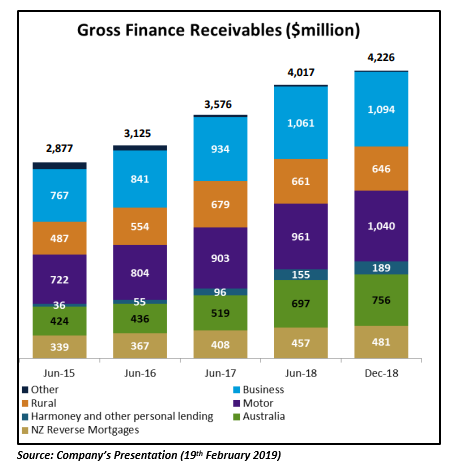 As the interest rates in Australia are at the record low levels of 1.25 per cent and are still expected to drop further, the reverse mortgages option is becoming popular among the retirees. The reverse mortgage provides regular cash payments and enable retirees to borrow at a cheaper rate compared to other traditional mortgage options. The retirees are thus considering it as an alternative to generate income without taking big risks. It has become a more attractive option as it is cheaper and more flexible than commercial options. Also, it is becoming popular as many Australians have built up large reserves of home equity in spite of recent price falls.