The number of properties that were listed for auction is less when compared with the last week, which can be due to school holidays in most of the Australian states and lower mid-winter listings. However, the number of people coming to auctions is growing, highlighting that the property market is moving towards the upward trend in the country.

Despite the lower number of properties on auction, clearance rate in Sydney was the highest among all the cities across the country, signalling towards improving conditions and increase in housing prices in the city. In Sydney, preliminary clearance rate from 352 auctions that were listed on sale hit 78.2 per cent for the weekend on 7 July 2019, up from a 67.9 per cent preliminary clearance rate with 503 auctions held across the city over the previous week and 50.1 per cent from 552 auctions held in the year-ago period.

These two cities accounted for the bulk of auctions of properties in the country, while the national clearance rate stood at 68.9 per cent for the weekend on 7 July 2019.

These early signs of improved confidence of buyers in the Australian property market are suggesting that the real estate market in Australia is on the rise once again. Below are the factors that according to the market experts are helping in reviving the countryâs property market: 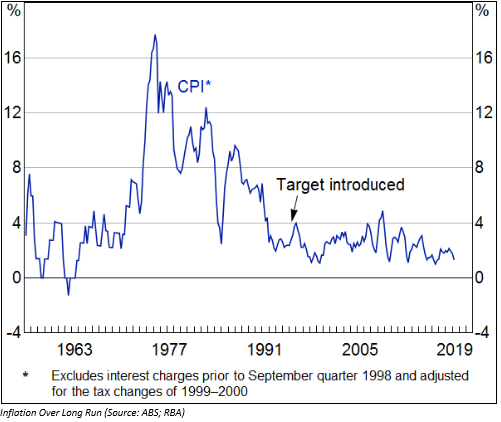 The RBA move was welcomed by majority of the banks in the country. Moreover, all the four major banks in the country â Commonwealth Bank of Australia (ASX: CBA), Australia and New Zealand Banking Group Limited (ASX: ANZ), National Australia Bank Limited (ASX: NAB) and Westpac Banking Corporation (ASX: WBC) â announced a range of changes in their interest rates, in line with the second rate cut announcement.

As per the changes to Prudential Practice Guide APG 223 Residential Mortgage Lending (APG 223), the ADIs can use a revised interest rate buffer of at least 2.5 per cent over the interest rate of the loan, as well as assess and establish their own minimum interest rate floor for use in serviceability assessments.

3.The federal election win, as the coalition returned to the government. This took off the capital gains tax and negative gearing changes proposed by the Labor as well as resulted in the swift passage of the federal governmentâs $158 billion tax plan.

The tax package has secured support from the Centre Alliance and Tasmanian independent Senator. Once completely implemented, the tax package will result in the elimination of 37 per cent and 32.5 per cent tax bracket by 2024-25. Meanwhile, all the incomes between $45,000 and $200,000 will be taxed at a rate of 30 per cent, owing to the fact that tax rate will be reduced from 32.5 per cent to 30 per cent in the above reported period.

All these factors are expected to encourage buyers back into the market and boost borrowing among Australians, as these are expected to free up some spending room for Aussies. So, Australians can be now be viewed as desirable borrowers in the country.

Major policymakers are coming up with all such initiatives because the economy of the country isnât doing that great. Hopefully, these factors would trigger a stronger activity in the economy on a broader level.

Another major development was witnessed in the Australian property market, as property development company, Caydon Property Group secured approval for the development of a mixed-use residential project worth $ 300 million at the former paper mill site in the inner north-east of Melbourne.

The mill site is situated on the corner of Heidelberg street and stretches along the Chandler Highway. Moreover, the site, which is located next to the Yarra River, is a key strategic redevelopment within Yarra City and inner Melbourne. Additionally, it is only 600 metres away from the train station at Alphington and about 6.5 kilometres from the central business district of Melbourne.

The company plans to develop 324 dwellings over 16 levels at the project, with construction work likely to start within the next 12 months. The company is expecting to complete the project within the two years of starting.

The project, which will cater to various buyers such as first home buyers, down-sizers and upgraders, will have one, two- and three-bedroom apartments, in addition to two and three-bedroom Skyhomes and a mix of three-bedroom Terrace homes. Unit cost will range from $ 379,000 to a maximum of $ 2.6 million.

The project will also feature amenities such as a park at Level 4 with a playground for both kids and four-legged family members, a glass edged pool on the rooftop, and two hotel style guestrooms.

The in-house design and architecture team of the company will design the project, with nearly 75 per cent of an acre of landscaped and communal space incorporated into the design of the building.

The company plans to launch the project, known as HOME, in the coming week, as it has received a number of enquiries only from the hoarding on the site.

Caydon acquired the development site, which covers an area of 7,471 sq metres, within the 16.5-hectare site in Alphington in a deal worth $ 29 million in 2017. Glenvill Group holds over 60 per cent of the site. It reached a deal with Alpha Partners in 2013 to acquire the majority of the site for $ 120 million. Meanwhile, Alpha Partners holds a portion of the site that covers an area of 2.1 hectares. Moreover, Arccare, an operator of aged care facilities, has also acquired a portion of the site.

Headquartered in Abbotsford, Australia, Caydon Property Group is a privately owned, international property developer, which is engaged in the development of apartments and commercial properties, such as contemporary apartments, luxury hotels, retail outlets and commercial spaces. The company serves its clients through agents.