Investors are humans. And humans are complex.

At times, we can be too impulsive, hastily letting emotions get the better of us and on other occasions, too deliberate, treading with caution before decision making. Have you ever wondered what possibly causes these diverse impulses? The answer is simple (unlike the complex human mind!)- a small almond shaped component in our brain called amygdala.

Interestingly, this powerhouse of decision making is a mystery region in our brains, found at both the left and right hemispheres. Often regarded as “fear headquarters”, it is an early warning/ surveillance system constantly working each and every second of the day, irrespective of whether one is awake or asleep.

While reading an investing brain, the first stop is the amygdala- processing and steering emotions such as fear and anger, allowing investors to respond quickly to risky situations. Before we discuss how the amygdala influences investment decision making, let us briefly cast an eye on a typical decision-making process-

Here is the interesting fact- The decision maker may, at this point, have an emotional response to this information.

The ability to make investment decisions is heavily influenced by emotions. Left unchecked, these emotions could prompt systematic irrational and repetitive behaviours that can potentially lead to serious investing mistakes. This is why the role of amygdala is critical, as it is primarily responsible for instincts, emotional responses and the intuitive system.

Some may opine that emotional, fast, and automatic qualities can be beneficial in fight-or-flight situations. However, the same qualities can wreak havoc with an investor’s ability to make sound decisions. There is also a risk factor here- the amygdala tends to work faster than neural centres of logic and reason. As every decision is a combination of emotion and reason, the amygdala’s role, rather its upper hand, if one might say, can be blamed for investment decision folly. So much so, a mere moment of panic could possibly disrupt long-term investing strategy. A balance of logic and emotion, on the other hand, often leads to favorable outcomes.

How Are Amygdala & Equity Markets Related?

Often, experts have regarded the amygdala to be one of the main culprits behind why investors panic amid an equity market fall. When it comes to investing, it is in times like these that the brain’s emotional quotient might prove to necessarily be an investor’s friend. However, to ensure that rational decisions are being made, one should thus rely on real facts and accurate market numbers, at the same time paying heed to one’s intuitions. Amateurs tend to overtly rely on intuition as against data. 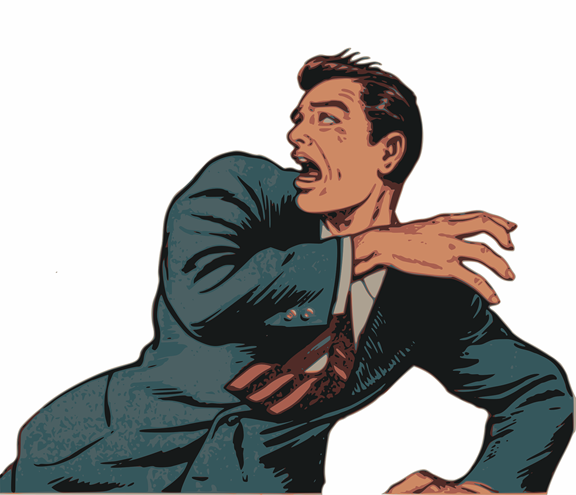 Image by OpenClipart-Vectors from Pixabay

As investors fear their investment portfolios dropping and paychecks disappearing, the amygdala kicks into high gear, causing a “amygdala hijack”- a personal and emotional response that is instant, overwhelming and out of measure with actual stimulus as it triggers a much more significant emotional threat.

Consider the current COVID-19 situation when the stock market is quite volatile. Stocks become cheaper and are a better deal for long-term investors. However, feelings of fear and panic make it tough for investors to invest; better expressed- the amygdala controls their thoughts. Adding on are terrifying headlines and negative news that invite anxiety into the already confusing decision-making process and might steer one in the wrong direction when it comes to predicting market movement.

One should never underestimate the ability of the amygdala to overrule their rational brain in times of panic. The key is to acknowledge the same and work along deliberately slowing down one’s decision making process. Using checklists could help the decision maker to steer away from amygdala induced decision making.

(Please regard the below as information, not recommendation)-

How the human brain works and why we react the way we do to various situations is key to developing a better understanding of common mistakes that typical investors make. Remember- in the world of investing, a panicky response to a false alarm and possibly dumping all your stocks just because the market is dropping could be as costly as ignoring real life danger. Further, it could propel one to flee the market at a low point and miss out on lucrative choices when the market bounces back.

If you feel that your investment decision in the ongoing bearish sentiment has not been satisfying, blame the amygdala that has possibly worked on autopilot and decreased cognitive performance. But here is some food for thought- while you should be happy that your amygdala warns you of potential dangers before the conscious brain grasps that something’s awry, do not let it take a toll over you! Invest smart and to fetch some understanding on the same, READ HERE-Be A Smart Investor, Escape These Myths While Investing In Stocks