Growth stocks belong to those companies that are fast growing or expected to grow at a rate that is a lot above the market average in the foreseeable future. Generally, these companies tend to be young and flourishing through their growth phase with a potential to offer great returns to the shareholders. The companies under this category tend to plough back their excess earnings and profits into the business to drive expansion projects, R&D and innovation, thus driving further growth in the short term.

Since there are no dividends, investors planning to add these gems to their portfolios must be on top of their investments and earn money through capital gains, encashing rapid price appreciations by selling their shares whenever the opportunity arises. The advocates of Growth investing believe that although growth investing is capable delivering impressive profits, this aggressive strategy may not be suitable for everyone.

Moreover, every stock has the potential to be a growth stock in a booming economy when the GDP is growing, unemployment rate is low, consumer confidence is high and interest rates are low. Some of the ASX-listed companies that may be considered as growth stocks are listed below: 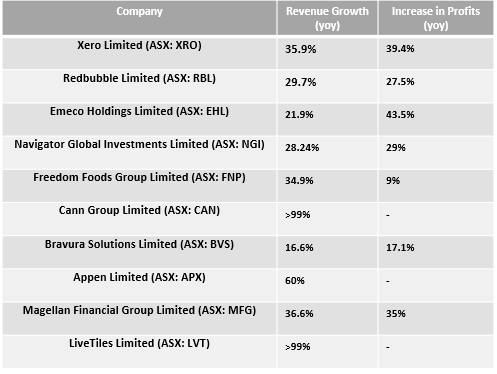 Global software services company, Xero Limited (ASX: XRO) is based in Wellington, New Zealand and offers a cloud-based accounting platform, Xero, which connects small businesses to advisors in different sectors such as hospitality, non-profit, construction, legal and many others. 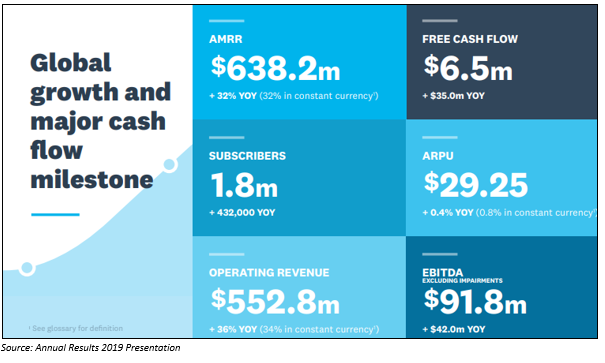 New South Wales, Australia-based Appen Ltd (ASX: APX) collects and labels image, text, speech, audio, and video data used to build and continuously improve the world’s most innovative artificial intelligence systems. Appen has a market capitalisation of around $ 3.08 billion and ~ 120.98 million shares outstanding. On 6 September 2019, the APX stock settled the day’s trading at $ 26.120, up 2.55%, with ~ 1.97 million shares traded. In addition, the APX stock has delivered a YTD return of 98.98% and 4.3% in the last six months. 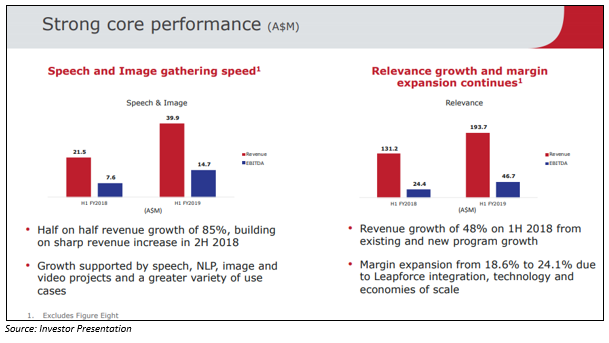 The company has a robust balance sheet with Net Assets of $ 458.7 million including cash of $ 70.8 million. The cash flow from operations also increased by 98% during the year and remains strong.

Global software company, LiveTiles Limited (ASX: LVT) is headquartered in New York, US, and provides intelligent workplace software to the government, commercial and education marketplaces, and is an accoladed Microsoft Partner. Few of its products include LiveTiles Intelligence, LiveTiles Design, LiveTiles Bots, LiveTiles Intelligent Workplace etc. It’s operations are spread across the UK and US, Europe, the Middle East belt and APAC region.

The stock has also delivered positive return of 20.59% Year-to-date.

Freedom Foods Group Limited (ASX: FNP) is engaged in the production and sale of soy yogurts, beverages, dips and vegetarian soy-based foods. Besides, the company also manufactures, distributes and markets natural foods and distributes and markets canned seafood. Freedom Foods Group has a market capitalisation of around $ 1.58 billion with ~ 272.9 million outstanding shares. On 6 September 2019, the FNP stock settled the day’s trading at $ 5.680, down 2.06%, with ~ 1 million shares traded. 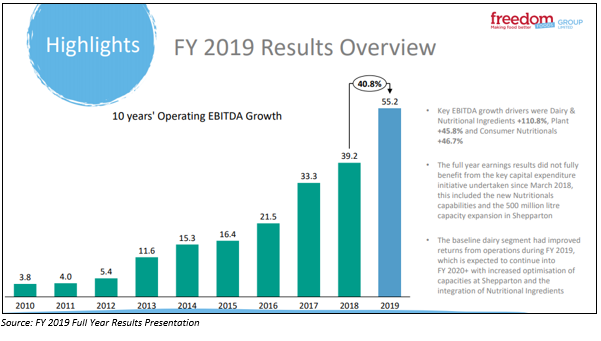