Marijuana, which is also known as cannabis or pot and has a centuries-long history of its use by mankind, even the ancient Greeks and Romans were familiar with cannabis. These plants are believed to have originated from Central Asia, primarily in the areas of Mongolia and southern Siberia.

Marijuana as a plant:

Marijuana is a dried flower extracted from the plant; âCannabis Savitaâ which is also known as hemp. An interesting property of this plant is that it is dioecious, which means it grows separate as a male and female plant. Generally, the male plants are thinner and taller and contain a flower like pods, and the female plant is dark in colour and shorter. It varies a lot in its potency, depending upon the variety and how it is grown and its storage. Tetrahydrocannabinol (THC) is an active ingredient which is present in all parts of both the male and female plants, but it is present in its highest concentration in the resin (cannabin) in the flowering tops of the female plant. 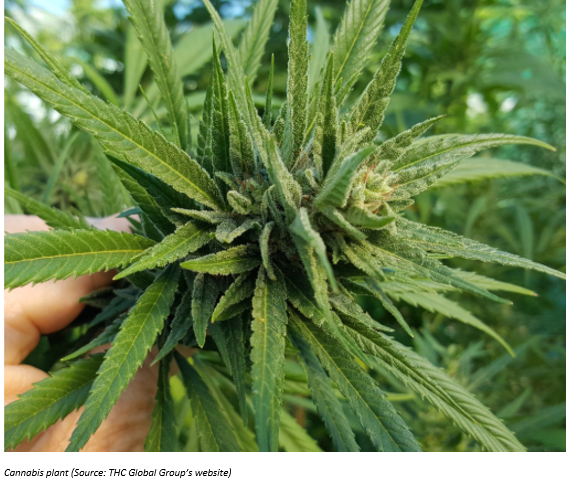 Marijuana usage in the ancient times:

Even, in ancient times, people used to suffer from diseases, cuts and burns etc. Back then, there were no modern medical facilities available, and the only solution was plants and herbs. Many plants have been discovered to have medical properties, but marijuana was one magical plant with properties suitable for medical usage. Since ages, it is being used as a go-to medical herb.

It has been known that people used marijuana to solve psychological problem and to get out of depression in the early days of Egypt. The Romans were known to get effective treatment for the extraction of insects from ear.

The plant is magical not only because of its healing properties, but also for its unique use cases. It was used for making oil, was used in food, high-quality fibre was extracted from this magical plant and was also used in drinks to get the same alcoholic effect as we get today in the hard drinks. In a nutshell, every part of the plant including leaves, flower, seeds, roots and stalk have been of use in some or the other form.

Marijuana in the modern world:

Although Marijuana is one of the best plants when it comes to its usage in multiple forms, all the positives are outweighed by Marijuanaâs psychotic effects. Smoking marijuana induces psychotic effects and is characterised by a loss of touch with reality, it can cause symptoms like hallucinations, dismantled thoughts, unusual behaviours etc. Due to these harmful effects, the use of Marijuana was banned by almost every country in the world. In many countries and cultures, it is still considered as a very controversial subject, and is even regarded as a âtabooâ.

But currently the scenario is changing across the world. There have been many extensive pieces of research being conducted on cannabis in the past few years. These researches have led to many magical discoveries of cannabis in the field of healthcare. These new medical applications have shifted the status of cannabis as a taboo or an illegal substance to be a magical plant for healing purposes.

Many countries and governments around the world are getting softer on the rules and regulations and are making amendments to regulate medical cannabis for recreational purposes. In the past couple of years, some prominent nations like Canada, some states of the USA went ahead and gave a green signal to the medical cannabis for recreational purposes.

Recently, Senate of Illinois gave green signal to the medical cannabis and passed legislation that would allow adults to buy and possess small amounts of marijuana. These broad steps by the government have laid the foundation and development of cannabis into an industry.

Marijuana as medical cannabis and its usage:

Medical cannabis and cannabis are not different from each other, and the difference lies in their usage. Over the years of research and development, some of the uses of the medical cannabis found are;

As mentioned earlier about the countries and governments stepping up in the medical cannabis sector, the businesses have played a major role here. The new industry with new opportunities has attracted a lot of companies on a global scale to invest in and explore this infant industry. Many existing companies have also diversified into this sector.

The world is witnessing increased demand in the adoption of cannabis as a pharmaceutical product to treat severe diseases like cancer, Parkinsonâs disease, Alzheimerâs disease etc. and the growth in the demand is expected to continue in the coming years.

From the taxation point of view, the government earnings can now have a different industry to collect taxes from, consequently leading to the development of the country.

With bright prospects for the usage of cannabis, many companies have thrown their hats into the ring and competing for future growth and shareholder returns. Letâs discuss some of the prominent ASX listed companies working in the cannabis sector; 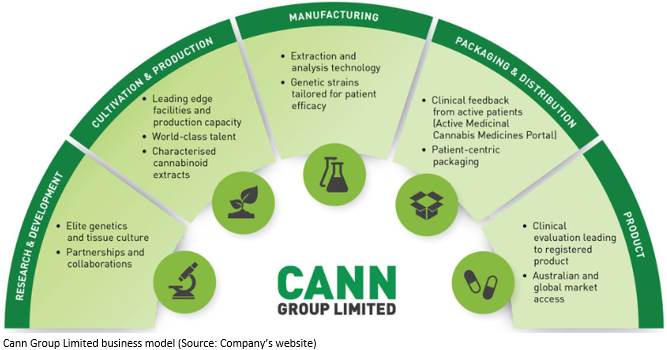 Recently CAN supplied cannabis resin to the Victorian government, to be used by patients in Australian. This was the first commercially grown supply and has increased the potential of the company going forward.

It also has a strategic investment in New Zealand based Pure Cann with a total stake of 20%, and they are working together to capitalise on the growing domestic demand for medicinal cannabis in New Zealand.

It is transforming the way to dispense the cannabis products and making it more accessible to healthcare providers, patients etc. on a global scale.

Recently the company appointed Mr Ido Kanyon as the new CEO of the company, Mr Ido Kanyon is having more than 15 years of experience in the pharmaceutical and medical device business. He is highly regarded in the industry, and his background in product development and commercialisation would help the company make further progress.

Some of the recent developments of the company are.

THC Global has a global agreement with EVE Investments Limited (ASX: EVE) for the research and development, farming and supply of medical cannabis. The companyâs global cultivation licence is under assessment, following the lease of a part of EVEâs certified organic farm which will add an additional capacity of 150,000 m2.

On 15th May 2019, With the grant of the export licence, the company is further strengthening its global footprint and its future growth potential.

It has a strong footprint on the global front, having worldwide rights for a number of unique and proprietary innovative delivery technologies. 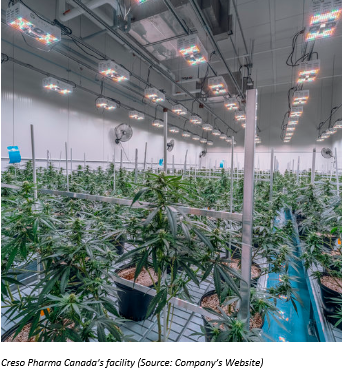 It also has regulatory approval from ANVISA, Brazilian health regulatory agency to import cannaQIXÂ® 50 into Brazil. CannaQIXÂ® 50 is used to treat chronic pain related to neuropathic diseases. The product is being distributed by MedDepot Brasil.

Every industry or sector has some amount of risk which may vary depending upon the life cycle of the industry, political scenario, economic policies, compliance, competition etc. Being an infant industry, cannabis sector also has some high degree of associated risk. One major problem is the black market, which is a bigger market than the legal and regulated market and drags the legal market with the revenue loss.

The sector is highly sensitive to the government regulations, and changes in these can induce uncertainty in the minds of the market participants.