In any industry or sector, where direct interaction with consumer comes up, the rule of demand and supply follows. The consumer-oriented companies usually generate their revenues from the increasing demand of their products in the market.

Let’s know about the 4 consumer discretionary stocks as follows:

Accent Group Limited (ASX: AX1) is into the distribution and retail of branded lifestyle footwear with more than 400 stores. The company recently announced that Michael John Hapgood has made a change to his interests in the company by disposing 83,283 ordinary shares, at a consideration of $1.67 on 16 September 2019. The number of securities held by him post-change was 12,000,000 ordinary shares.

On 22 August 2019, the company had published its full year results for the period closed 30 June 2019, wherein, it updated the market on its operational and financial performance: 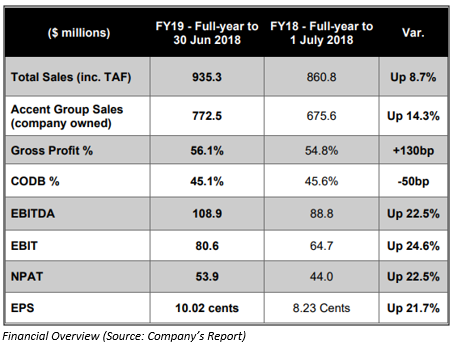 The group has announced a fully franked final ordinary dividend amounting to 3.75 cps. The payment date for the final dividend is 26th September 2019. This makes the full year dividends to reach at 8.25cps, reflecting a rise of 22.2% as compared to last year and implying a payout ratio of 82% for the year.

Bapcor Limited (ASX: BAP) is involved in the sale and distribution of motor vehicle aftermarket parts and accessories. The company also deals in automotive equipment and services as well as motor vehicle servicing.

An update on substantial holder

For the 12 months period ended 30th June 2019, a report was published by the company, wherein it provided a detailed overview of its operational and financial status:

A look at Substantial Holding

The company on 26 August 2019, announced its half?year results for the period ended 30 June 2019, wherein, it mentioned the key points as follows:

Super Retail Group Limited (ASX: SUL) is into the operation of specialty retail stores in the categories like automotive, tools, leisure and sports. The company through a release dated 20th September 2019 announced that it will be conducting its 2019 Annual General Meeting on 22nd October 2019. 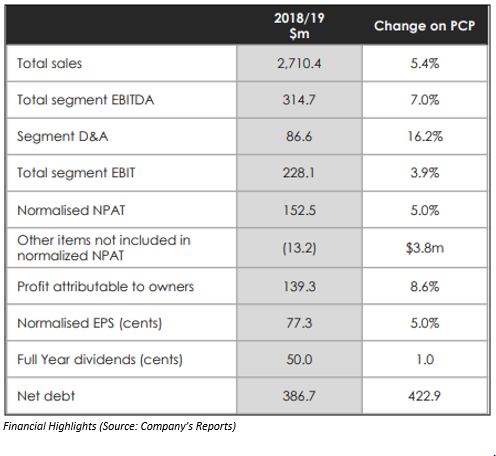