Overview of Consumer Discretionary Sector: Consumer discretionary sector comprises of companies that offer not so essential goods and services for the consumers but are in demand if they have sufficient disposable income to purchase them. The goods can include apparel, durable goods, automobiles, entertainment and leisure etc.

Let us now have a look at few ASX-listed stocks in the sector.

Dividend: The company recently announced that it will be paying a dividend of AUD 0.285 per security on 26 September 2019. 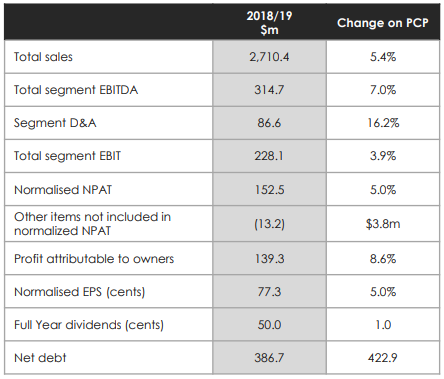 FY20 Trading Update: For the first 6 weeks of FY20, the group reported like for like sales growth of around 5% for BCF, 3% for Supercheap Auto and 2% for Rebel. LFL sales for Macpac reduced by around 3%. Coming to the company’s store development program, 6 new stores are being planned for Supercheap Auto. Alongside, the company is planning to shut down 1 store and undertake 12 relocations and extensions. Store development for Rebel will comprise of 3 stores being shut down along with 10 refurbishments, relocations and extensions. BCF and Macpac will see opening of 4 and 8 new stores, respectively.

Shareholding: The company recently updated that Vanguard Group became a substantial shareholder with 5.012% of the voting power.

Dividend: The company declared a dividend of AUD 0.175 per ordinary share with payment scheduled on 04 October 2019. 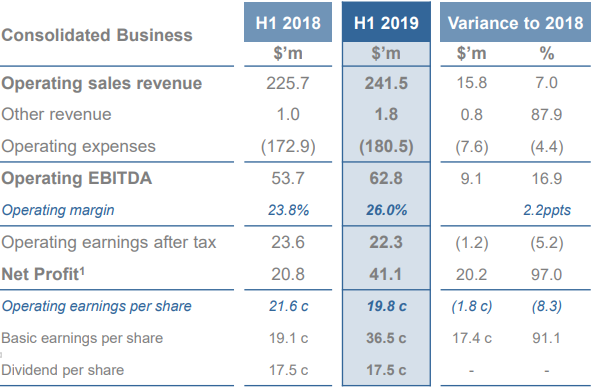 Growth Drivers: During the first half, deaths across InvoCare’s markets reported an estimated growth of 1.2% on prior corresponding period. Operating margin for the half increased by 220 basis points. In Australia, acquisitions provided an additional 994 cases. Case average in the country witnessed an approximate growth of 2.3% through disciplined distribution and sale of broader products. In New Zealand, case volume increased due to acquisition activity. In Singapore, the estimated market share increased by 110 basis points (R12) and the number of deaths rose by 0.5% on the back of re-opening of the main funeral location.

What lies ahead? – The company’s Protect & Grow (P&G) strategy is exceeding expected EBITDA uplift against BAU. The P&G strategy increased the Net Promoter Score indicating long term success. In addition, the equity raising conducted in February 2019 allowed the company to strengthen the balance sheet while funding the future growth opportunities.

Dividend: The company recently declared a fully franked final dividend of 21.0 cents per share for the financial year ended 30 June 2019. The eligible shareholders will receive the dividend on 18 October 2019.

Financial Performance: During the year ended 30 June 2019, the company generated sales revenue amounting to $443.89 million, rising 5.0% on prior corresponding period revenue of $422.68 million. Profit after tax was reported at $57.14 million, rising 12.1% on prior corresponding period PAT of $50.97 million. Over the past 10 years, the company’s annual sales revenue has increased at an average compound rate of 8.8%. During the period, cash flows from operations stood at $50.0 million, representing an increase of 11.6% on previous year. 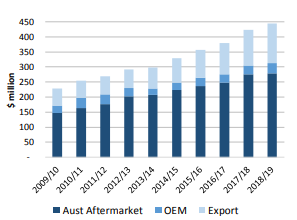 During the year, the company’s sales to the Australian Aftermarket increased by 1.6%, which now represents 62.9% of the group’s sales. Export sales increased by 9.8%, representing 29.4% of the group sales. The company reported strong growth in sales to original equipment manufacturers due to commencement of new contracts and a marginal shift of customers from the Aftermarket channel.

Outlook: The company seems well-positioned for long term success with the strong brands across the world, a strong balance sheet and growth strategies.

Jumbo Interactive Limited (ASX: JIN) is engaged in the business of retail of lottery tickets through the internet and mobile devices. 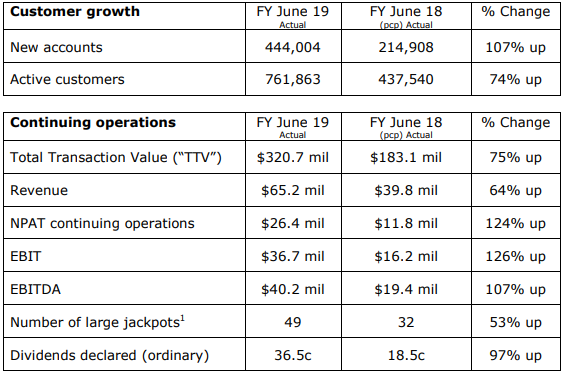 The company reported a strong start to FY20 with total transaction value increasing by 60.7% in July 2019, as compared to pcp. The period was marked by 5 large jackpots with an average value of $58 million, as compared to 7 jackpots at an average of $32.1 million in pcp. TTV increased continuously on the back of charitable lotteries, Alongside, the company witnessed continued growth in revenue from SaaS services.