Australian regions are blessed with an abundance of resources on their surface, which contribute to the wealth of the nation. The mining industry in Australia makes significant contributions towards the economy. Its large inventory of resources is driving the industries around the country. The mining sector is creating high-wage and high skilled jobs, with the government committed towards the ongoing development of high-quality deposits.

Data from the Australian Bureau of Statistics has unveiled that exports from the country’s mining sector are booming and setting up records every day.

Let us discuss recent updates from three players operating in the metals & mining industry and listed on the ASX.

Castillo Copper Limited (ASX: CCZ), headquartered in Perth, Western Australia, is an exploration company, primarily focused on copper, zinc, nickel and cobalt. The company was listed on the Australian Stock Exchange in 2010 and is progressing towards getting listed on the London Stock Exchange. Its projects are located in New South Wales and Queensland. Additionally, the company is focused on several high-quality prospective assets in Zambia. 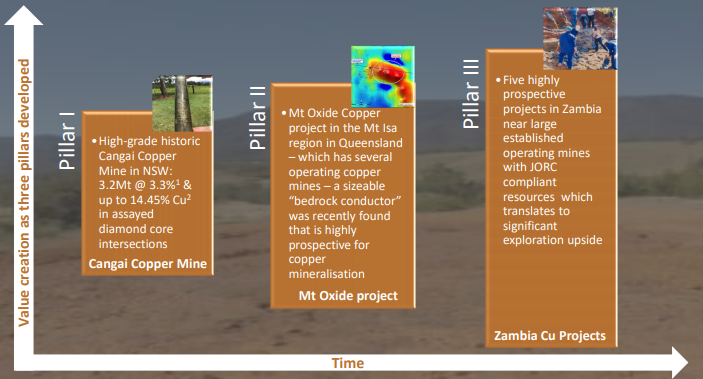 On 10 September 2019, the company updated the market with the second independent geological review on the priority Luanshya project in Zambia.

Its independent geologist is currently reviewing the acquisition of five Zambian assets. For the Luanshya project, in which the company owns an 80 per cent stake, the geologist reported that the project is high-quality and delivers exploration upside. Moreover, the project holds the potential to host copper mineralisation due to favourable geology and location in the vicinity of basins with world-class cooper deposits.

After a comparison with heritage data, it was verified that most of the underlying geology of the project’s southern portion is Lower Roan Group. China Nonferrous Mining Corp (CNMC), a Hong Kong listed company, has three operating mines in the Luanshya region that produced 5,806t contained copper in concentrates in 2018. Additionally, Proved and Probable JORC (2012) Reserves was 52.3Mt @ 1.26% Cu2, encompassing CNMC’s three mines at end 2018. 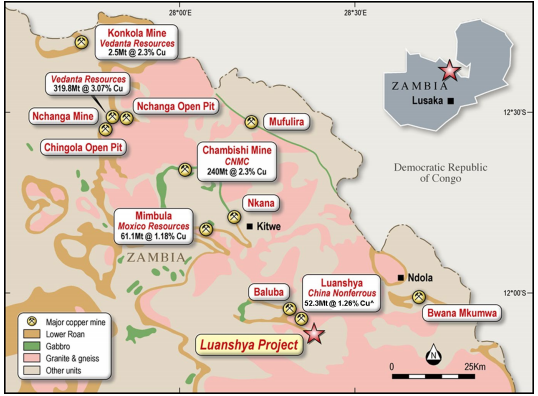 On 4 September 2019, the company announced its decision of systematically profiling the three core pillars in more depth, in the lead up to the standard listing on the LSE. Releasing an investor presentation, the company stated that its focus on the Mt Oxide Pillar would be to develop viable copper mining operation at the Mt Oxide project, which is located near to historic as well as operational copper mines including Lady Annie and Capricorn Copper.

Arya Prospect is the exploration target and the main highlight, which was identified by an airborne electromagnetic survey conducted by Geoscience Australia. 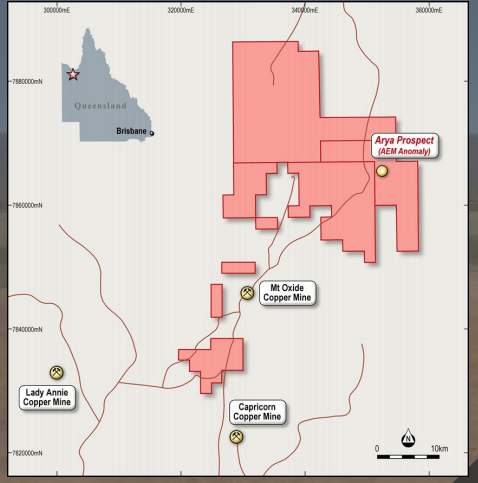 Update on Cangai Copper Mine

On 2 September 2019, the company announced encouraging assay results for legacy stockpiles at Smelter Creek with the line of lode at Cangai Copper Mine. The company has leveraged previously metallurgical test results, which showed copper concentrate recoveries of more than 80 per cent and grades up to 22 per cent. These results have been shared with Noble Group, a Singapore based company, with whom the company is targeting to execute a binding off-take agreement.

Hammer Metals Limited (ASX: HMX), a gold and base metals explorer, was listed on the ASX in 2003 and is headquartered in Mt Lawley, Western Australia. The company is focused on discovering large gold-copper deposits of Ernest Henry style. HMX has completely acquired the Bronzewing South Gold Project and has a 51 per cent interest in the emerging Jubliee (Cu – Au) deposits. Additionally, it has a strategic tenement position in the Mount Isa mining district.

On 10 September 2019, the company announced an update for Mt Philp Breccia complex IOCG target. Follow-up rock chip sampling over copper-gold soil anomalies at the complex found a new zone of mineralisation called the shadow. The prospect is located within a breccia zone that is in the northern end that adjoins the Mt Philp Hematite Deposit

Moreover, the company has planned to undertake mapping and sampling of the shadow area, with the current evaluation of the remaining soil geochemical anomalies. The initial phase of RC drilling at Bronzewing South is now completed, and all the samples received from the RC drilling have been submitted for assay. The company is likely to start a second drill programme in late-September 2019. 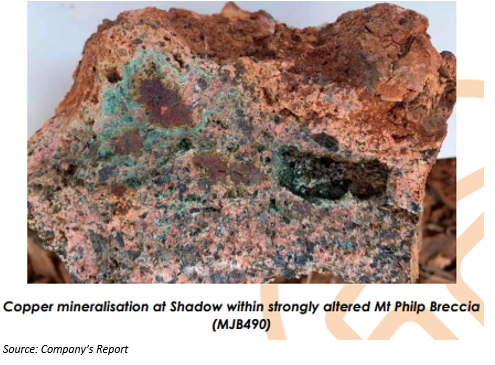 On 15 August 2019, the company had announced the major drill program at Bronzewing South Gold Project. An initial program of 2,500m of RC drilling was planned to provide the assessment of targets generated from the company’s structural analysis and evaluation of historical data. The focus of this program was the targets along strike to the south of the Bronzewing mine. The south project comprises 110km2 of prospective wholly-owned tenements that cover corridors to the south of the Bronzewing gold mine and north of the gold deposits held by Echo Resources Limited.

On 10 September 2019, the company unveiled that the results have been received for the analytical and mineralogical examination of 12 heavy composite mineral concentrates from the Governor Broome South East Mineralisation. The results depicted that the mineralisation is uneconomic.

The assemblage within the lower units is uneconomic. The South East area of the Governor Broome Project has been demonstrated to not contain potentially economic heavy mineral mineralisation.

The company is continuing to work with its consultant on the economics of the Governor Broome Sands.