On 28 August 2019, S&P/ASX 200 closed higher by 29.4 points to settle at 6500.6. In this article, we will discuss ten ASX-listed companies engaged in the exploration & development of numerous metals & minerals.

Recently, the company released much awaited Pre-Feasibility Study (PFS) of San JosÃ© Lithium Project. Accordingly, on a 100% ownership and pre-tax basis, the project economics were NPV?? of US$860 million, an IRR of 42.3% capable of generating US$6 billion in gross revenue.

Meanwhile, the study resulted in an extended project life from 19 years of mining operations to 30 years of lithium hydroxide production. 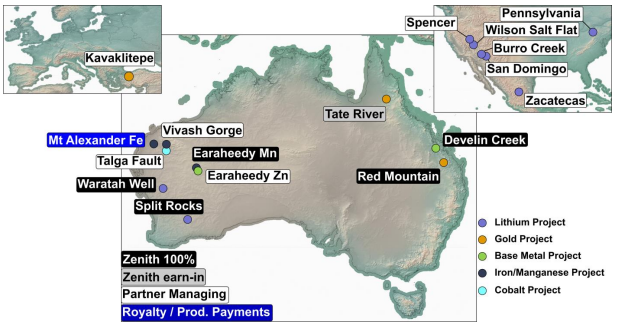 In its latest quarterly report, the company has presented its intention to pursue Rare Earth Metal developments in the US. Besides, a new style of mineralisation was recognised at the Earaheedy Zinc Project hosting Zn Pb. Further, in its JV at Burro Creek Lithium Clay Project, an additional exploration target was updated, lithium recoveries up to 85% and potassium recoveries up to 82% were depicted via test works.

Recently, the company notified regarding progress towards commencing the maiden drill program at Bronzewing South Gold Project. Accordingly, the company has a preliminary program of 2,500 metres of RC drilling to assess the targets generated by structural analysis, historic geochemical data, and new geophysical data. 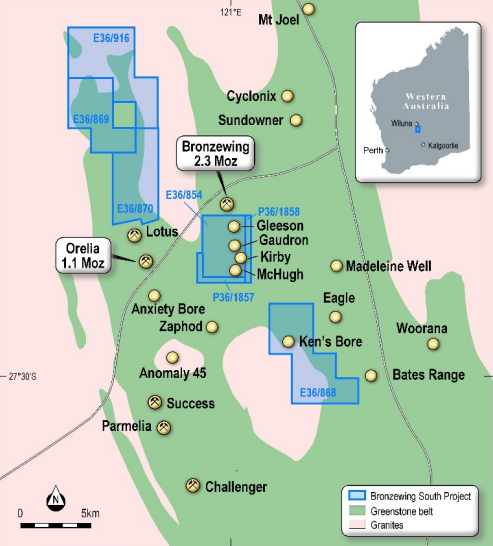 Recently, the company reported that the due diligence was completed to acquire Cheetah Resources Pty Ltd. Accordingly, the acquisition is subject to shareholder approval, and the company expects to dispatch a notice of meeting to shareholders around 23 August 2019 to approve the transaction.

Meanwhile, the company expects to complete the transaction by late September 2019. The company has provided an unsecured loan facility of up to A$3 million to fund Cheetahâs obligations under the Avalon Agreement, the Montero Agreement and working capital. 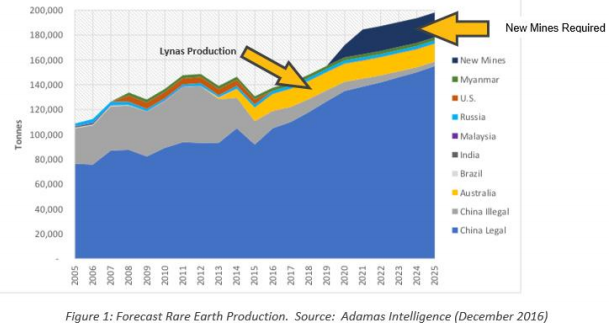 Further, the company would be increasing the facility to A$4.5 million. 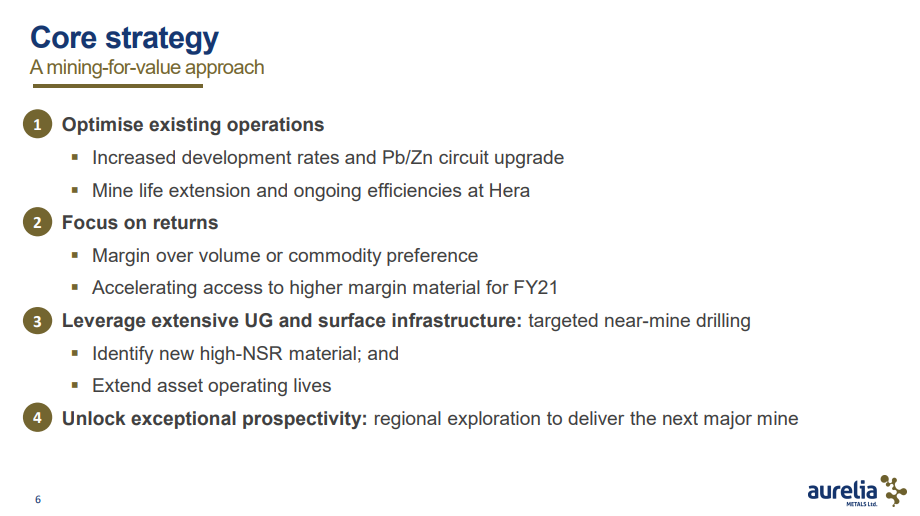 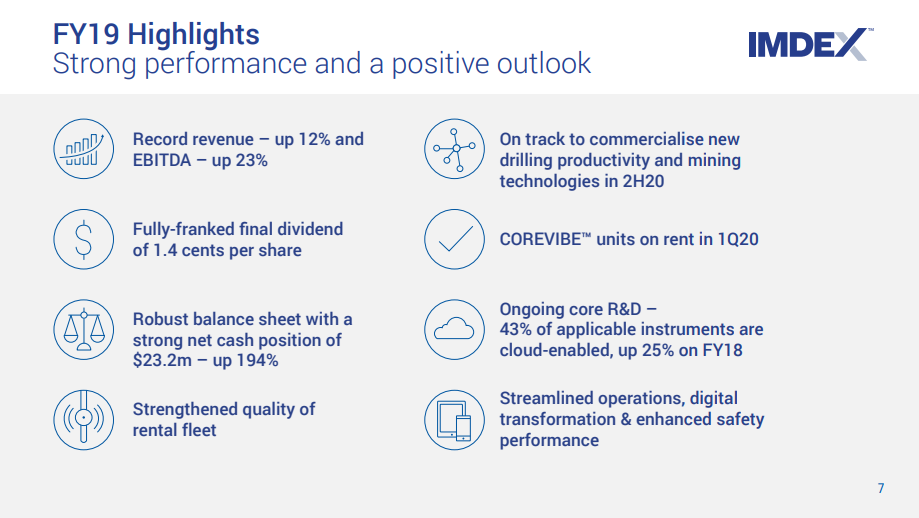 Reportedly, the company noted that FY20 has started in a positive note, and the increase in activity was evident in the last quarter of FY2019.

Besides, the demand for its cloud-connecting devices is increasing. In June 2019, 43% of Imdexâs devices were actively pushing data to MDEXHUB-IQâ ¢, which is an increase of 25% over pcp.

Lithium producer, Galaxy Resources has recently secured a debt facility through a consortium of lenders. Accordingly, the company is acquiring the senior secured loan facility provided to Alita Resources Limited (ASX: A40), and it has finalised an agreement with the consortium led by funds that are managed by Tribeca Investment Partners Pty Ltd.

Reportedly, the sale & purchase agreement and transfer certificate enlist the transfer of the rights, title and interest of the facility, with a principal value of US$28.8 million. Meanwhile, the total amount assigned and paid was US$31.1 million, including accrued interest, fees and costs.

Further, the company would be releasing half-year results on 30 August 2019.

Recently, the company has declared an unfranked dividend of A$0.01 per share payable on 29 November 2019 to the shareholders in records on 8 November 2019. Meanwhile, the company has committed minimum funding of $6.55 million to earn a maximum interest of 70% in the Manganese Minerals Rights over the Bryah Basin Manganese Joint Venture. 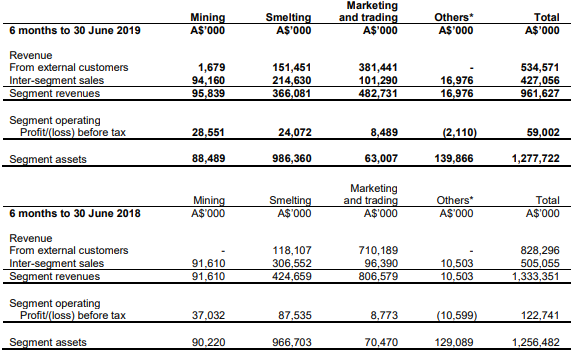 Meanwhile, 34,120 ounces of gold and 6,347 ounces of silver were credited to Rand and Tribune Bullion Accounts, and the company holds a 75% interest.

Recently, the company reported a drilling update at its project in the western Vardy area. Aeon Metals unveiled the significant presence of base metal mineralisation in the recent drill holes completed within the area. 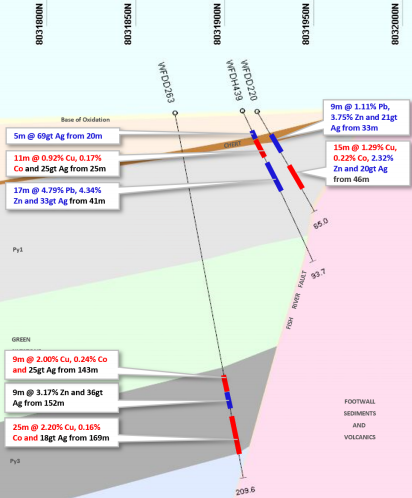 Meanwhile, high-grade copper and cobalt mineralisation was returned adjacent to the Fish River Fault (FRF) in both the PY1 and PY3. Eight drill holes were completed for metallurgical and geotechnical program purposes, which were also designed to test the mineralised zones around the western extent of the planned Vardy pit design.

Now, the company is emphasising on infilling the relatively lightly drilled Amy zone, and this drilling is targeted to deliver growth in the current estimate of Inferred Resource for the zone.